And the response to Absolution

“Hitman is 15 years old,” IO Interactive head Hannes Seifert said. “That’s a long time. Tastes change. It’s time to get back to Hitman.” That was Seifert’s explanation for why the next game in the series has forgone a subtitle. However, it may as well have served as the mission statement for how the studio plans to develop Hitman.

In our hands-off demo, it was apparent that IO Interactive wanted to accomplish two major goals. One of those was to construct intricate and interesting levels. The other, which piggybacks off the first and is more integral, is that the developer is really taking strides to give the player options.

Seifert eventually relented that this approach is somewhat a reaction to Hitman: Absolution‘s reception. Long-time fans had issues with its linearity and checkpointing system. Some complained about assassinations taking place during cut scenes. It just didn’t feel like the Hitman games that they loved. Seifert says that he wants this take to be more “unique and creative.”

From what we saw, creativity should be a pillar of gameplay this time around. There’s so much happening at any given time, leading to seemingly endless possibilities. Seifert pointed out how almost everything could be used as either a distraction or an instrument of death. Chandeliers can be cut loose, gas lamps can be tampered with, weapons could be smuggled inside electrical equipment, liquor could be poisoned, et cetera ad nauseam.

Our approach was a bit more customized. We planted an explosive device behind a guard and then threw a coin to alert him. Proficient in his line of work, he noticed the mine, disarmed it, and picked it up so no one would get hurt. He took it to the guard center inside which was past security. All we had to do was retrieve it later. Sucker.

People who know and love Hitman might pick up on this style immediately, but newcomers won’t necessarily know how the game’s systemic nuances work. Seifert’s solution to bridging this gap is an “opportunity alert” that doesn’t quite guide the player, but informs them that something can be done. He noted that it’s very important that the feature be able to be disabled. “Hardcore players will turn it off right away,” Seifert said. “They want to discover things on their own.” 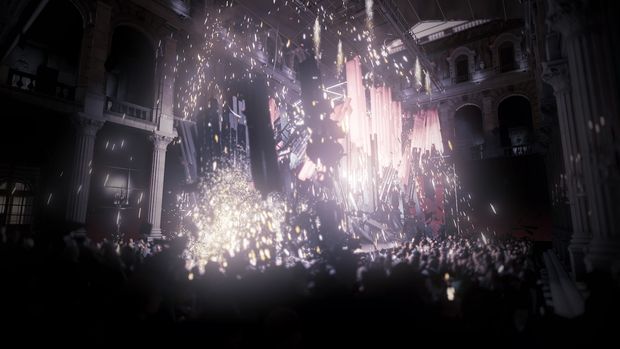 There’s a lot to do in Hitman, and all these unique methods stem from the density of the levels. The stage we saw was set at the iconic Parisian Fashion Week (not my first time virtually touring the French capital). Seifert said that this was one of the smaller settings, yet it’s still six times larger than anything in Absolution. Likewise, Absolution had around 30 NPCs with their own routines and lifecycles per level; Hitman will have around 300.

Everything’s bigger in Hitman, but it’s not just for the sake of being bigger. It all leads to more options, which is exactly what players want from a Hitman game. There’s no trick to being more efficient implementing this, either. It simply just takes more time. Seifert says that it has taken IO Interactive around a year to complete any given level.

They take a while to create, but those levels will likely get a lot of use over time. One of the major planned features is an assassination mission that rotates out every two days or so. The catch is that players are only given a single try. If they botch it, the target gets away and they have a black mark on their permanent record. Success will be rewarded with unique items to carry into the campaign and leaderboard glory. 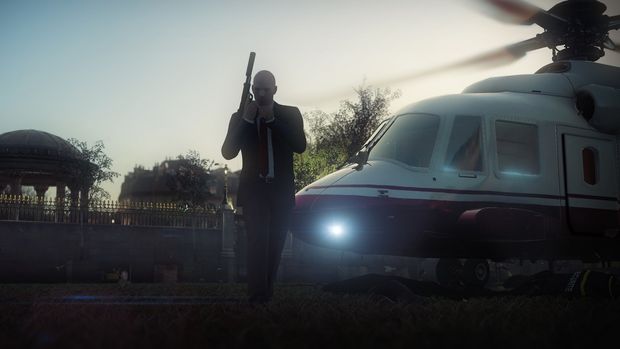 This is indicative of Seifert’s beliefs on post-launch content. He doesn’t think that developers should spend four years creating a game, put it out, and then get working on another four-year cycle. Instead, he wants to offer players new things with regularity.

That mindset isn’t too unique, but Seifert is interestingly against paid DLC. That’s why Hitman will have none. He said it’s a model that he lobbied for, and admitted that it was a “tough sell.” Everyone likes their money, after all. Still, somehow he won. The price of the base game is all people will have to pay to fully experience his game.

Really, when you boil it down, Seifert’s adamant attitude toward constant content is just another angle for all that Hitman wants to accomplish — it’s another way to give players options. The appealing idea here is that everyone will have a personal experience with the game — their own stories to tell about an assassination gone right or awry. That, as Seifert would put it, is how they’re getting back to Hitman.