Since its 2000 debut, I kind of viewed Hitman is one of those franchises to just float around in: when I get to it, I get to it.

Like all gaming IPs it can fluctuate in quality, but at the end of the day, you can typically count on a fun arcadey experience with Hitman. That all changed when I saw what IO Interactive was doing with the “World of Assassination Trilogy,” the newest effort that began in early 2016. While some balked at the idea of episodic Hitman, I enjoyed the bite-sized and focused approach of “medium” sandboxes, and have been eagerly awaiting them ever since.

We recently got our hands on Hitman 3 and were able to test out the Dubai mission; so far, so good. 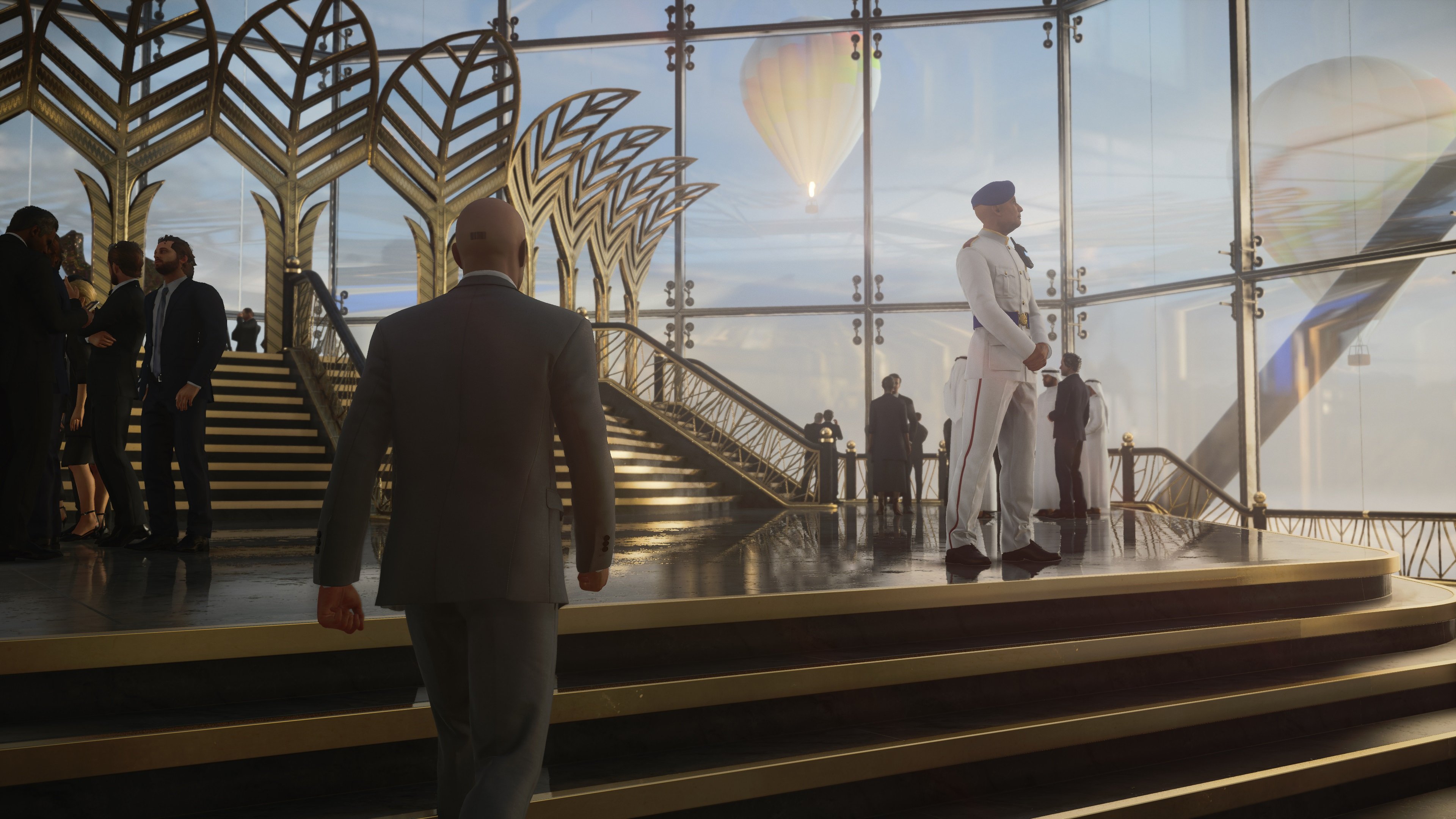 Hitman 3, out later this month, doesn’t mess around.

It assumes you already kind of know what you’re doing, and adopts a “darker” tone compared to the past World Assassination games; at least according to IO Interactive. So far, that seems about right. With some good ‘ol narrative exposition, we learn about the history of the new storyline and the shadow war playing out behind the scenes.

With its opening cutscene, I found myself dragged in a bit more to the overarching shtick. In the past it was easy to sleepwalk through or even skip, but now it kind of begs to be listened to. Some of you are still going to skip those scenes: I’ll watch them! The dialogue is a bit over-important at times, but it has just the right amount of thrill factor to it.

It helps that the Dubai inaugural mission (complete with skydiving in) immediately gives off Tom Cruise-era Mission Impossible vibes. There’s an immediate sense of urgency to the Dubai stage from multiple angles, and more concerted effort for “cinematic” flourishes like scripted audio crescendos as you enter specific areas. It’s good! 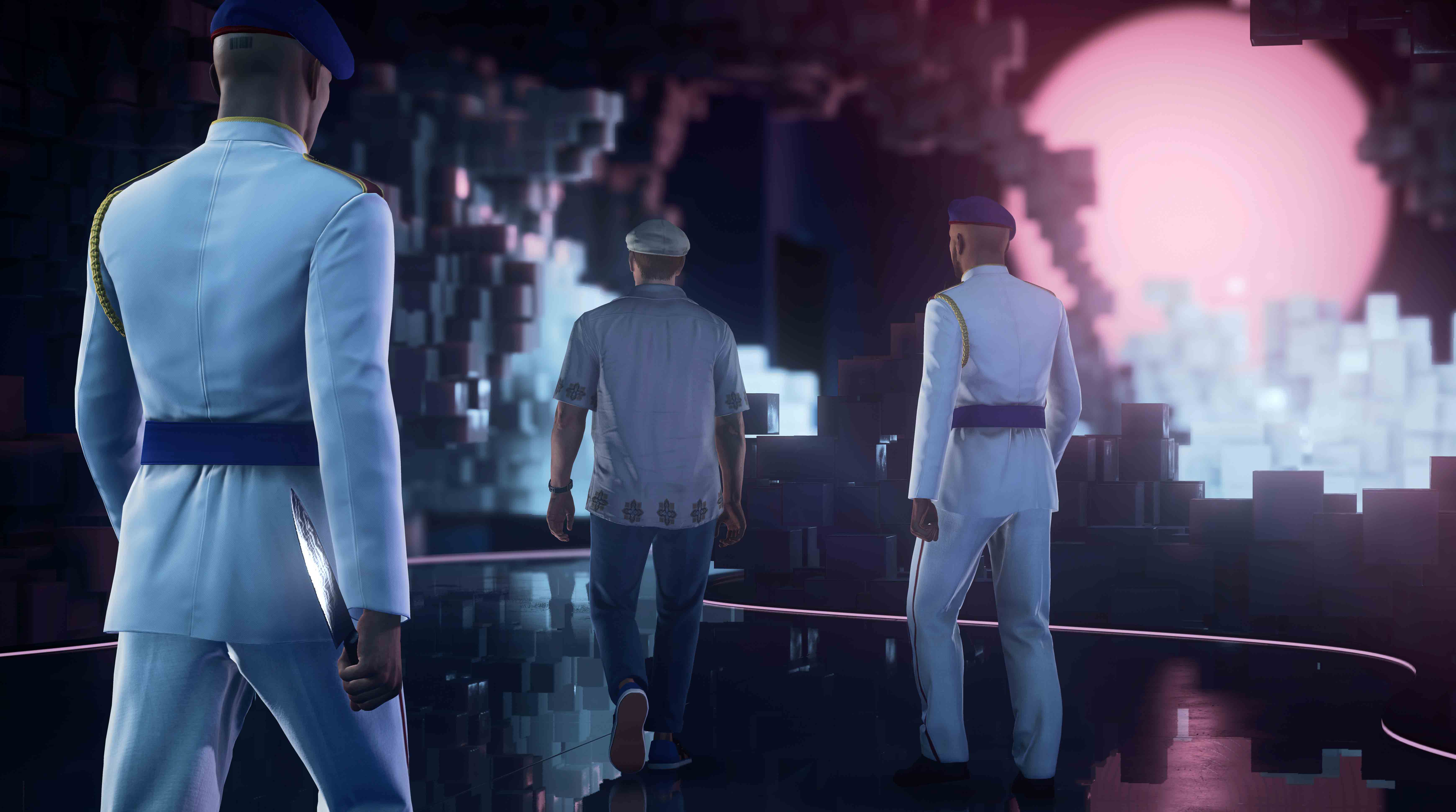 After playing through Dubai just once, I was reminded of the polish that this sandbox concept affords. IO Interactive can really nail the look and feel of each location, down to the very last crowbar location. While I can’t reveal some specifics at the moment (we’ll save that for the review), suffice to say that in a lot of ways, it feels like a refinement of the trilogy thus far. Dubai is a visual treat, worthy of the multiple showcases and tradeshow reveals that IO Interactive has carefully shown off so far.

It’s also still open-ended and silly. There’s nothing quite like pushing someone off of a fifth-story railing trying to be completely incognito; only to immediately notice someone walking around the corner seeing you do it. I had a blast taking advantage of the shortcut system, which unlocks new points of entry for repeat playthroughs. Repeating missions has become a big part of the trilogy as a whole, so it’s nice to see that carry-over here.

I’m trying to save some surprises for the full game, but I already have a great feeling about Hitman 3 based on a few playthroughs of Dubai.

[As a note, there will be a way to import progress (unlocks) from the previous trilogy entries, but it was not live at the time of this preview.]