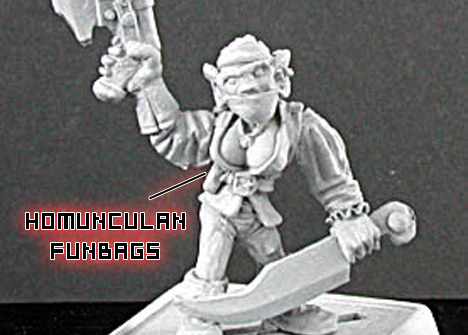 A long time ago, I posted a piece about an article from Armchair Arcade chronicling the evolution of the computer role playing game from the days of yore to the days of less-than-yore. Today, I bring you part two of the exhaustively detailed retrospective written by Mr. Matt Barton, and while this one is hosted by Gamasutra, you can be sure it’s of the same quality, and contains the same in-depth nerdery as the previous article.

While the first one featured games that were rendered out of shadows upon the walls of caves, the second one features games (The Bard’s Tale, SSI’s Gold Box series) that made a tremendous technological leap. Now, when they wanted to describe the luscious breasts of the goblin queen, they could digitally reproduce those homunculan funbags, instead of writing something idiotic like ‘homunculan funbags’.

It’s very late and I can’t think of anything to top ‘homunculan funbags’, so just go read the damn article.