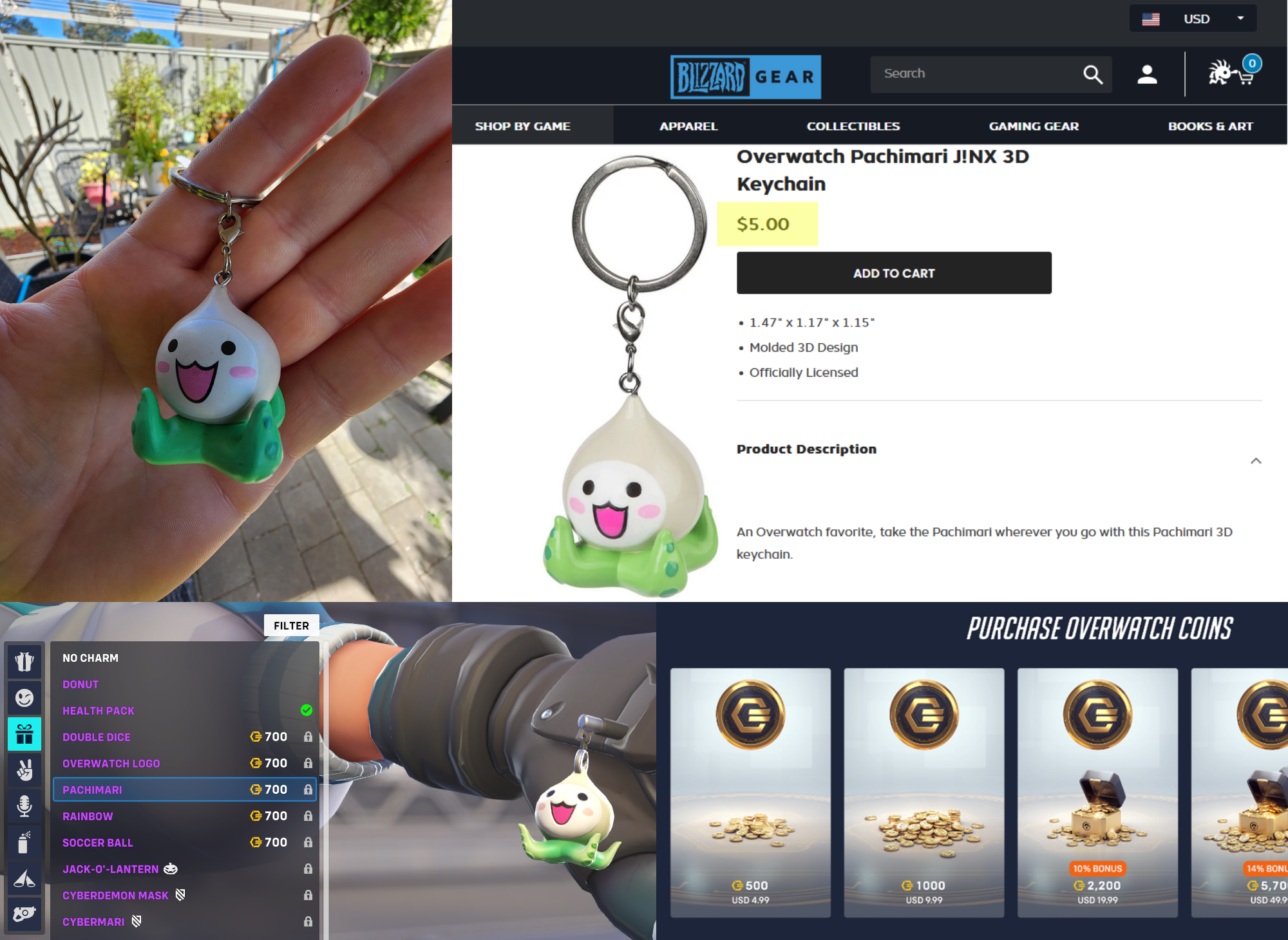 Yikes! That’s just about the only thing that can sum up a lot of Overwatch 2 news post-launch, but this Overwatch 2 charm situation is so funny it has to be shared.

Over on the Overwatch Reddit, user hi_im_redbeard shared an anecdote that showcased how out of control the monetization scheme is in Overwatch 2. In short, they purchased a real life Pachimari keychain/charm that they can hold in their hand for cheaper than it costs to buy the same Overwatch 2 charm in-game. Showing their work, the Pachimari charm (literally just an in-game side item, almost NFT-like in nature) is 700 Overwatch Coins, which is more than $5 (which converts to 500 Coins). Yep, you have to do the standard scummy “buy more than you need” conversion here, so it’s even more expensive than roughly $7 if you need to top up.

There are plenty of economic nuances afoot, and this wouldn’t be the first time something like this happened; as some games (Pokemon Unite included) can put out insanely high-priced limited-run skins that are more expensive than an action figure of the character in question. But this particular incident showcases how Overwatch 2, in its move to “free-to-play” (and erasing the original premium game) has shoved in even more ways to monetize its audience with new cosmetics.

When some fans are asking to bring loot boxes back, you know you have a monetization problem. It’ll be interesting to see just how much content Overwatch 2 gets over time, how it’s even further monetized, and what the PVE element brings to the table (more monetization?).