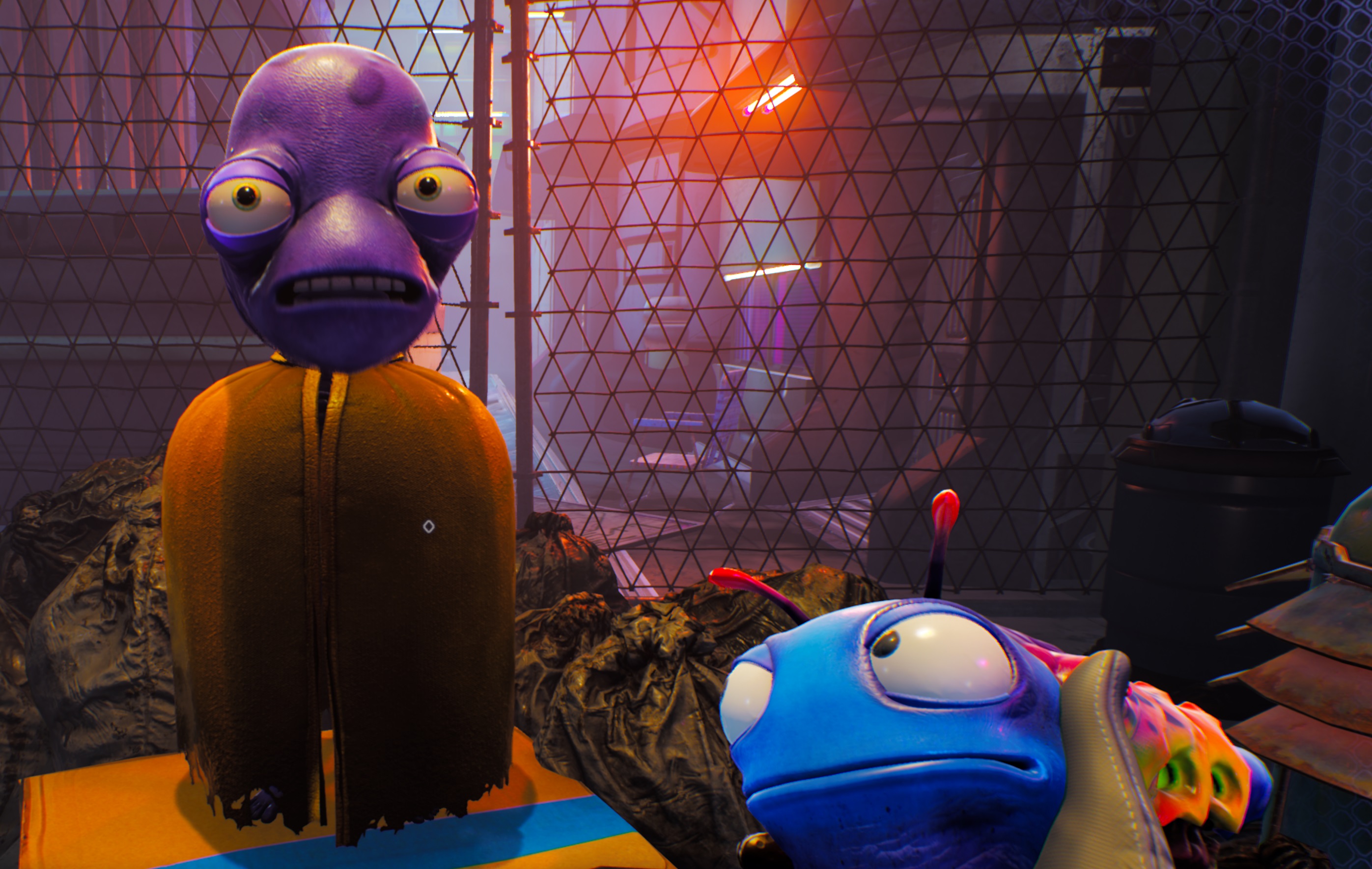 Justin Roiland once again does a lot of the legwork

High on Life is a veritable smorgasbord of cartoon and video game voice acting. As is customary, since this is a Justin Roiland production, he’s going to be doing a lot of voices: but at this point he has a lot of friends and connections, so the entire cast is stacked as well. Here’s a list of everyone who plays core roles in the games, as well as some minor appearances/cameos.

Principal cast (the guns/knife, in the order you acquire them – plus your mentor, Gene, and your sister, Lizzie

Note that a few of these appearances are very short, to the point where they’re mostly cameos. Several appear in scenes that last 30 seconds or less. In terms of the cast itself, Roiland is also linked directly to Thomas Middleditch and Mary Mack: who play Terry and Jesse respectively alongside of Roiland in the TV show Solar Opposites.