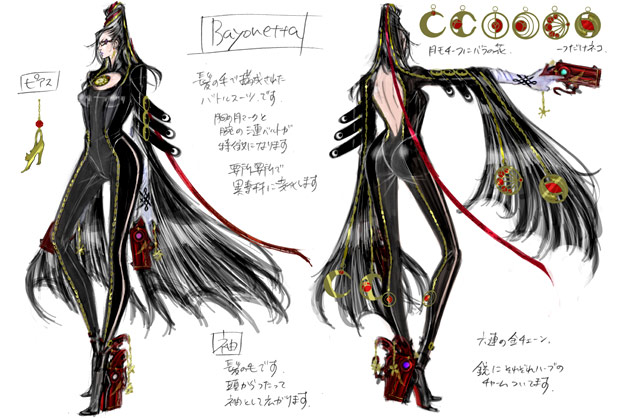 One of the interesting things about blogging about videogames is that, in a lot of ways, people in the industry make my job relatively easy. For example, while I was playing Borderlands today, Hideki Kamiya started spouting off to Game Informer about a sequel to the well-received Bayonetta. Boom — instant news.

In an interview for the March edition of GI, Kamiya, who produced Bayonetta, teased that Platinum Games “obviously have love for the work we have created, so I don’t see anything wrong with Bayonetta 2. Personally, I’d like to approach the world of Bayonetta from a different angle, in the form of a spin-off.”

Spin-off is a dirty word in most circles, so it’s interesting to see Kamiya embrace the idea right off the bat. The obvious choice would be to feature Jeanne in a protagonist role, but there are a slew of dimension-hopping characters to choose from. Not to mention that the environments in Bayonetta are pretty luscious and vivid — there’s no dearth of space to explore.

On the other hand, sequels aren’t really Hideki Kamiya’s thing. Kamiya cut his teeth at Capcom and has worked on a lot of big name titles, but he made his name as a game director with Devil May Cry. There were three other DMC games, but he didn’t work on any of them. In fact, he’s never reprised a directorial role — he directed Resident Evil 2, but none of the other games in the franchise; he directed Viewtiful Joe but not its two sequels (although he wrote the story for them); he directed Okami, but its DS sequel, Okamiden, is being handled by Capcom’s Kuniomi Matsushida.

In any case, even if a Bayonetta sequel surfaces, it probably won’t be for a while, which leaves us plenty of time to speculate: if you had your druthers, what would you do for Bayonetta 2?