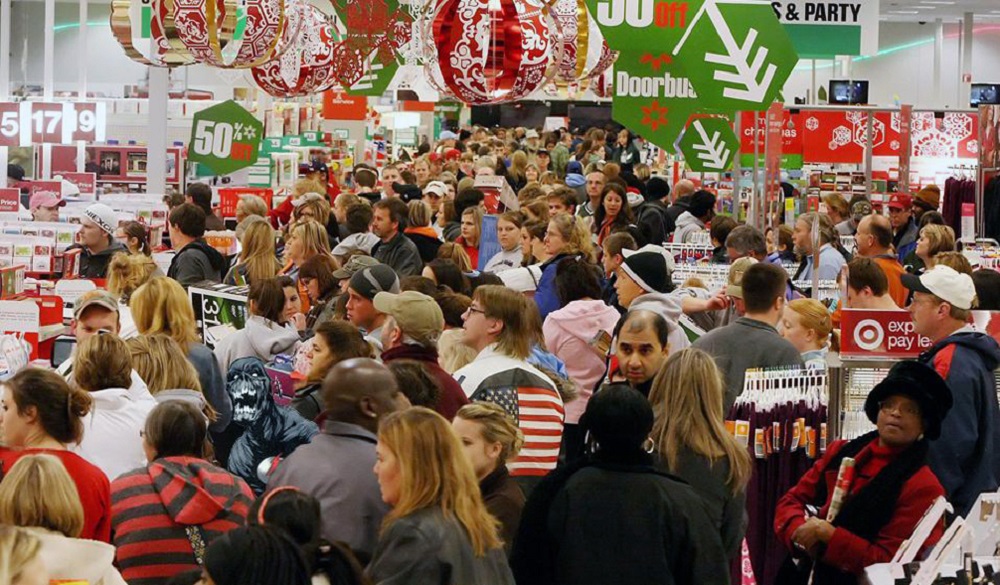 I have no problem admitting this: I am a cheap bastard. A very cheap bastard indeed, as it were. For about 90% of the things I buy, I’d rather wait until there’s a decent sale or discount and go without them than pay full price and have it now. This goes for literally everything — food, clothes, toiletries, games. You name it, and I’m waiting to buy it until it’s much cheaper than it is right now.

Which is why Black Friday kicks so much ass. Retailers are desperate to pull money out of my wallet and into their cold clutches, and will stop at nothing to lure me into their web of consumerism. For the most part, I withhold my affection to the Retail Gods like a distant stepmother; but come Black Friday, I wiggle these fingers and grab indiscriminately like Uncle Terry after four too many glasses of wine over Thanksgiving dinner.

There are always a few items I specifically hold out on until they hit those sweet, sweet Black Friday prices. I think pretty much everyone holds out for TVs and other electronics, and Amazon usually has some good deals on their brands of various consumer goods. Hell, my mom used to wait to buy candles until Black Friday. Uh, I guess there are good BF deals on candles? Who knew?

So our question to you is: What specific games or gaming items have you been holding out on until Black Friday?

We asked our C-Blogs readers what was on their Black Friday hitlist, and here’s what they had to say.

Retrofraction knows all about paying too much for something too early:

Boxman214 is in the holiday spirHEY WAIT:

I’m saving all my money to buy your mom some lingerie.

Confused as he may be to the locations of the deals, at least Shoggoth2588 knows what he wants:

Kirby: Star Allies! It’s going to be….I think between $30 – $35 and I think it’s Wal*Mart with the cheaper price. I’m probably going to grab Monster Hunter World too which is $20 at…I think Best Buy.

ThisIsAName and I have many similar problems:

Looking at my bank account…not a whole lot. Instant gratification is a hell of a drug. Though I should probably invest in a new non-gaming laptop. My 2008 alienware I stole from my partner is finally giving up the ghost.

I’m glad I don’t have kids to entertain. Pour one out for Vesalius:

I don’t know yet. Birthday is coming up and I normally don’t get myself much of anything. Kinda feeling impulsive this year.

Kids really want a Switch, but I’m probably gonna hold out. I want to get the XCOM 2 season pass and finish off my Total War: Warhammer DLC. I need to find a game on steam with local coop the kids can play and won’t lose interest of after five minutes. They’re really into Genesis and Atari ports.

What’s this restraint you speak of, Voodoome?

I’m waiting till Black Friday to grab my wife a new headset. As far as myself is concerned I don’t usually buy for myself around this time of the year. My wife has plans for Christmas I’m sure and I don’t want to ruin them.

I just finished Spider-Man and DQXI though and I’m really resisting the temptation to buy RDR. I’m playing Assassin’s Creed Unity instead, and just waiting to see what Christmas brings.

That’s our Adzuken, always looking for new games to play:

Oh, you know. Whatever becomes affordable. Wouldn’t mind picking up WWE 2K19, EDF 4.1 for the hubby and I, Mutant Football League, and any number of odds and ends. I don’t discriminate, I just want something new to play.

I’ll probably also obsessively look at Calico Critter prices, trying desperately not to buy any. Will I cave? Probably.

Occams goes for the essentials:

Hey sp testure, you should change your name to sp posture:

Well I already ordered a new gaming chair. They were having one of those pre Black Friday deals on Amazon. So I took the plunge…

So, what about you? What’s on your Black Friday hitlist?