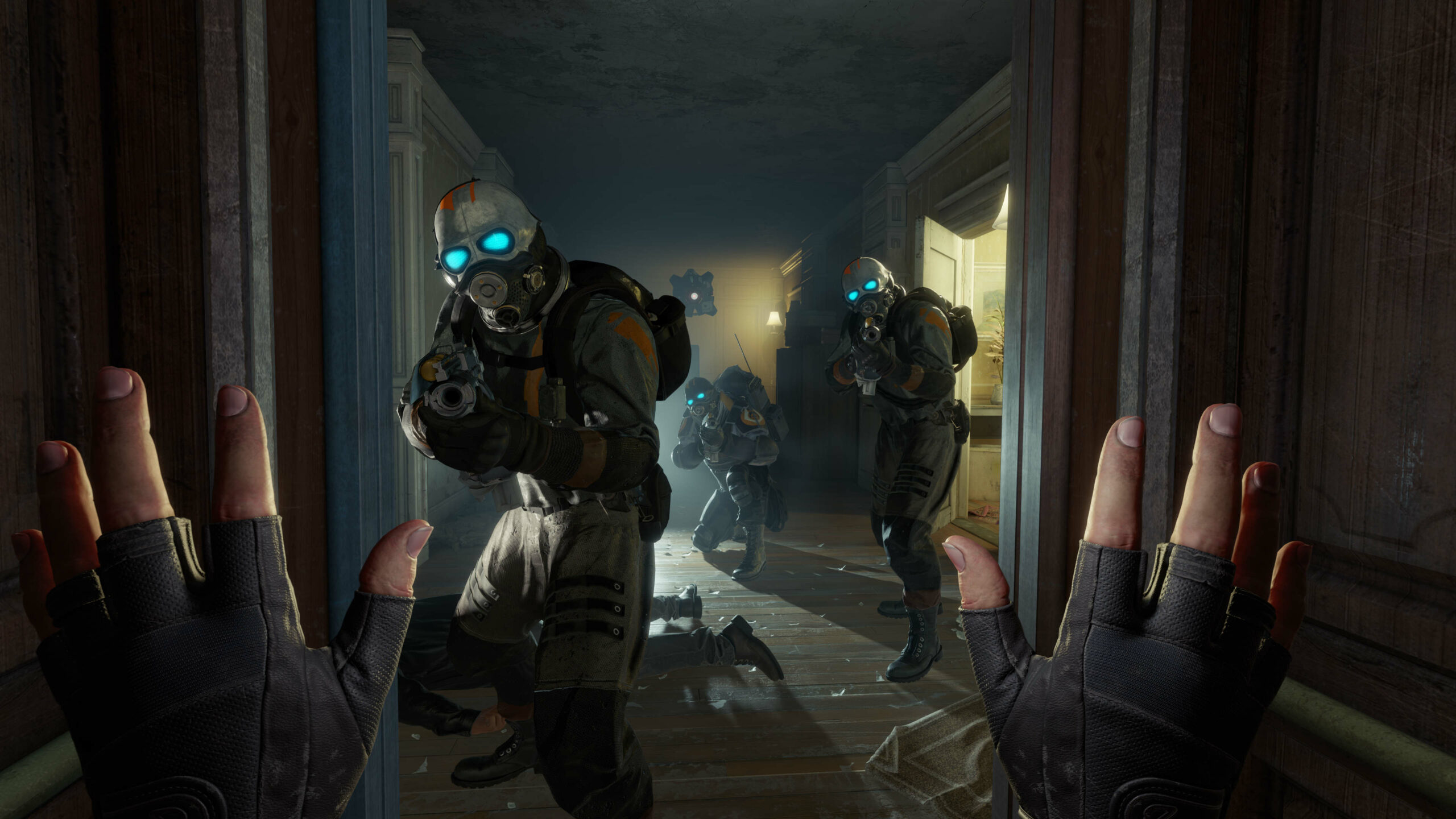 Earlier this week Valve revealed that there’s a new Half-Life game in the works called Half-Life: Alyx. Whoa calm down there champ! It’s a VR project.

This is something every Index user sort of predicted, as the company launched the hardware with one app that had killer potential but ended up being a tech demo (Aperture Hand Lab). Valve needed to eventually give people a reason to buy the device, and a new Half-Life will probably move some units.

Now that Valve has fully pulled back the curtain, you can more easily ascertain if this is your jam. It takes place between Half-Life and Half-Life 2, and deals with Alyx Vance and her father fighting The Combine (CMB) alien race. Valve says the game was created “from the ground up” for VR, but has Half-Life staples like puzzles and “visceral combat,” as well as an emphasis on story and exploration. Some of the environments shown off so far (apartments, citadel, elevator, courtyard, lab, sewer, all in the gallery below) look pretty incredible.

Now here’s the sticker shock: Half-Life: Alyx is $59.99 at launch, with a nebulous March 2020 release window on PC. If you own a Valve Index headset (or just the Index controllers), it’s free. Valve says that “all PC-based VR headsets” can run it (so, the Vive and Rift, the two most popular, are good to go, as well as Windows Mixed reality and the Quest Link), and it will be powered by Valve’s Source 2 engine. Roomscale and sitting/standing play are both available, with teleport, continuous [realtime] movement and a “shift” system that’s a little bit of both. Index owners will automatically have the game added to their library with extra bonuses: SteamVR Home Half-Life spaces, alternate gun skins and Counter-Strike: Global Offensive “special content.”

You can check out a statement from Gabe Newell below, who is once again really freaking jazzed about VR. Here’s the official Steam page, where you can pre-order it now. As an Index owner I’m good to go, but I’m really interested in seeing just how far Valve went to ensure that this was a real Half-Life game; and not just an episodic tech demo that so many big IP VR projects end up as.

“Everyone at Valve is excited to be returning to the world of Half-Life. VR has energized us. We’ve invested a lot of ourselves in the technology. But we’re also game developers at heart, and to be devoting ourselves to a VR game this ambitious is just as exciting. For that to come in the form of Half-Life feels like the culmination of a lot things we care a lot about: truly great games, cutting edge technology, and open platforms. We can’t wait for people to experience this.”