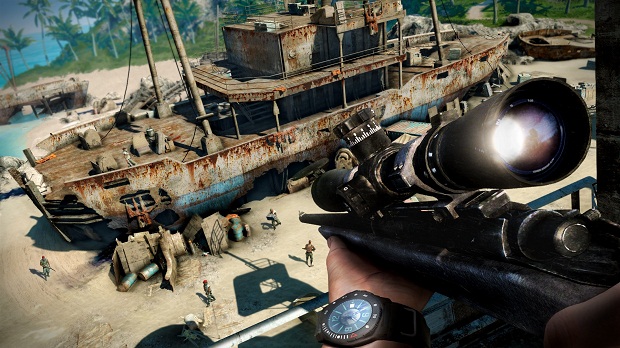 We already know that Ubisoft’s upcoming Far Cry 3 has a pretty rubbish release date, but if you’re not put off by waiting until December and you’re wanting to pick up the PC version, here’s some system specifications from Ubisoft:

Although there is a “one-time activation process” needed via Ubisoft’s Uplay PC software, there is thankfully no constant Internet connection required to play the game. Hamza did enjoy his time with Far Cry 3 at gamescom, but will our interest be whetted by the time December comes round? I know there’s a few titles I’m anticipating more, with Dishonored and X-COM being the big two — are you guys excited about Far Cry 3?