Once again the Destructoid community has decided. We polled all of you at the close of every conference (there were seven this year!), and you voted based on your gut. Now is the time to take a look at the results.

Does this line up with your personal rankings? Feel free to share your commentary below.

Pie chart of ‘Love’ votes (does not equal 100% as it draws data from each poll): 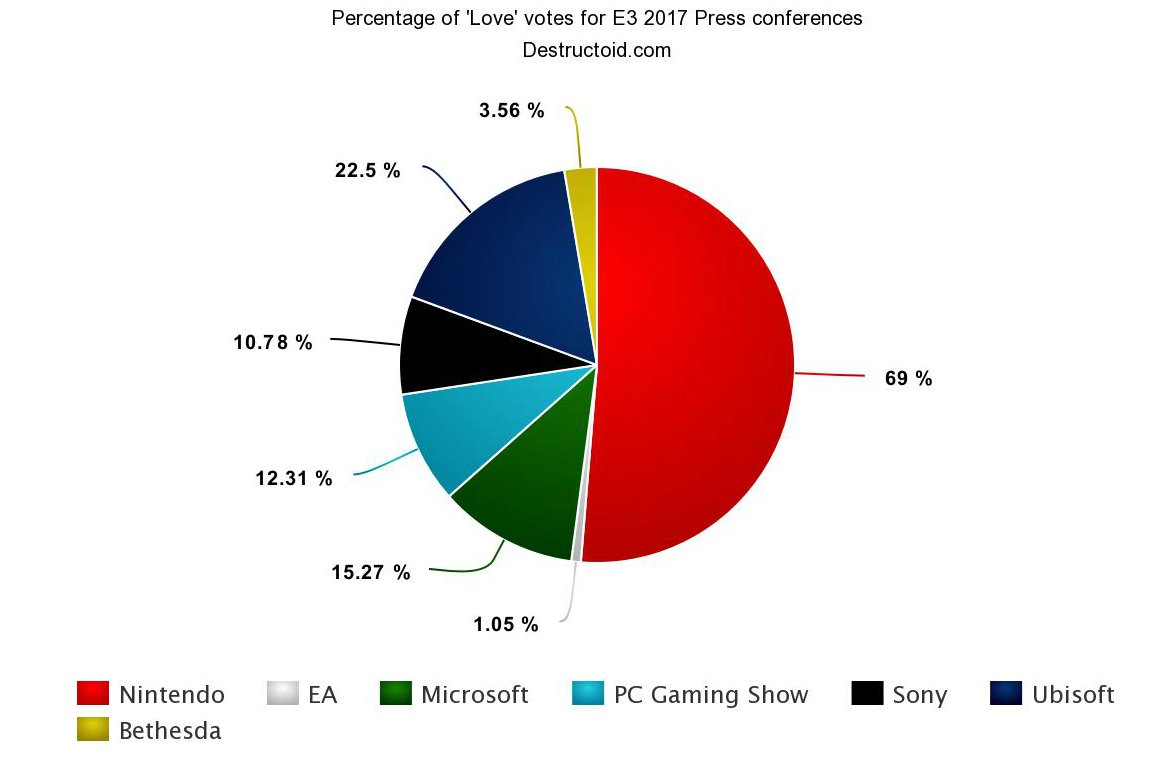 Some fun with last year’s numbers: