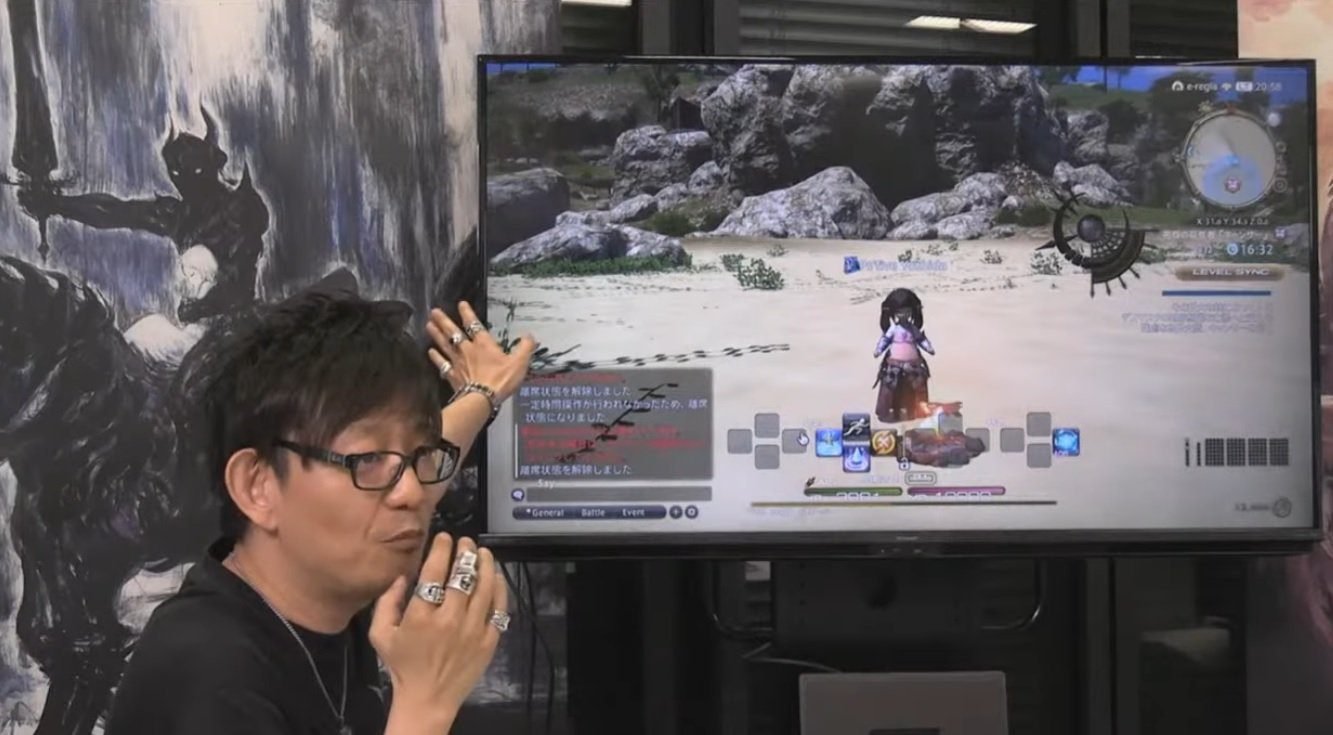 Yoshi-P gives us a rundown

Following Final Fantasy XIV: A Realm Reborn since 2013 has been a trip.

I saw it launch on PS4 for the first time nearly a year after it arrived on PC and PS3, and I saw it die on PS3 for the last day when Square Enix decided to sunset support for it in 2017. It’ll be interesting to see if or when Square Enix decides to similarly sunset the PS4 edition, but for now, Final Fantasy XIV is officially on three platforms again. Well, sorta!

The PS5 version actually isn’t out yet, but it will be available via beta form on April 13, which is also the launch date of patch 5.5. If you can’t wait that long, the game’s producer, Naoki “Yoshi P” Yoshida just put out a new episode of Letter from the Producer Live, which showcases the PS5 port in action.

Note that this is basically the first time the PS5 version has been shown in real-time, following the marketing trailer in the recent XIV press conference. Yoshi-P adorably crawls through what the port entails, including the more detailed skill icons, as well as the smoother framerate and crisper visuals.

The PS5 bit starts at roughly 1:20:00 in, if you’re interested in watching the entire thing. It’s fairly lengthy, and runs through around 1:35:00, at which point the team runs through a slideshow (with English) that re-iterates all of the enhancements. That slideshow also confirms a “high-resolution UI” option for PC players.

Yep, this is looking real good. XIV is still one of the most gorgeous games in existence, so being able to see a livelier version is a plus, as is a more stable framerate for higher octane bouts.