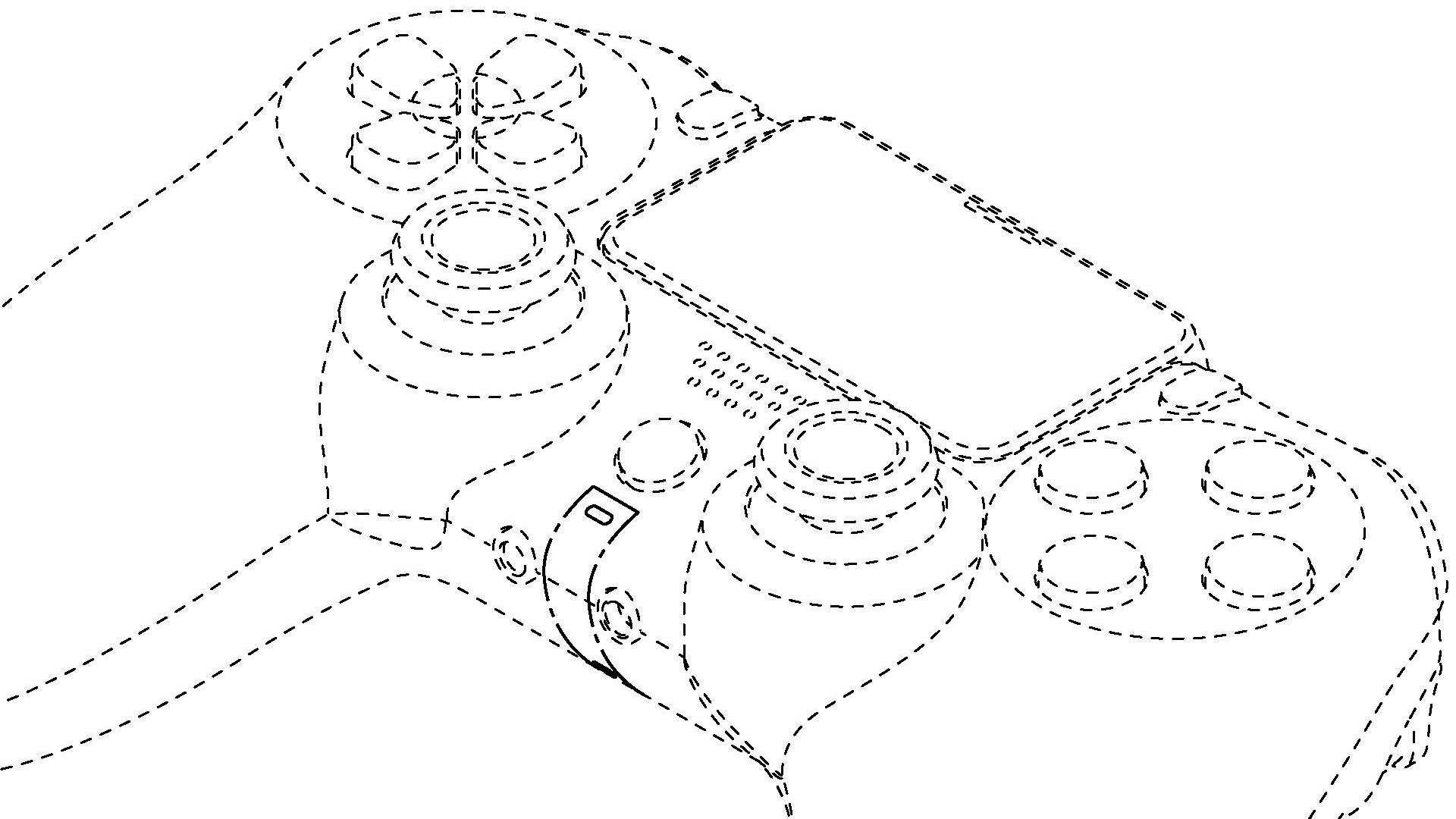 Our first look at the DualShock 5 comes from a patent

[Update: A new patent has surfaced, this time featuring paddles on the back of the controller.]

A newly-surfaced Sony patent has given us our kinda-sorta first glimpse of the PlayStation 5 controller. Even with a side-by-side comparison, you’d be forgiven for mixing it up with the PS4’s DualShock 4.

The new design retains the same overall form factor as before, and one of the DualShock 4’s most contentious features – the big honking touchpad – has made the cut for the DualShock 5. Is the touchpad super underutilized in most PS4 games? Yes. Is it fun to mash? Yes. A hundred percent yes.

On the flip side, the light bar – the bit at the top of your PS4 pad that glows while you’re gaming and is also used for motion tracking with PlayStation VR – is seemingly out of the picture. That’s a curious removal given that the PlayStation 5 is said to be compatible with the current crop of PSVR games.

Considering what we know about Sony’s backward compatibility plans for PS5, it’s not remotely surprising to hear (and now see) that the next controller will look very similar to the current one. That said, we previously learned that the new gamepad has haptic feedback and “adaptive” triggers.

There won’t be any back-of-the-controller paddles like we’ve seen on the Xbox Elite Wireless Controller. That’s understandable, but part of me hopes Sony will offer a premium controller of its own for PS5.

The DualShock 4 isn’t my favorite modern controller, but I’m weirdly attached to it all the same. For PS5, there’s a fine line to ride between supporting older games while still branching out to try new things.

The main difference-maker, I hope, will be a better build quality for the analog sticks to keep them from tearing long-term and a vastly improved battery life. If Sony doesn’t strive to address at least those areas with the DualShock 5, I’ll be disappointed. Don’t make me keep a backup controller on standby.