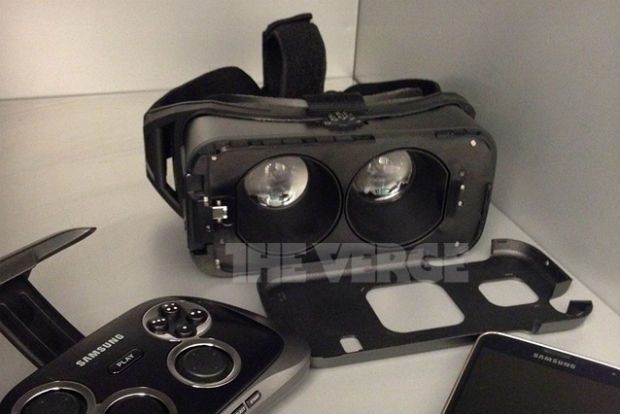 Samsung has announced that it will be showing its rumored virtual reality headset, codenamed “Project Moonlight,” at its upcoming product event show in early September where it is widely expected to also announce the Galaxy Note 4. The headset appears to use a mounted cell phone for its display.

Oculus, whose DK2 model uses a Galaxy Note 3 display for its screen, has been reported to be tied in with Samsung’s VR project. However, it is not known if Oculus was involved in the prototype version pictured above. Cell phone screens do seem the logical choice for VR display units as they already have the high-resolution displays and orientation sensors needed for a full virtual reality sensor.

Besides the lenses, Project Moonlight appears to have a focus dial and may have a micro USB connection to the phone. The headset above is pictured next to a Galaxy S5, but given the positioning alongside the Note 4 launch, it seems as through Samsung’s newest phone would also be compatible.

Hopefully, we will learn more at the September 3rd Samsung event that will be held in both New York and at the IFA trade show in Berlin.

This is Samsung’s VR headset [The Verge]