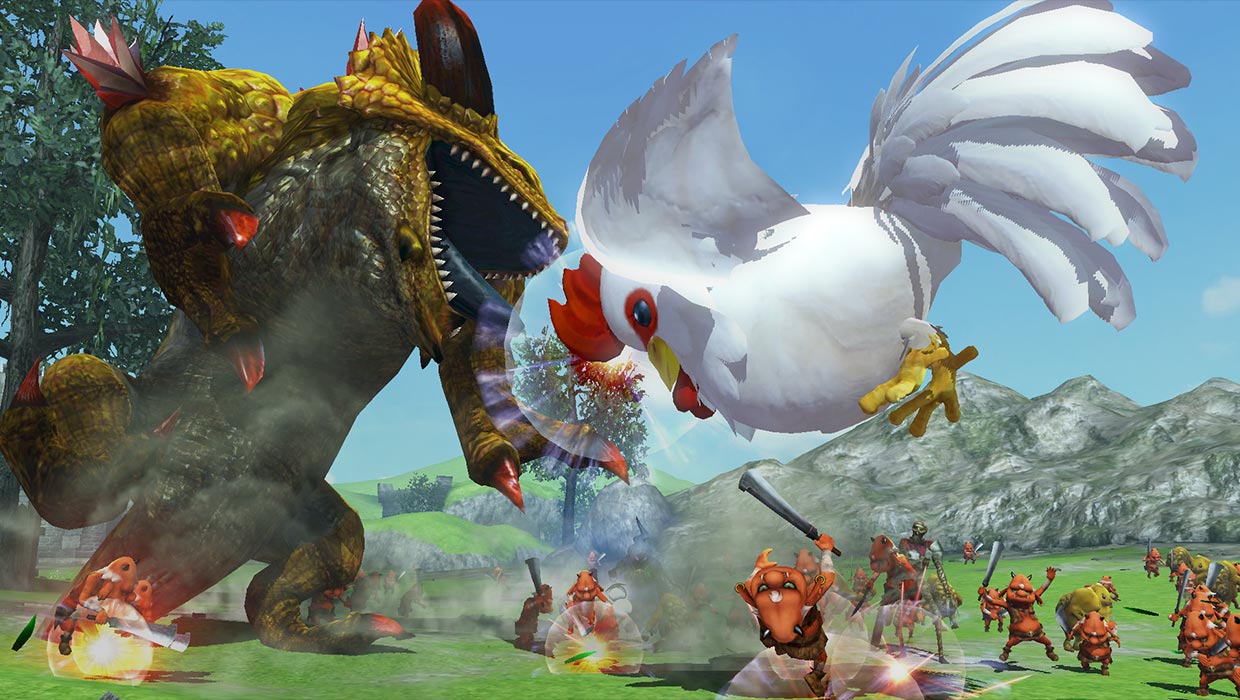 And further proof of a March 22 release

As we learned last week, we’re getting a “No, really this is actually the final version, we promise” re-release of Hyrule Warriors on the Switch. Nintendo even went so far as to call it “The Ultimate Version of Hyrule Warriors.” Can’t get much more definitive than ultimate.

Now we have the first trailer for Hyrule Warriors: Definitive Edition courtesy of Koei Tecmo. It’s in Japanese, but it gets the point across. It cuts to a bunch of characters and features all the frantic sword-swinging we’d expect.

As for actual details, the Nintendo mini-Direct was the best place for that (here’s a time-stamped link). That’s where we found out that Definitive Edition has every map, character, and mission for both the Wii U and 3DS versions including all DLC; that it’s 1080p in TV mode; that it has two-player split-screen support; and that there are exclusive Link and Zelda Breath of the Wild outfits.

However, maybe the most important thing about this trailer is that it seemingly corroborates the supposed release date. Although Nintendo has only pinned this down to a Spring launch, a press release went out in Hong Kong that had a March 22 date attached to it. The end of this Japanese trailer also indicates March 22. So yeah, it’s probably coming out on March 22, at least in Asian territories.

If the trailer and all that info isn’t enough for you, check out this Definitive Edition game page on Game City’s site. It has that Hyrule Warriors aesthetic that you crave. If you’re curious how certain Dtoid editors feel about this, Jordan just told me “I feel like they own my soul and I’ll have to play this for 200 hours.” I know for a fact that he put about that much time into the Wii U version. I might have to break his Switch. It’s the only way to set him free.