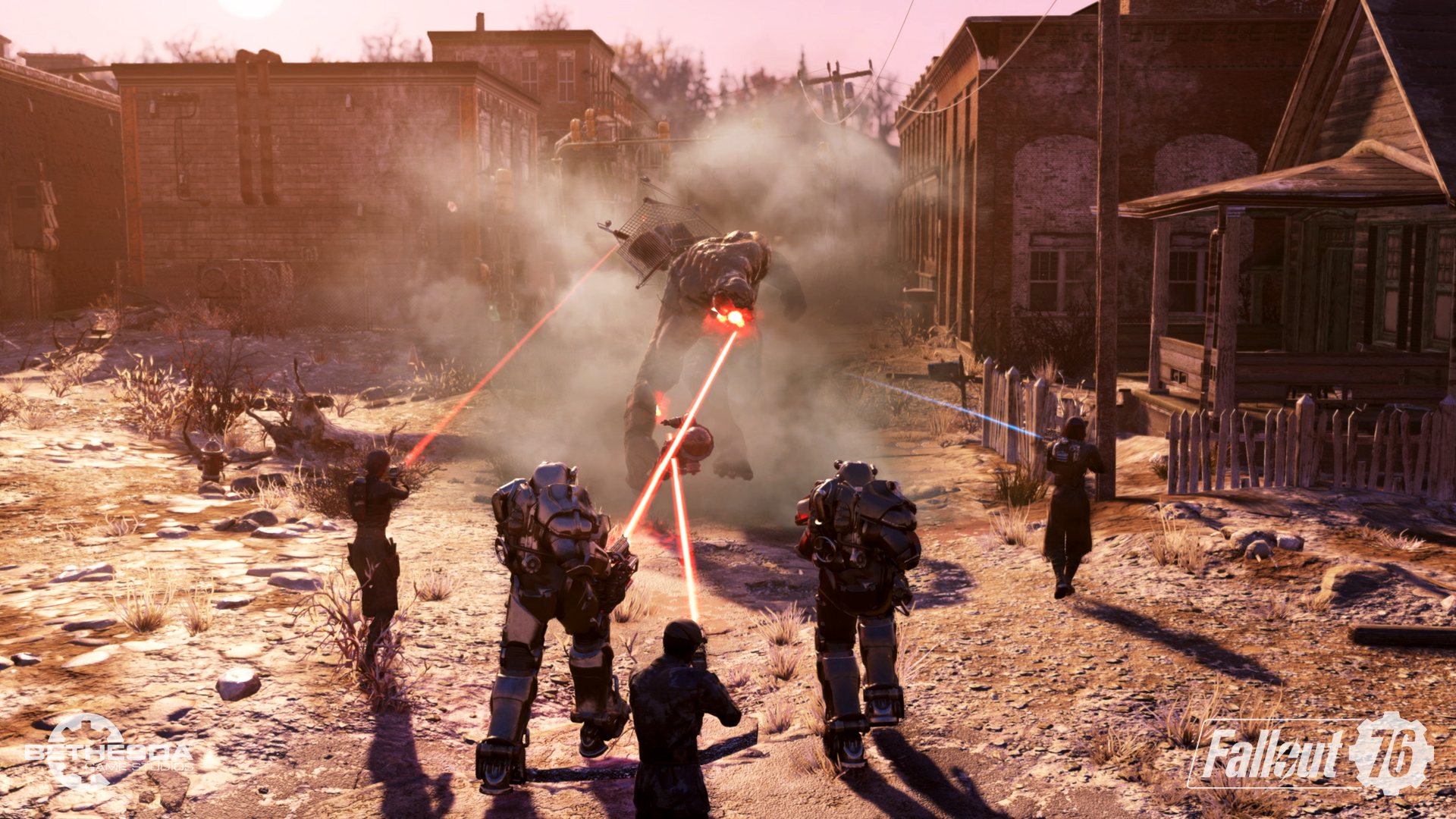 Big lugs lumbering around in their Power Armor, toting their laser beam-shooting gatling guns. That can mean only one thing. The Brotherhood of Steel is here to impose its will with a gruff attitude and self-righteous ideologies. And with big guns.

Fallout 76‘s Bombs Drop Day is here (along with a whole in-game event), and it comes with the first official trailer for the upcoming Steel Dawn expansion. That’s the update that finally brings the Brotherhood of Steel to Appalachia. Fallout‘s most familiar faces (err, helmets) have nearly arrived.

It’s not just the big guys who are new in Steel Dawn. Bethesda says the expansion will also add: “new NPCs, new locations, and new gear to the game. It will also add features, like C.A.M.P. Shelters, a host of rewards, including weapons, armor, and C.A.M.P. Plans, the return of the Holiday Scorched Seasonal Event, and a variety of additional gameplay improvements.”

Anyone who’s playing on the test server doesn’t have to rely on a trailer to see the Brotherhood. Some Steel Dawn quests are available on the PTS, which is open for all Bethesda.net users. If you’re unwilling or unable to hit the PTS, the Steel Dawn update is currently scheduled for December.