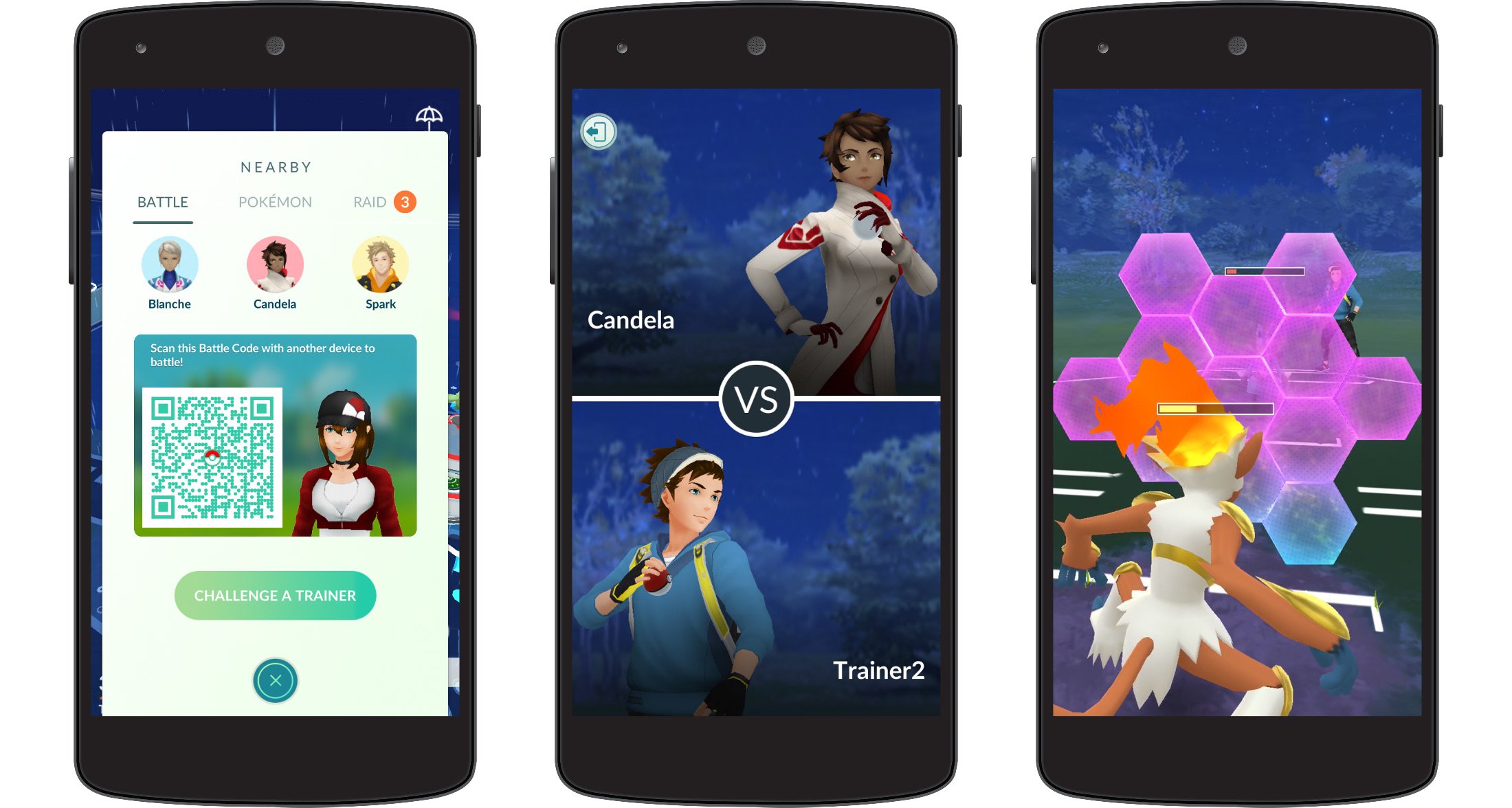 After a basic tease last week, Niantic has detailed the soon-to-launch Trainer Battles in Pokémon GO.

You can face other Pokémon trainers by scanning the unique Battle Code associated with their account. “While Trainers will usually have to be nearby in order to initiate a Trainer Battle, Ultra Friends and Best Friends can challenge each other from any distance,” noted the developer.

Each trainer picks three Pokémon, and battles are organized under a league structure. You’ll choose to participate in either the Great League (max CP per Pokémon: 1,500), Ultra League (max CP: 2,500), or Master League (no CP limit). Just by playing, you’ll have “a chance at rare Evolution items.”

The actual battles themselves are real-time, as expected. Here’s how Niantic describes the system:

If you were clinging onto a sliver of hope that Niantic would more closely follow the traditional Pokémon games for Trainer Battles in Pokémon GO, unfortunately, that’s the end of that.

It’s also worth mentioning that you’ll be able to battle your team leader once per day for rewards including Stardust. So even if you aren’t serious about PvP, there’s an incentive to dabble in battling.

Niantic hasn’t come out with a date, but the company says Trainer Battles will go live “this month.”