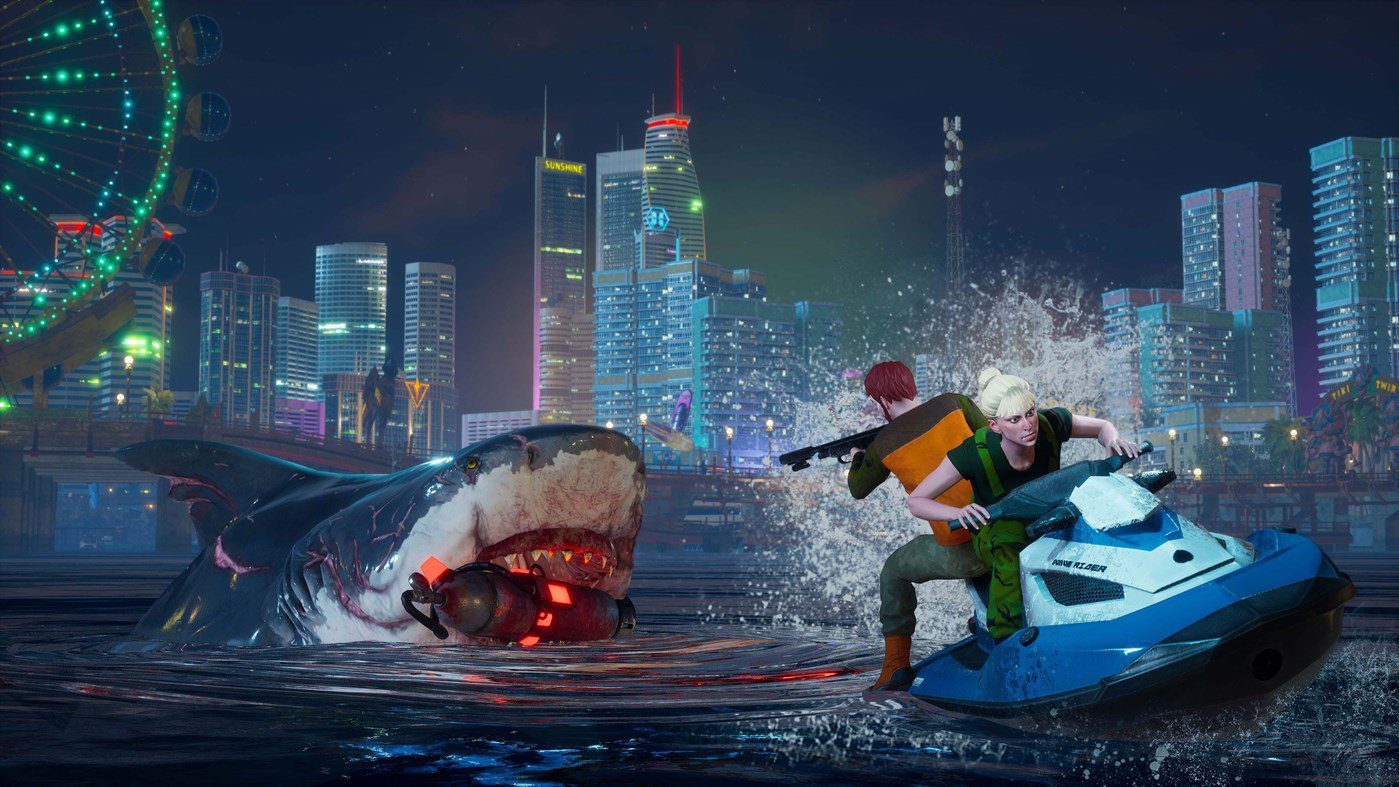 There’s not much about Maneater that’s confusing. See food, eat food. About halfway through this aquatic power fantasy, your baby shark has grown big enough that most less-capable predators go down in a couple chomps. You will eventually reach a point in Maneater where you know nothing the game throws at you will be too tough of a challenge. That’s kind of the way it goes when you’re the most fearsome beast in the sea.

On a couple of occasions, however, Maneater throws a curveball. But it’s not something that’s hunting you and wants you dead. It’s just an obstacle meant to impede your progress. There are optional gates between some areas that allow for free-flowing traversal to and fro. Honestly, they’re kind of a moot point because you can just fast travel to any area at any time.

Still, Maneater vaguely gives instructions for opening the gates by telling you to hit the switch. Ah, but it’s not that simple! After spending some time popping out of the water and angling my shark so that its body hits the button, I remembered that I have a rarely-used attack that might help the cause. The tailwhip is the key to this poorly-explained riddle, as I demonstrate in this video:

However — and this is so weird — I couldn’t get the second gate to open with a tailwhip. No matter how many times I tried, the Prosperity Sands gate just wouldn’t open. Instead, I had to pick up a Mako shark in my mouth (holding right trigger to bite it once but not fully devour it), hop out of the water, and spit the shark at the button.

I don’t remember Maneater ever teaching this mechanic. If it was taught, I definitely never used it. But, it’s necessary for getting through the gates.

While the gates aren’t important for efficient traversal, completionists will want to knock them out. They don’t count toward objectives for reaching 100% completion in any region, but they are required for the Queen of the Ocean achievement/trophy for hitting 100% completion in all regions (and the subsequent platinum trophy). So, if you’re missing something in Maneater but have already completed all objectives, these annoying gates are likely the culprit.