The Pokemon franchise has featured rival “Teams” since Generation 1, though they’ve changed a bit since then. We’ve gone from crime lords like Team Rocket to well-meaning troublemakers like Team Yell in Pokemon Sword & Shield. Team Star in Pokemon Scarlet & Violet is a group of rogue students at the center of the Starfall Street story path. You’ll have to defeat all of them if you want to see the true ending of your adventure.

While the other core story paths stay true to traditional Pokemon gameplay, the Team Star storyline puts a few twists on the formula. If you’re gearing up to raid Team Star’s bases, here’s what to expect. 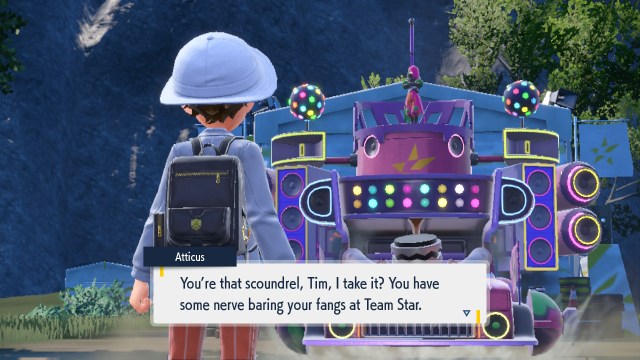 Go to war with Team Star

When you approach one of Team Star’s bases in the world, you’ll be thrown into a cutscene with Cassiopeia. If you wish to proceed, approach the base and you’ll begin a fight with a member of Team Star. The Pokemon inside will be around this level, so take this opportunity to gauge if you’re ready for the base. If this first fight is a little rough, try to knock out some other story objectives first.

Once inside, you’ll have to use your three lead Pokemon to auto-battle at least 30 Pokemon from Team Star’s grunts. Press the R button to send out your Pokemon and engage the enemy like you would normally. I found bases went by easier when I sent out all my Pokemon to take out a group at once before moving on to other enemies. You have a time limit to take out the base, but it’s rather generous and shouldn’t be an issue.

Make sure to set your first three Pokemon to monsters that match up well against the base’s leader. All the grunts will use Pokemon of the same typing, so plan accordingly! 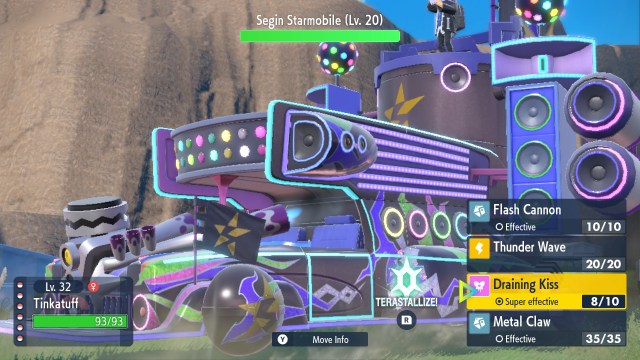 Once you defeat the grunts, you’ll enter a boss battle against the base’s leader. At first, this will function as if it were a Gym Leader battle. The twist is that each leader’s last Pokemon is their vehicle, which is a unique version of Revavroom that cannot be found anywhere in the game.

These can pack a serious punch, especially if you’re underprepared. The key is to remember that Revavroom will match the typing of the rest of the base, so keep hitting it with super-effective attacks. Once this Pokemon is defeated, you’ll receive new TMs to craft and a healthy amount of League Points from Cassiopeia. Every Team Star base will follow this formula, though watch out as you approach this story’s final act. One base is nearly as hard as a member of the Elite Four!