is coming out soon enough. Developed by BonusXP, the game takes a decidedly SRPG approach, giving the player control of a scrappy Gelfling resistance as they battle the evil Skesis: the bird-like monarchs of the world of Thra.

Naturally there’s going to be some hero characters involved: here’s a quick look at Rian, one of the main POV protagonists from the show, played by Taron Egerton. 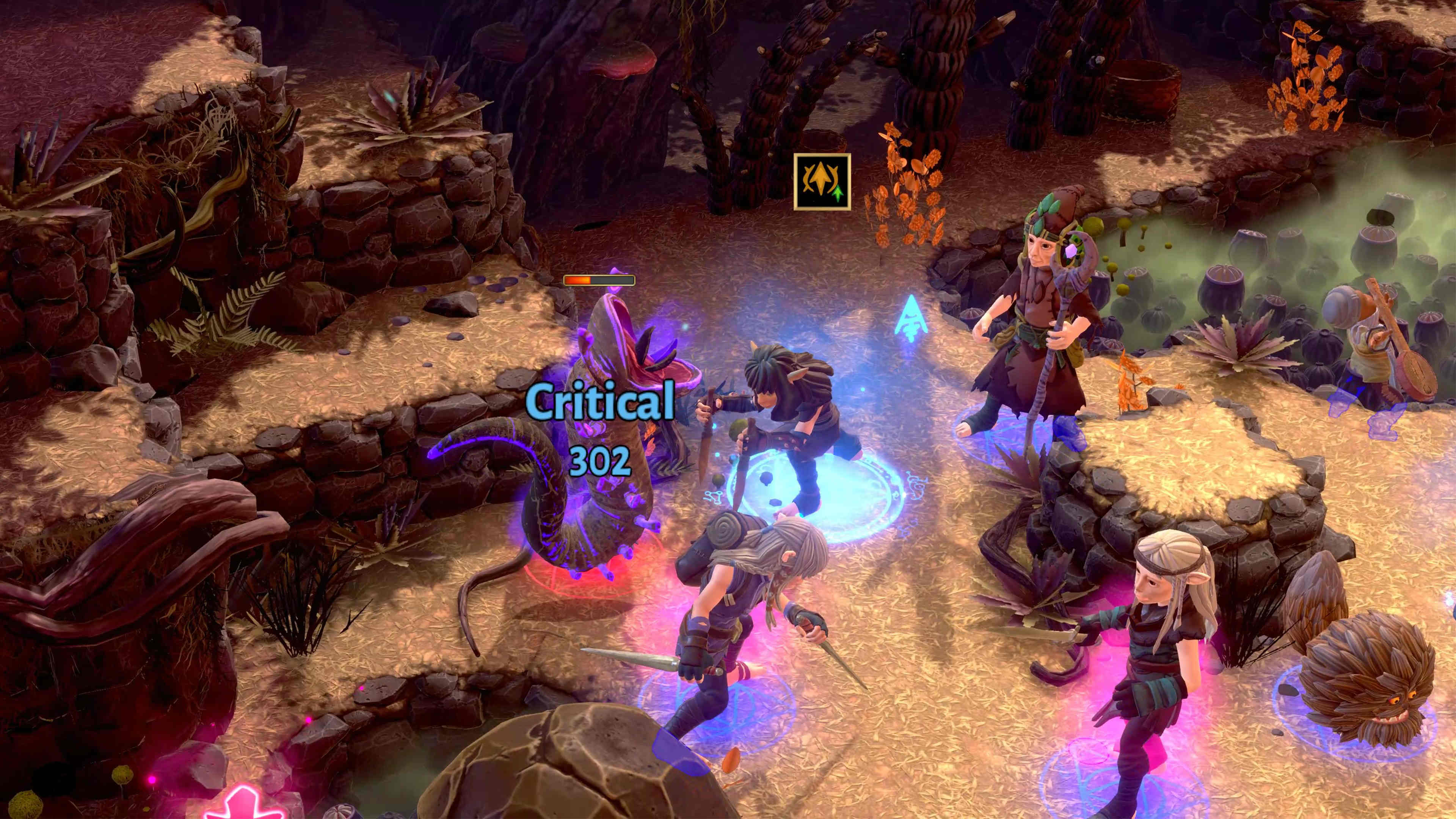 As BonusXP shares, you can recruit Rian “along the way through the 50-battle campaign,” similar to how you’d pick up a hero character in say, Final Fantasy Tactics. And like Tactics, there will be 12 jobs to assign to party members, with concessions for a primary and a secondary setting: all of which funnel into the ability system that allows you to assign three for the former and two for the latter.

Rian is described as a “balanced fighter,” with a natural inclination for the scout and soldier jobs, with an enhanced chance for critical hits. BonusXP says that his latent crit ability makes him a perfect fit for the grave dancer (a quick melee job born out of the soldier tree) with the tracker (a ranged job that comes out of the scout tree) as a secondary.

In the images below you’ll see some abilities in action, like “spot weakness” (a passive that marks melee targets with extra crit chance), sharp sense (bonus attack for critical hits), silent lunge (a jump attack that has a range of three tiles) and limber up (a haste buff that lasts three turns). There’s clearly a lot of classic SRPG DNA present.

So far, Age of Resistance Tactics seems like it has all the right stuff in theory. In practice is another thing, but we’ll find out how it all comes together on February 4 on PC, PS4, Xbox One and Switch.

Filed under... #Exclusive on Destructoid#Gallery#SRPG#Switch