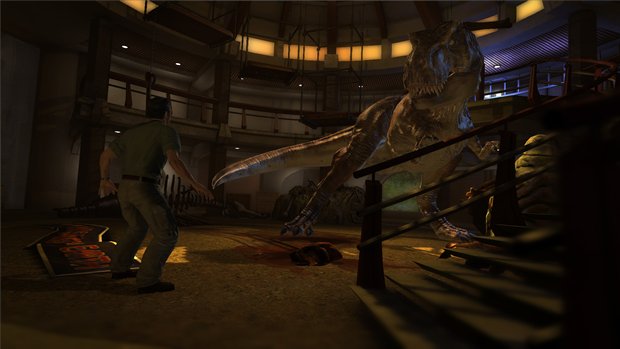 A trailer was released recently for Jurassic Park: The Game which punctuates all the various action-packed scenes in the game. And there seems to be a lot of them that you’ll be experiencing. During that whole time you will also be tying up loose ends from where the first movie left off; such as what in the hell ever happened to Dennis Nedry’s shaving-cream can.

There’s been various Jurassic Park titles over the years, but this one looks set to do the legendary films justice. And with Telltale’s catalog of games, I have no doubts this will be able to live up to their past level of quality. Even though none of the original characters are returning, I’m really looking forward to revisiting iconic locations from the films and playing through the Jurassic Park game I’ve always wanted. Jurassic Park: The Game launches November 15th for PC, Mac, Xbox 360 and PlayStation 3.