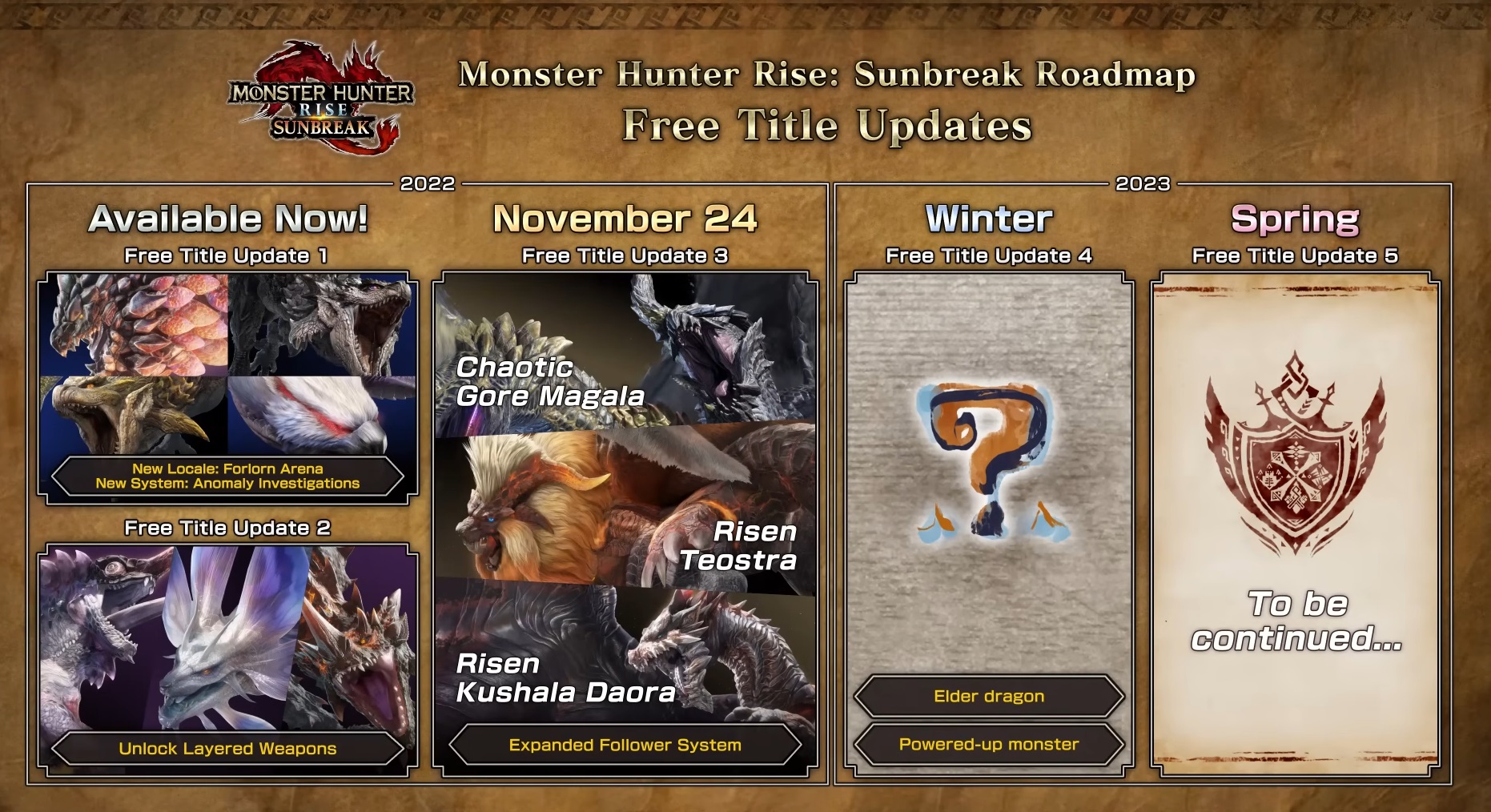 We have a “winter” and “spring” update planned so far

Yesterday, Capcom unveiled some details for “Title Update 3,” which will be arriving in Monster Hunter Rise: Sunbreak later this month. There’s a lot of interesting stuff in there (that you can read about here!), but the publisher also managed to tease out future content as well.

At the end of their Title Update 3 video, Capcom gave us insight into what the future of Monster Hunter Rise: Sunbreak will entail. Following Free Title Update 3, we’re moving on to Free Title Update 4, which is in “winter” of 2023 (so before the end of Q1). It’s billed as “version .14,” and includes an Elder Dragon appearance, as well as a “powered-up monster.” No doubt there will be more paid DLC, tweaks, and quality of life changes too.

After that, we got a second tease for a “spring” 2023 update, which is predictably called Free Title Update 5 (version .15). No broad details were given about it, but it’ll likely include content similar to what we’ve seen in the past.

I’m glad that this model still exists, as live service games with paid season passes dominate the landscape. While the practice isn’t necessarily bad if done correctly: publishers can’t help themselves, and screw up decent games beyond recognition because of the monetiaztion model. Keeping Rise as a premium game with an expansion and free title updates has maintained its general quality.