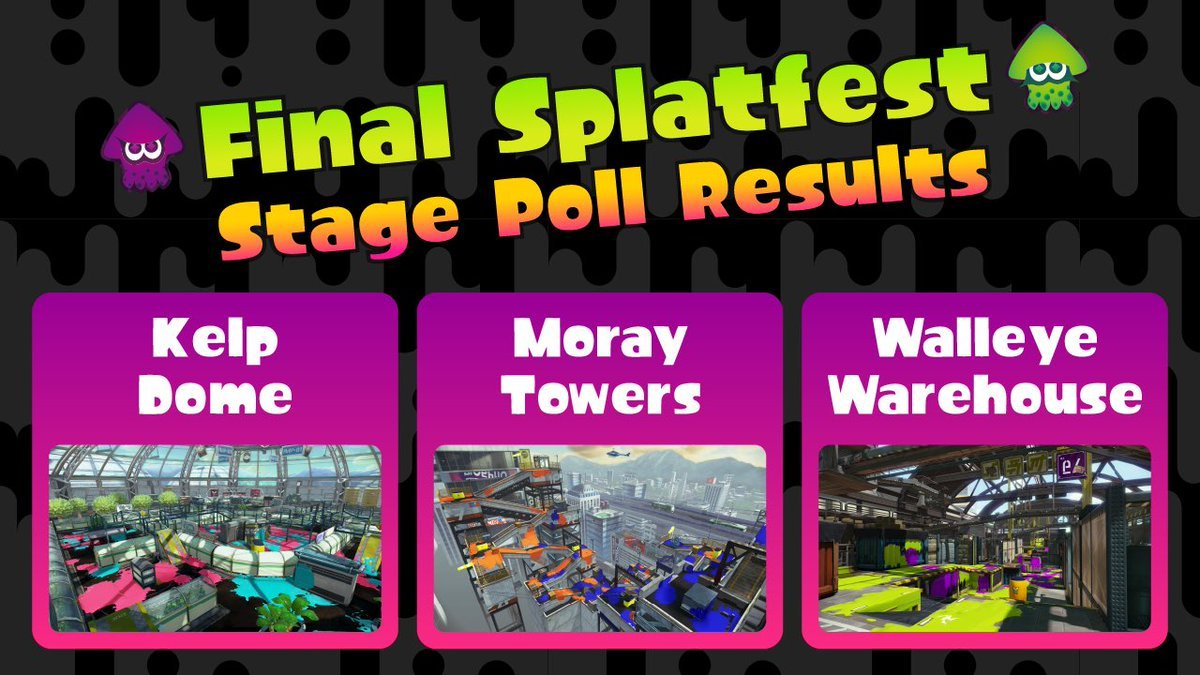 As previously announced, the last ever Splatfest is going to be Callie versus Marie, in a Squid Sister battle to the death. That’s going down tomorrow, July 22, and Nintendo has announced the stages that will be featured so you can start map studying now — Kelp Dome, Moray Towers, Walleye Warehouse.

I’m sad to see these things go but again, Nintendo has supported the game for over a year, which is more than most publishers. It would be great to see Splatfests and the like continue, but more than likely they’re hard at work with Splatoon 2 to unveil next E3 on the NX (this is complete and utter speculation, but it makes sense, right?).