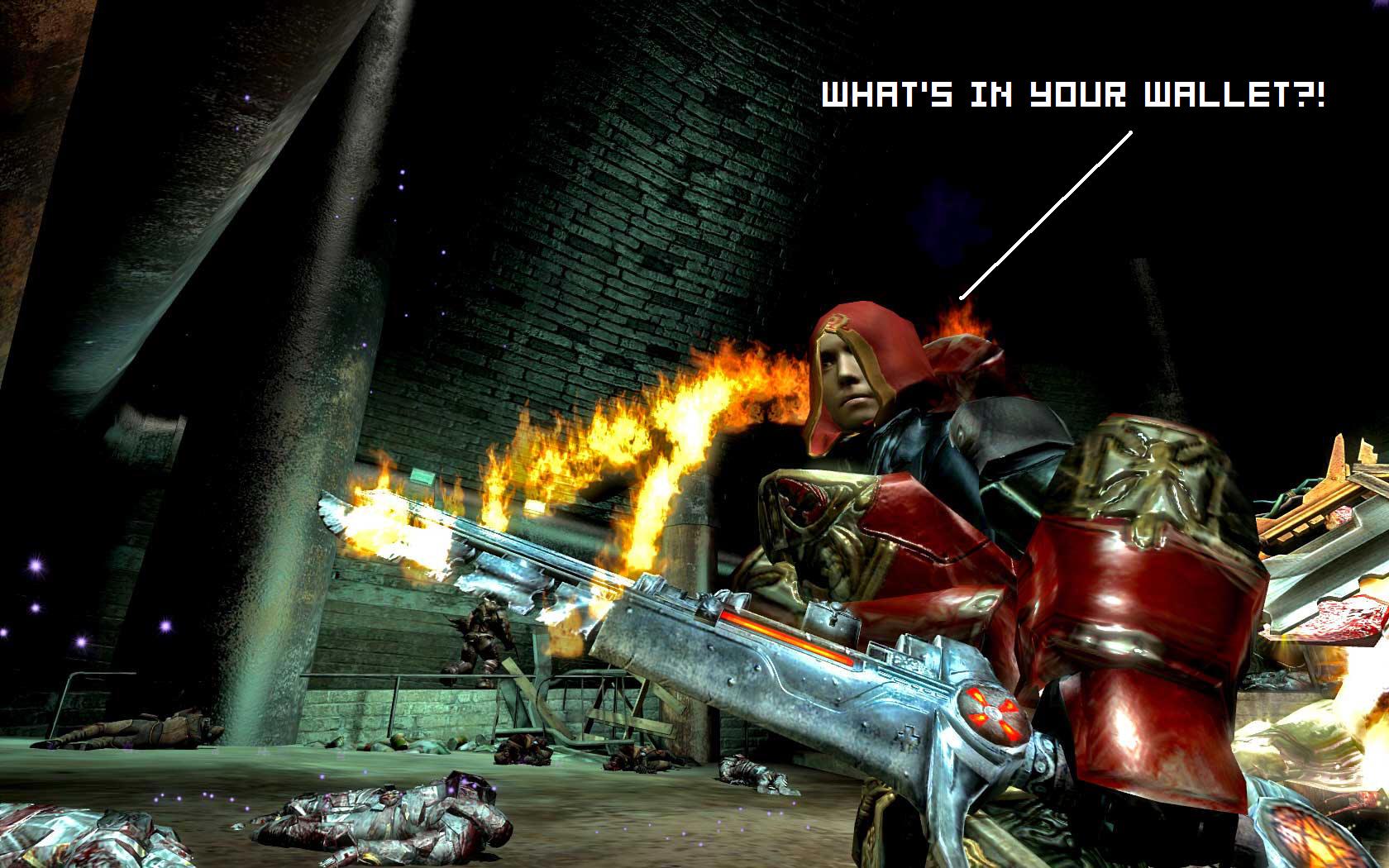 While Nick reported yesterday that Hellgate:London was going to be a monthly subscription-based MMO, he may have spoken too soon, according to Bill Roper, CEO of Flagship Studios. While there appears that there will a full-fledged MMO, gamers will have other “options.”

Roper noted that Hellgate: London is guaranteed to include some kind of free online mode that gamers will be able to access without any monetary commitment. This mode will likely not include the full MMO features of the game available to full-scale online users.

I opt for free.

This little tidbit is, in turn, subject to approval and evaluation by publishers EA and Namco Bandai.

So, while Flagship Studios has effectively kicked us in the nuts, I guess they want to make good; however, with only limited features and content, that’s kind of like kissing your sister.

[Editor’s Note: Chris Taran pointed out that sports references don’t really go over too well on gaming sites, so here’s an explanation. Bear Bryant was a legenderay college football coach at Alabama (SEC ftw). He said that “a tie is like kissing your sister.” Playing Hellgate for free is like a tie: You don’t lose, since you get to play for free; but you don’t win, since some content is being left out. Thus, kissing your sister. ]