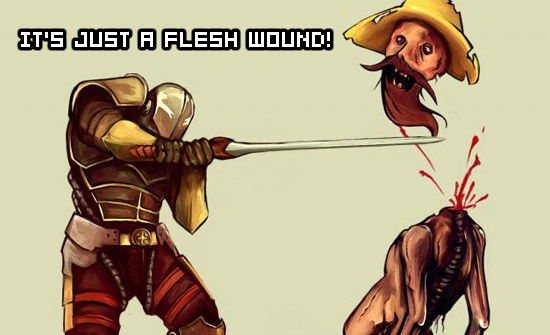 That’s right, Hellgate: London has gone gold. If you weren’t in the beta, you’ll still have a chance to try out the game before it’s released on October 31 with a demo that’s due out this Friday. Here’s what the demo will include:

The single-player demo represents just a small taste of the Hellgate: London experience. Gamers can choose from two of the game’s six character classes: the Blademaster, a master of swordplay and action-packed melee combat, or the Marksman, a cool, calculating, long-range specialist.

In the demo, these heroes are able to battle through a small handful of storyline and side quests as they adventure through the streets and tunnels around London’s Holborn Station.

Rather than make you google the system requirements for Hellgate: London, I’ll be nice just this once and kindly tell you that they can be found right here. I’d also like to remind everyone to start coming up with entry ideas for our Hellgate: London lifetime membership contest.

A few people have already entered, but we need more! Show us what your sick, twisted minds can come up with! Otherwise, you’ll make Greybush sad, and you wouldn’t want to go and do a thing like that, now would you?