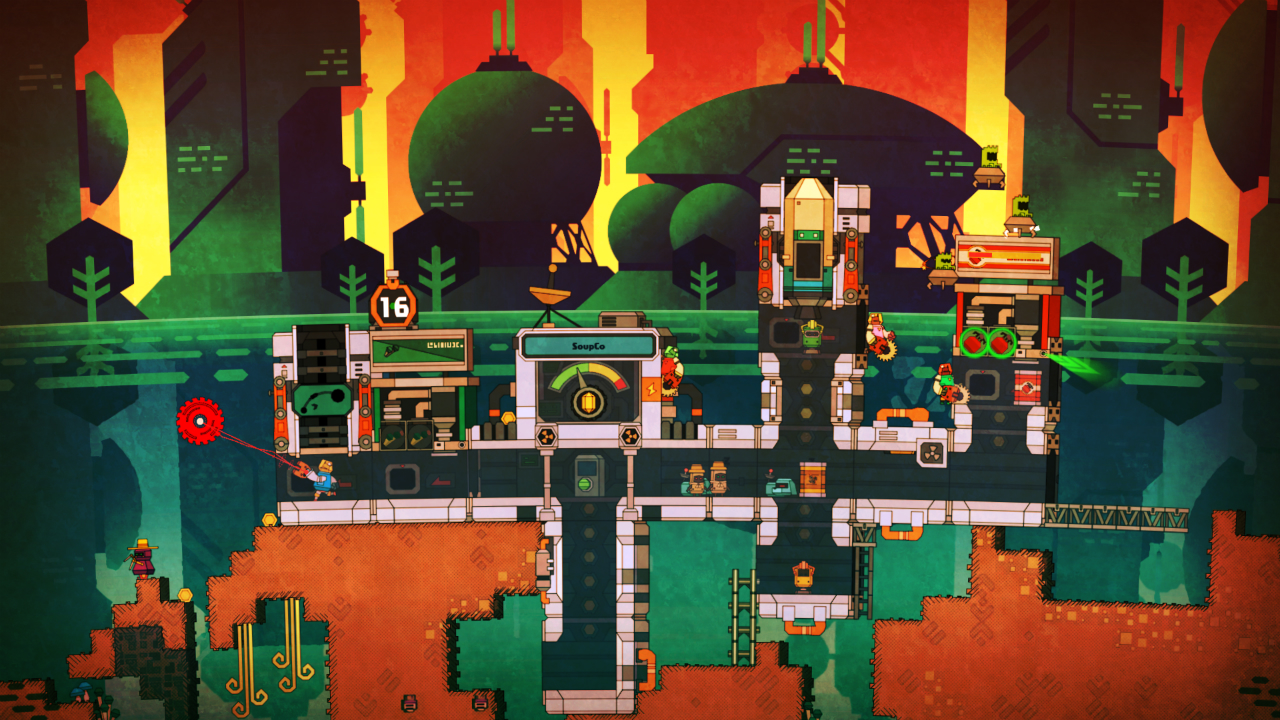 Another month, another set of free games. Honestly, I can’t keep up. That’s just going to get better/worse (depending on how you look at it) because both of the headliners for PlayStation Plus in February are games I’ve been meaning to check out. Nom Nom Galaxy and Helldivers: Democracy Strikes Back are the two games on offer for PS4.

Helldivers is available on all three Sony consoles. Joining the lineup on PlayStation 3 are Persona 4 Arena Ultimax and Grid Autosport. Rounding out the list for Vita are Nova-111 and Lemmings Touch. Don’t ignore Nova-111 if you have a Vita to play on; it plays like nothing else out there.