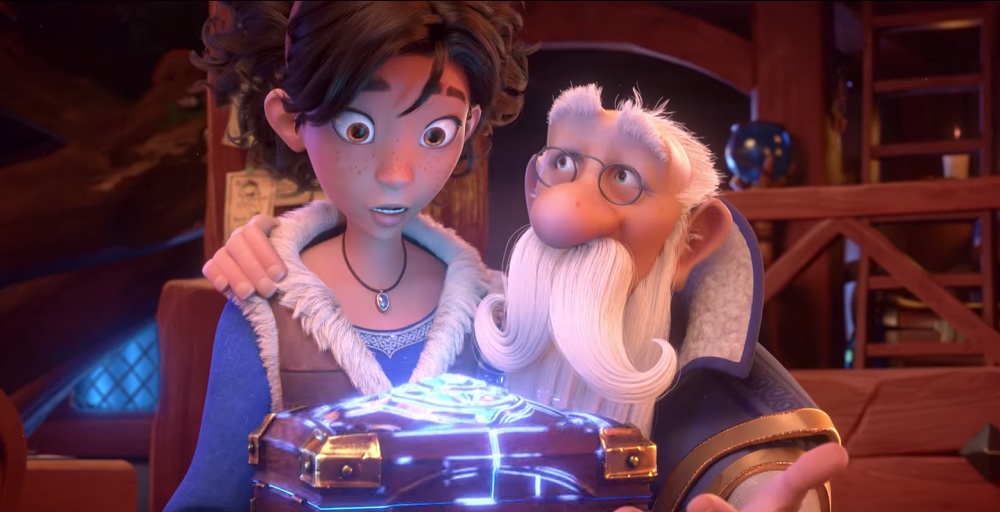 At Gamescom yesterday, Blizzard Entertainment showcased another fantastic Overwatch animated short. This has also been followed up with another fun cinematic, this one promoting Hearthstone.

The song-and-dance mini-movie stars young wanderer Ava, as she stumbles across the Hart Stonebrew tavern and is regaled with a flagon-clashing tune about the joys of the popular digital card game and how it is available to all, doesn’t matter if you’re big or small. Or something like that.

The setting and rabble-rousing chorus instantly recalled to me the glorious “Gaston” song from Disney’s (best) movie, Beauty and the Beast. The song unfortunately fails to point out to the wide-eyed Ava that she had better have brought her credit card with her.

It’s a fun five minutes, but whilst the animation and effects are up to Blizz’s usual standard, I actually think the song itself is awkward-sounding and, well, kinda bad. Blizzard have already confirmed that there will be further Hearthstone-themed shorts, so we’ll see more of Ava and pals soon.