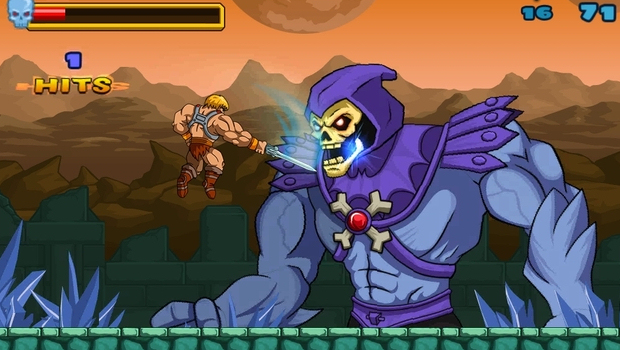 By the power of Apple!

Sweet nostalgia is the hook by which Chillingo and Glitchsoft hope to snatch you with He-Man, a new brawler coming universally to iOS devices. It’s based on the old cartoon, you see. This means I’m going to buy it. Because I’m just that impressionable.

Taking place across 27 levels, the titular He-Man punches things and punches other things in a quest to find Skeletor and punch him. There will be a leveling system with abilities to upgrade. Most of all, PUNCHING.

Actually, I think he just uses his sword. That’s not as funny. Screw it, I won’t edit anything.

The game’s out this fall and IGN has a whole bunch of screens. Also, check below for a video of the SUPERIOR version of Masters of the Universe. No, not the original cartoon … the other one.