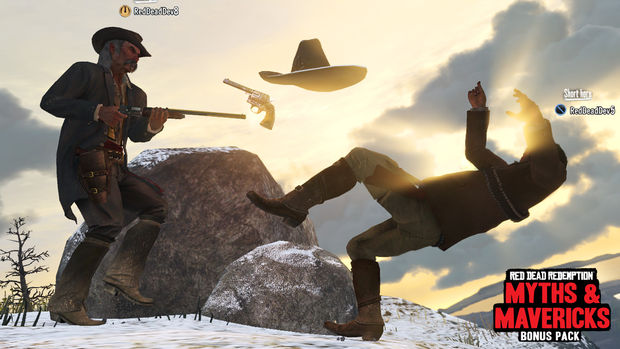 With the free “Myths and Mavericks” content for Red Dead Redemption right around the corner, Rockstar thought you might want to see what you’re in store for. So here, have these new screenshots.

The pack is out next week, September 13, for both Xbox 360 and PlayStation 3. It adds a bunch of new maps (more than 10!), along with a handful of new character skins. Because shooting the same old cowboys in the face over and over again gets old, and Rockstar knows it.