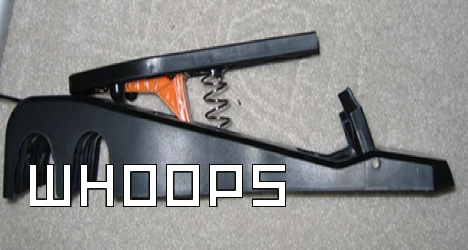 Nothing is worse on a red-eyed, dazed morning than realizing that the previous night’s escapades with the Rock Band drum set have yielded a broken foot pedal. The only recourse in this scenario is lie your guts out to any EA warranty representative willing to assist. The fib may be innovative and ironclad, but EA is still going to ask for a less-than-60-day-old receipt. While lying is a hilarious way to get hardware replaced, what about the honest man who may have bought one of the defective November bundles?

For those that may have been burned by the restriction, there is redemption coming directly from developer Hamonix. According to Gamasutra, on June 30, Harmonix is repealing the restriction for those who may have received a defective set of Rock Band hardware. Even though this move was made, Harmonix still maintains that the majority of the problems are the player’s fault, not the manufacturer’s. The warranty restriction will go back into place on October 1 of this year, once the smoke has cleared.

As much as I love Rock Band and acting like an idiot while playing “Cheeseburger in Paradise,” I have to admit my launch day guitar and drum kit are not the most responsive things on this planet. When I originally bought the game for the 360, I had to return the guitar practically immediately, and I ended up just settling with the equally crappy guitar I was sent back. I am still hopelessly bitter about it. Have any of you gotten a defective unit like I did? Better yet, do you think Harmonix is taking care of business the right way?