Or so developer Blackbird Interactive hopes

What is Hardware: Shipbreakers? It was a question that I asked myself several times after watching the trailer that Blackbird Interactive, founded by ex-Homeworld developers, released last month. The admittedly gorgeous video revealed few facts, and there weren’t many to be found elsewhere, either.

So, to the source, then. Blackbird’s Dan Irish would be my guide, as I uncovered the mysteries of Hardware: Shipbreakers, an RTS set amid the husks of dead ships in a poisonous desert wasteland.

Greed and the desire for fortune is the driving force behind those that travel to LM-27, the deadly world strewn with the remains of derelict ships. It’s a miserable place, where the dust grinds down man and machine alike. This is the stage for Hardware: Shipbreakers.

“We’re taking the standard RTS conventions to the next level in terms of style and gameplay combinations,” Dan states. How is Blackbird doing this? Well, Dan was playing things close to his chest. A gameplay reveal is being made in a few weeks, so my questions about how much the title will stick to the RTS trinity of resource gathering, combat, and base building went unanswered.

Absent information on the gameplay and mechanics, it’s hard to get a clear picture of how Hardware will play, but it’s a free-to-play RTS with social features, so that should tell us something. 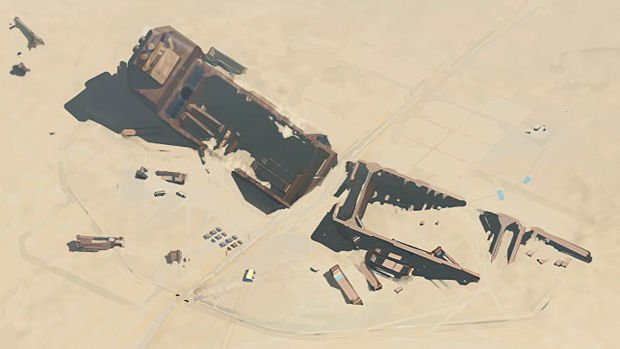 “We want our game to reach as many people as possible. Additionally, we’re happy that in being free-to-play we can get immediate feedback on our content as it is deployed,” Dan explained in regards to the F2P business model.

“Previously, we’d slave away for several years on a game, put it into an envelope, ship it off somewhere. Then we’d get it back a few weeks later in a box and see it on the shelf in retailers for a few weeks to a few months later. Then the cycle would repeat a few years later for our next game.”

Hardware has been described as both a social game and persistent, but according to Dan, neither of those descriptions are completely accurate.

“This is a bit of a misnomer,” Dan clarified when I brought up the social elements. “It’s social in the way that if you team up for PvP, complimentary teams require specialization of your units. And you’ll have to work together to be an effective team — think ground army with player 1 and air unit support with player 2. This is pretty standard for most RTS games. Where our ‘social aspect’ comes into play is in the formation of clans or factions, tournaments, and competitive play.”

He wanted to make it perfectly clear that Hardware would not be a Facebook game. Blackbird is just using the social platform to engage with its community and get feedback. As account management and customer support is still being worked on, Facebook is simply a good place for the developer to stay in touch with its potential customers. 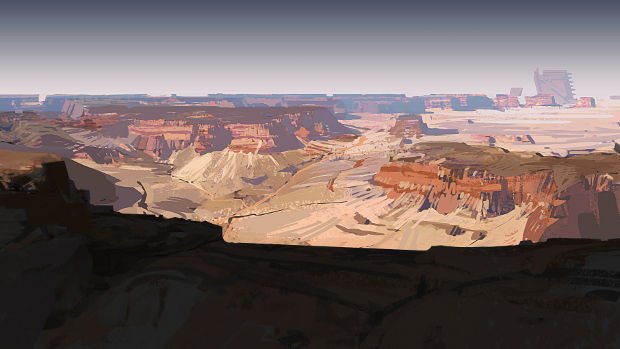 On the subject of persistence, Dan told me that it’s not the world or game-space that would be persistent, rather it is focused on the vehicle fleet and the hero vehicle. The language he used made me think of Dawn of War 2‘s multiplayer, or the increasingly popular MOBA genre.

Although Dan wouldn’t talk about modes or the campaign, he did reveal that the campaign probably won’t be story-based, and there will be both PvE and PvP modes, with competitive and cooperative play.

The teaser trailer, filled with sumptuous concept art, left me with memories of Homeworld. “Hardware: Shipbreakers shares some DNA with Homeworld,” Dan confirmed. “But any connection to that IP is purely stylistic at most. We’re inspired by that franchise and all that it delivered to fans over the years, but today it is a new world.

“There are new business models and new player expectations for today, very different from the last decade of gaming. We’re planning to deliver on a new promise of an awesome RTS experience set in a unique sci-fi backdrop of deep fiction. Just like Homeworld was groundbreaking in its day, Hardware is being set-up to usher in the next era of RTS revolution.” 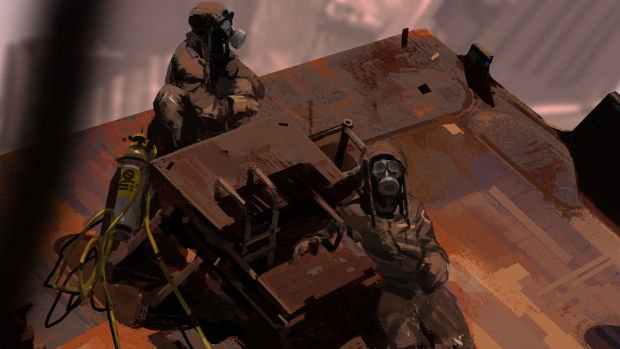 The apparent lack of a story-based campaign makes me wonder just how much the “deep fiction” will affect Hardware. If it just exists in the background, out of reach, then I question the extent of its potential impact.

The trailer also revealed Hardware‘s solid art direction, but I asked Dan how representative the concept art would be of the finished product. “We have a few more trailers coming up shortly. The goal of these are to slowly take the player into the fiction and then cross-over into actual gameplay footage. The transition between the gameplay footage and the conceptual footage you’ve seen in the trailer should be a blurred line. I’m excited to see the reaction to our next trailer.”

Whenever the free-to-play business model is mentioned, microtransactions and extra costs are never far from people’s minds. Dan wasn’t able to reveal too much about this aspect. “We can talk about this in more detail after the gameplay reveal but suffice it to say it will follow familiar conventions with gameplay loops that are rewarding, compelling and of high value. Look at the production values we’re known for and you’ve see in some of the past games that we’ve worked on. Now couple that with a new IP, a new business model, and a pure RTS online experience.”

Hardware: Shipbreakers will be coming to Mac and PC during Q4 2013.

I’ll be speaking with Blackbird Interactive again in a few weeks to get more information on gameplay and mechanics, so keep your eyes peeled.