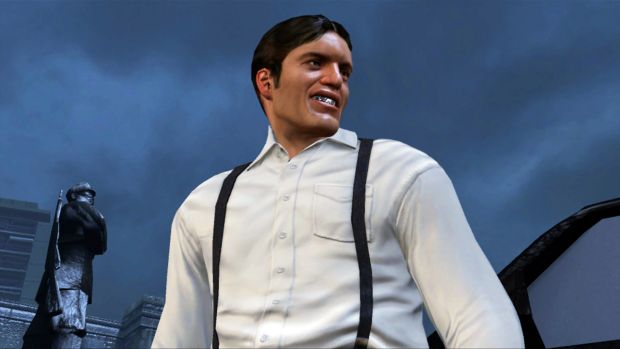 Like most, I am a huge fan of GoldenEye 64. It was my gateway drug into the wonderful world of first-person shooters. Hundreds of hours were wasted in “slappers only” multiplayer matches, causing the frame rate to come to a crawl by abusing remote mines, and exploiting the game in order to dual-wield a rocket launcher and the Golden Gun at the same time.

A re-release of the Nintendo 64 classic will forever be in limbo, so developer Eurocom and publisher Activision went and re-imagined GoldenEye for the Wii instead. It was actually pretty good and one of the best first-person shooters on the Wii.

The game was able to stand out due largely to the very small first-person shooter selection available on the platform. Now, thanks to fan demand, GoldenEye is coming to the Xbox 360 and PlayStation 3. Based on what I played, though, it’s going to have one hell of a time trying to stand out from the powerhouses that dominate these two consoles. 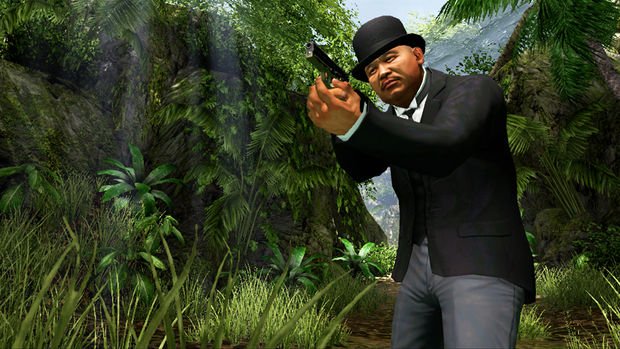 Developer Eurocom worked on a brand new engine to bring GoldenEye 007 to the Xbox 360 and PlayStation 3, in order to deliver HD visuals at 60 frames per second. The visual upgrade is pretty huge and vastly better than the Wii version for sure, but don’t expect anything mind-blowing either, especially those of you big on FPS console games already.

In terms of single-player, it’s basically the same experience as the Wii version minus the motion controls. Basically, you’re James Bond, and you have to stop bad guys from doing bad things to the world. So, you know, basically every plot of every James Bond movie. Sidenote: GoldenEye is my second favorite Bond movie of all time. Go watch if you haven’t seen it by now. 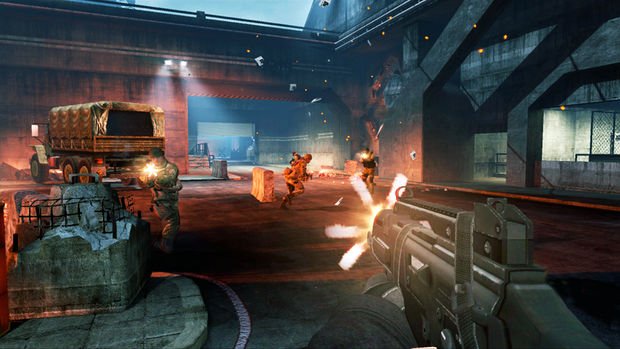 What is new is the addition of a single-player challenge section called Mi6 Operative. These missions are based in the campaign levels, where you have to complete various objectives in four different types of modes. For instance, in Stealth mode, you have to kill all the enemies stealthily (duh!). The one I tried out was Assault mode, where I had to take out multiple waves of foes.

The real draw of GoldenEye is, of course, the muliplayer mode. First, yes, there is four-player split-screen play, and it’s pretty great. All the maps are coming back with the addition of four new ones too. Playing with others in the same room brought back some great memories, and I kind of miss those feelings that come with split-screen play.

The Internet has made playing with others extremely convenient, and of course, there will be 16-player online matches with Reloaded. Returning modes will include Golden Gun, License to Kill, Conflict, GoldenEye, and more. Additionally, there will be four new modes: 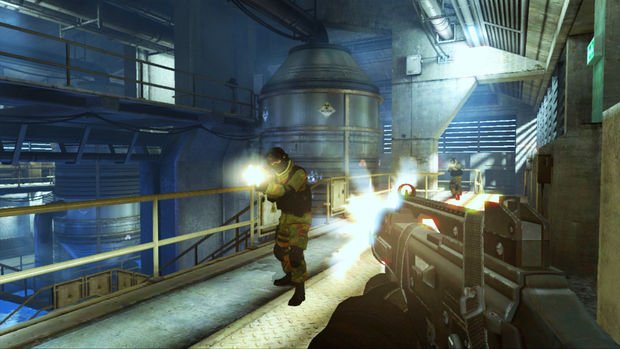 The only new mode I played was Escalation, and it’s a lot like Gun Game from Call of Duty: Black Ops. Every kill you make grants you a new and stronger gun. Unlike Gun Game, though, this mode is a lot more forgiving. If you get killed once, you’ll still have the last gun you acquired. Get killed twice in a row, and you’ll be dropped back to your previous gun.

My one major concern with Reloaded is with the controls. The single most important thing about an FPS on a console is the controls, and Reloaded was nowhere near where I would like it to be in that department. Turning is extremely sluggish, and the aiming system felt very loose. I had to play around with the look sensitivity quite a bit to make the turning decent, but there wasn’t much I could do about aiming. That precision you get with something like Call of Duty just wasn’t there. I also felt that the weapon kick and muzzle flash was way too obtrusive. 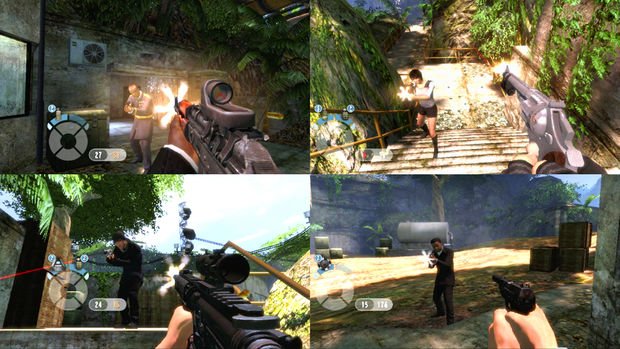 I don’t think the controls were completely game-breaking (I still won every match I played), but it definitely needs to be fine-tuned. The shotgun in particular needs to be rebalanced, as it is completely overpowered. Not to be a bragging asshole, but I joined a match in the middle of progress and ended up winning thanks to the shotty.

Speaking of weapons, expect over 30 guns plus grenades, mines, and more. All the weapons can be customized with attachments too. There are over 44 playable characters, and some of them come with special weapons, like Oddjob’s stupid throwing hat and Hugo Drax’s Moonraker laser pistol.

Additionally, you can assign three perks to your character. The first perk is reserved for the type of mine you can use, the second for increasing your character’s stats (such as speed), and the third for powering up your weapons. 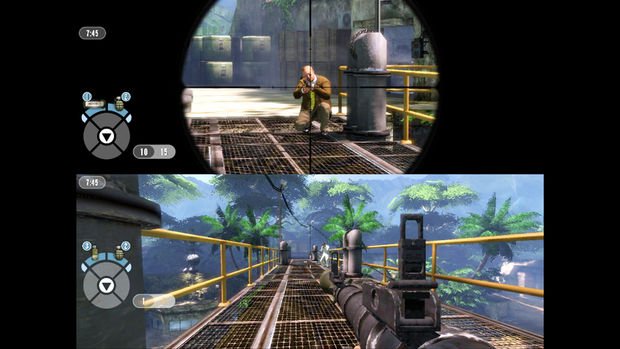 Another potential game-breaker I discovered was with the third perk option. Like Call of Duty, you will unlock perks as you play, and the highest perk you can earn for your weapons is called Multitasking. Here, you’re allowed to use any primary weapon as a replacement for your secondary weapon (normally reserved for pistols). You can be sure to expect players to just go nuts with this option. Not to keep bringing up the Call of Duty series here, but there’s a really good reason why Infinity Ward made shotguns a primary-only weapon now for Modern Warfare 3 instead of as a secondary like past Modern Warfare games.

I think what Activision is banking on here with GoldenEye is all the fans of the old game. If you’re a first-shooter nut, your money is already tied to Modern Warfare 3 or Battlefield 3. It really doesn’t help that GoldenEye is being released between those two games either. If anything, I feel like GoldenEye is best left to people just getting into FPS gaming or to the kids who are way too young for something like the M-rated counterparts (GoldenEye is rated T.)

Above all else, I really feel like GoldenEye 007:Reloaded could do with a few more months of development. Not only do I feel like it will give Eurocom more time to tighten the controls, I also think that pushing the release would ensure that the game won’t go unnoticed amongst the storm of AAA titles next month.