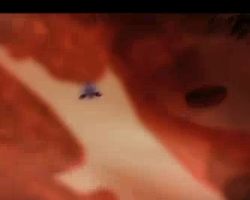 I’d never heard of MicroBot before last night, but from what I’m hearing, it could be pretty rad. It’s another game in this new genre of “bio-shmups”; shoot ’em ups that task you to kill amoebas and other single celled organisms on a microscopic scale. Ever since flOw, it seems like the industry in in love with this stuff.

MicroBot definitely does a lot to set itself a part from the “bio-shmup” pack. Two-player co-op, an emphasis on cooperative strategies and ship customization all play a prominent part in the proceedings. I told the game’s developer that MicroBot reminded me of no less than five other awesome games and movies, which I hope came across as a compliment.

Check out the video for yourself and see if this guy hated me or not.