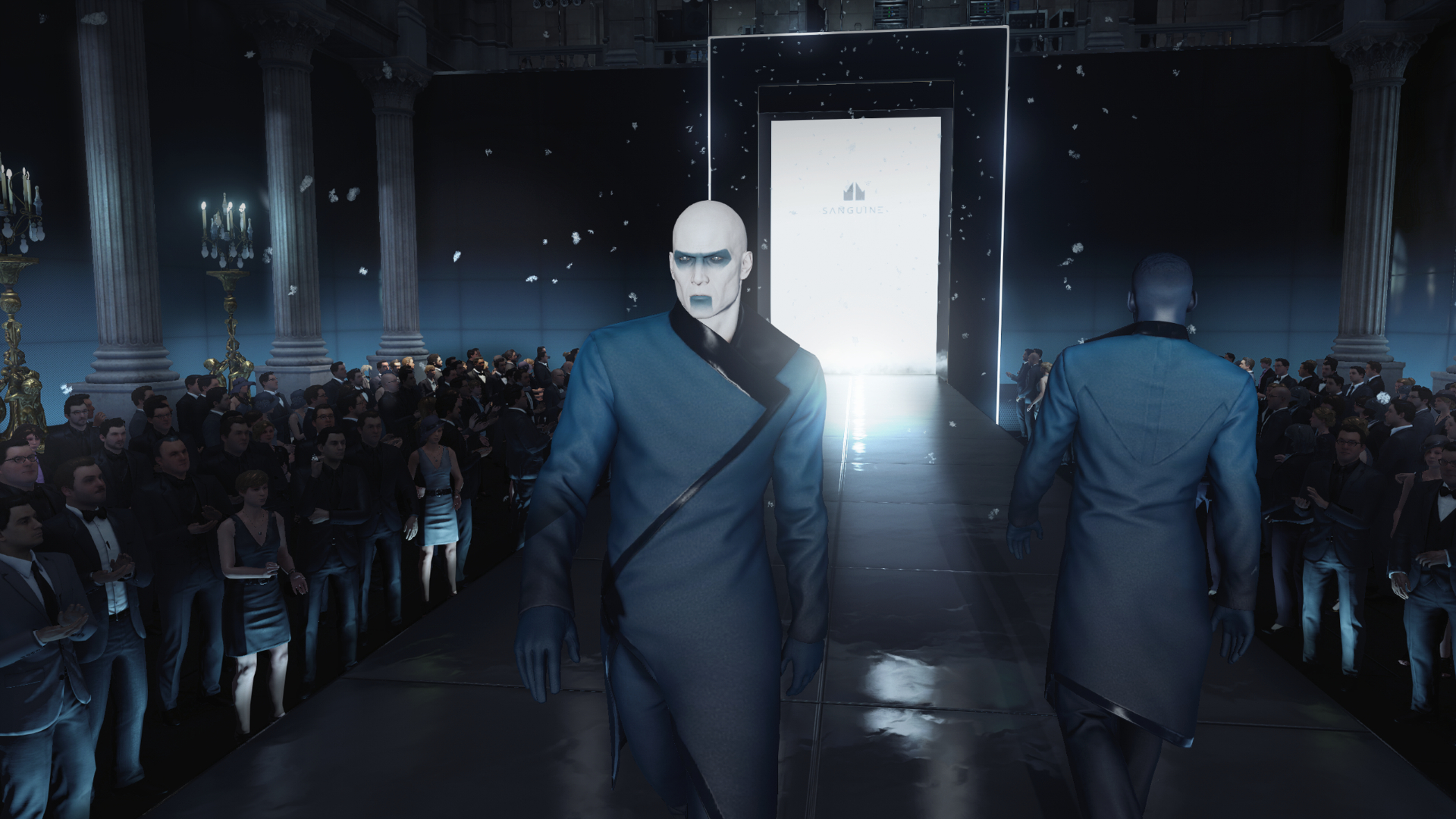 Have you ever wondered just how Cueball McFurrowed-Brow became the famously good killing man of the Hitman series’ glory years? Of fucking course not, which is why the need to string Hitman: Absolution together into some S&M nun story fell kind of flat last generation.

The new, cleanly-named Hitman from IO Interactive does want to tell you Agent 47’s origin. This takes place in the Prologue, which is one part of the first chunk of game in Hitman‘s “episodic” release schedule. That years-long, nose-buried Absolution development cycle? IO wants to be a bit more agile than that from now on, so we have another Street Fighter V-style “games as platform,” at least for 2016.

The short of it: pay $15 for the Prologue + first location (Paris) on March 11, then $10 per location every time a new one is loosed or pay $60 from go and wait for your meal piece by piece. There’s also a $50 Upgrade Pack you can tack on to the initial $15, but why? Why would you do that? You’re already paying $5 more than $60 for your pansy-ass caution, why not just do it in the $10 increments? Also, the whole thing gets a full physical release towards the end of 2016.

Okay, so, that out of the way, yep, the Prologue does take you back 20 years to 47’s entrance into the ICA (like a pimp, but for murderers) and first meeting with his British-accented handler out in some Siberian-looking snowy wilds. The amount of story there, besides peoples’ surprise at 47’s murder prowess, is minimal, and it’s mostly about setting up training missions to help get people acquainted with the Hitman style.

And they’re actually really cool because instead of virtual reality or whatever, the missions are actual, constructed sets. For instance, there is a yacht infiltration, but the boat is landlocked and there are blue tarps around it on the floor representing water (all the people, too, are, I suppose, ICA staff acting a part — not sure where the secret organization finds dozens of extras, but, whatever).

Beyond that cool touch, they are legitimate Hitman-style missions, closer in size to older entries. The boat adventure tasks you with killing “The Sparrow,” a legendary thief half-heartedly trying to go clean, while introducing distraction techniques, disguises, acquired weaponry/items. Various costumes will grant you access to various parts of the ship — security will keep you from walking straight on, but you can go around, choke out a maintenance worker, and work your way into the ship’s underbelly and up towards the waitstaff, then clobber one of those fools. And maybe then just take up position at the bar and pour The Sparrow’s lady a drink laced with poison. Me, I snuck into the room where he was doing business and shot both him and his associate in the head.

Second bit in the prologue involves a Soviet defector whom I was able to kill by disguising myself as a mechanic and fiddling with the ejector seat he was meant to test per safety rules in the jet he was making his escape on. Shot his ass right through the roof and walked slowly away while everyone freaked out.

I keyed onto the option because Hitman will offer some guidance in the form of Opportunities. Generally, you’ll overhear some dialogue (if you stop and listen at the right place, right time) that hints at a murder solution (or towards a murder solution, i.e. letting you know where a target will be and when). If you decide to track that opportunity, it leaves breadcrumbs to the next bit in the form of UI markers on the map. Hitman purists, however, can turn them off completely, and there’s no shortage of ways to do a murder, especially when it really opens up with the first mission, Showstopper, which takes place in an enormous mansion in Paris during a fashion show. 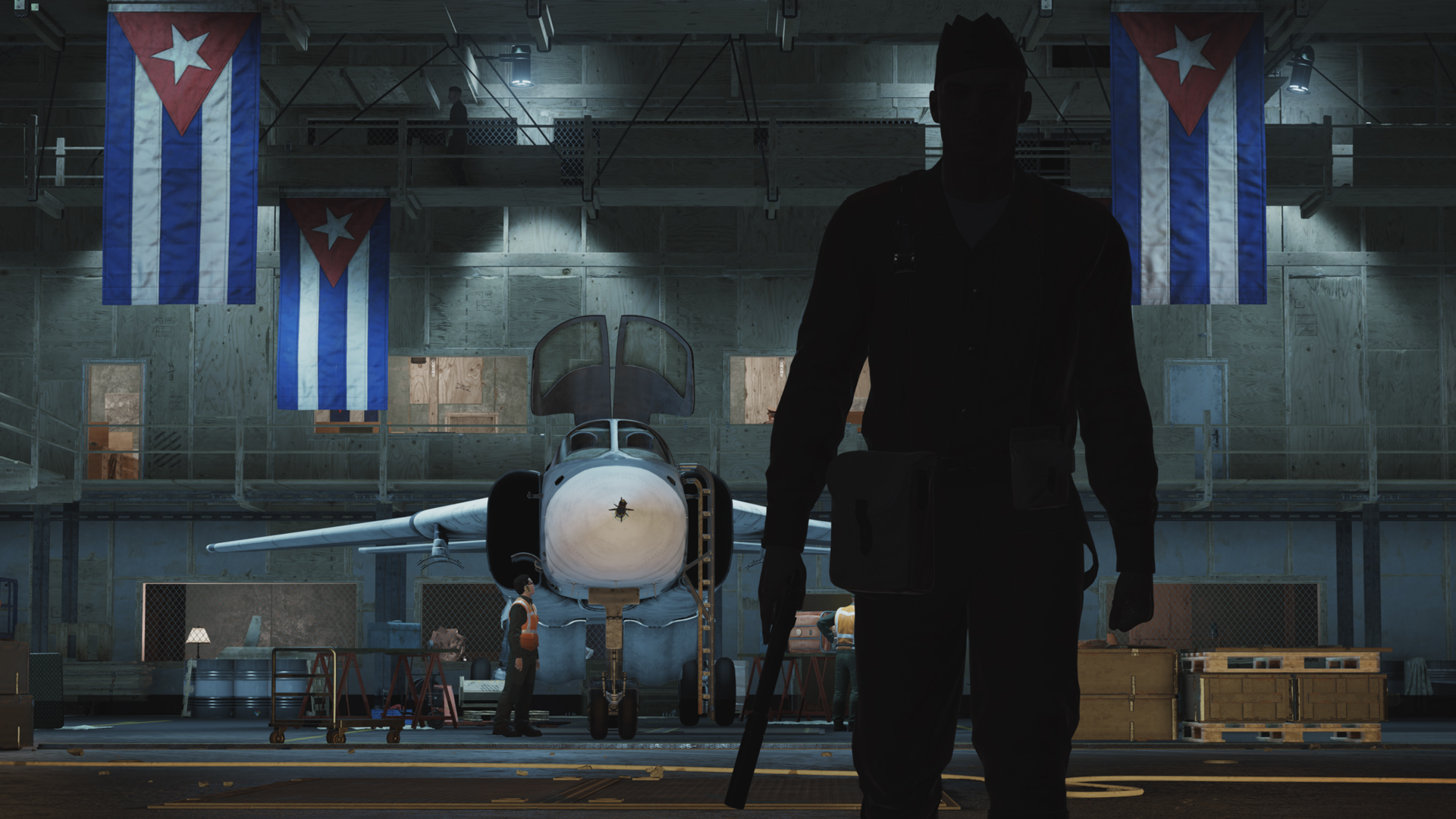 One fun solution in Paris (also offered as an opportunity): the German model headlining the show looks quite a bit like ‘ol McFurrowed-Brow, hint hint, wink wink. There are two targets here, a power couple in the fashion world secretly dealing undercover operator names to highest builder on the sly. The fashion show is huge, brimming with several hundred NPCs, from reporters to wait staff to models to socialites, while the dual targets encourage you to do something cool and stealthy (so as to not raise alarms and get into a firefight before you can take out the second).

In addition to Prologue and Paris, the initial $15 (or $60 if you’re a gambling man) also opens up Contracts, player-made hits using the same sandbox, as introduced in Absolution. The feature was something of an afterthought in the latter but ended up hugely successful, played by over 40% of players.

One cool addition is the Elusive Targets, which appear for a limited time (in real-world hours) and only afford you one shot at making the assassination, like real life. Your success or lack thereof is tracked in your profile. They’ll be much harder to suss out, too, requiring some detective work (eavesdropping, etc). These high stakes missions could end up a surprise high point.

There are also developer-designed Escalation missions. The first — again, set in the same Paris sandbox with the story-mode targets still present — required me to kill a certain, new NPC with a saber (which you can only acquire in a certain area). From there, difficulty ramps up as parameters are added. The next rendition requires killing the same man with a saber, but also hiding the body within 90 seconds after the kill.

And as you can see we’re getting into the realm of replay and re-use. Player-made Contracts and Escalation missions are effectively the same as the lone story mission, but with different goals. If all you want is to keep fulfilling tasks until the game is over, Hitman‘s set up might not be for you. But I think the series works best as a creative sandbox you have fun and experiment with, which is why the $10 release structure for new areas makes sense for me, so long as the new areas are varied enough in their killing options and layouts.

I enjoyed skulking about the Paris level for a few hours and there are still experiments I’d like to try — not to mention that I never did finish the mission with finesse (I always cocked up by the second hit for a noisy kill, subsequent firefight, and inelegant escape). That you can test the waters with the first $15 episode — if you don’t like it, you’re unlikely to like any more areas — is an alright option as far as I’m concerned.