We’ve just gone hands-on with the Xbox One controller here at Microsoft HQ. While they’re not letting us play any games yet, it was still a good opportunity to check out the hand feel and get a closer look.

As you’ll see in our gallery, this is a lovely controller. They’ve reworked everything from screw holes to seam placement for maximum comfort. You’ll notice that the battery is now internal, with two AA batteries powering the unit. Folks in the design department say they went through over 200 prototypes to get to where we’re at now, and it shows in everything from the micro-texture on the thumb sticks to the new d-pad. 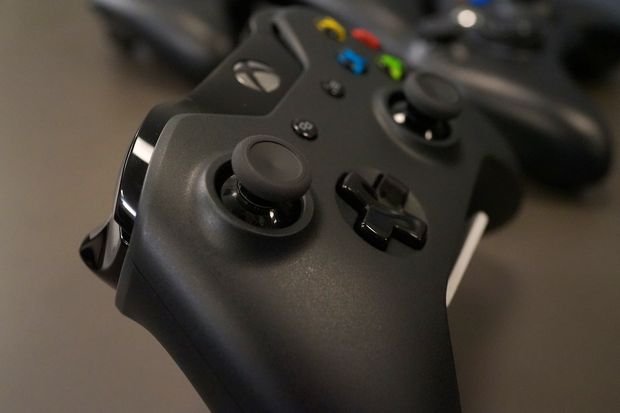 Speaking of the d-pad, again, we have yet to game with it, but know that it’s small, clicky, and feels great. The best we could do to test it is thumb around in a menu. Designers say that it’s on its own circuit board, and is much more responsive than the mushy Xbox 360 d-pad.

The bottom edge of the controller features a high-speed data transfer port. Microsoft says they’ll announce accessories for this at a later date.

The impulse triggers are an interesting addition. They provide haptic feedback to where you’ll feel it most — your fingertips. We tried out six demo experiences that ranged from car ignition and revving to casting magic spells. Each made my fingers tingle. This feedback is separate from controller rumble, but can be used in conjunction. 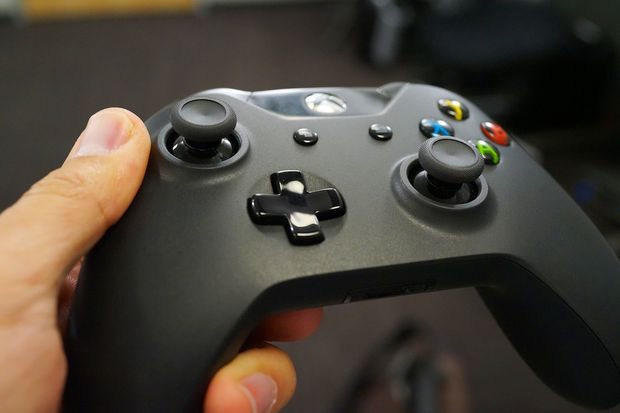 Finally, those little buttons on the face of the controller are the View and Menu buttons. Microsoft says that developers are free to use these as they wish, but suggest that the view button can be used to alter camera views and the like.

Again, we have yet to actually play a game with this new controller, but it certainly feels like an improvement over what we already consider the gaming standard.