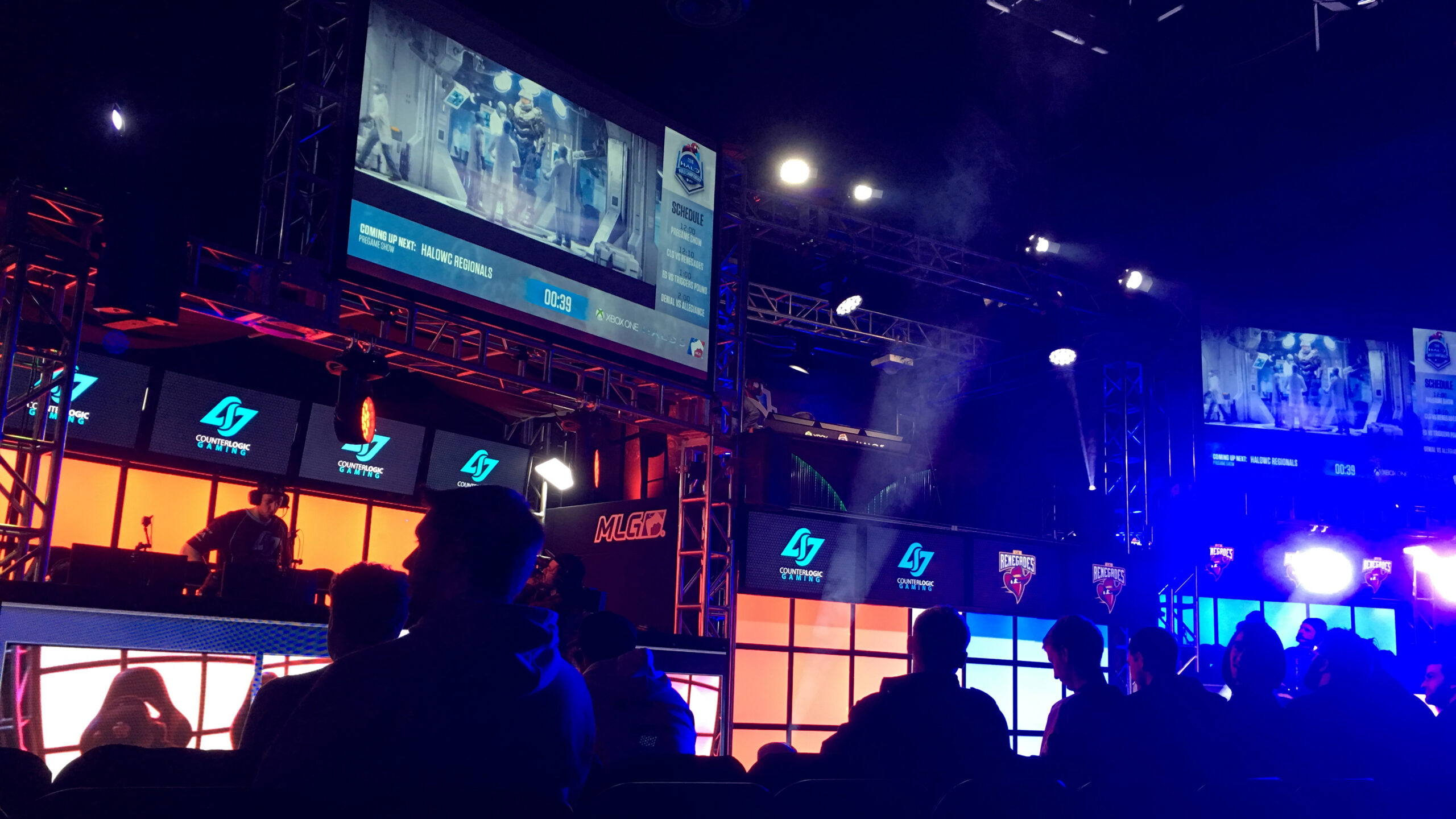 Worth waking up before noon for

I’ve always been a big fan of the Halo series, and I especially love the multiplayer for Halo 5: Guardians, so when I heard the MLG Halo World Championship North American Finals were taking place in Columbus, Ohio, literally under a mile from where I live, I had to go.

Last Sunday, I woke up early and made the three-minute journey to the relatively new MLG Arena to experience my first-ever professional eSports event. I regret nothing.

Upon arriving, I thought I had pulled into the wrong parking lot. The arena was essentially unmarked. I texted my friend I was meeting there who had been at the event the previous two days to confirm this was the right place. “There should be a taco truck in front of it,” she replied. Indeed, there was. And there was much rejoicing because who doesn’t love tacos?

I don’t often like to make a big deal about being press, but the moment I walked in the door, a security guard barked at me as if I was violently coming at him. I blurted out, “I’m press!” so the nearby MLG reps would calm him down. I felt both pretentious and relieved that was over with. 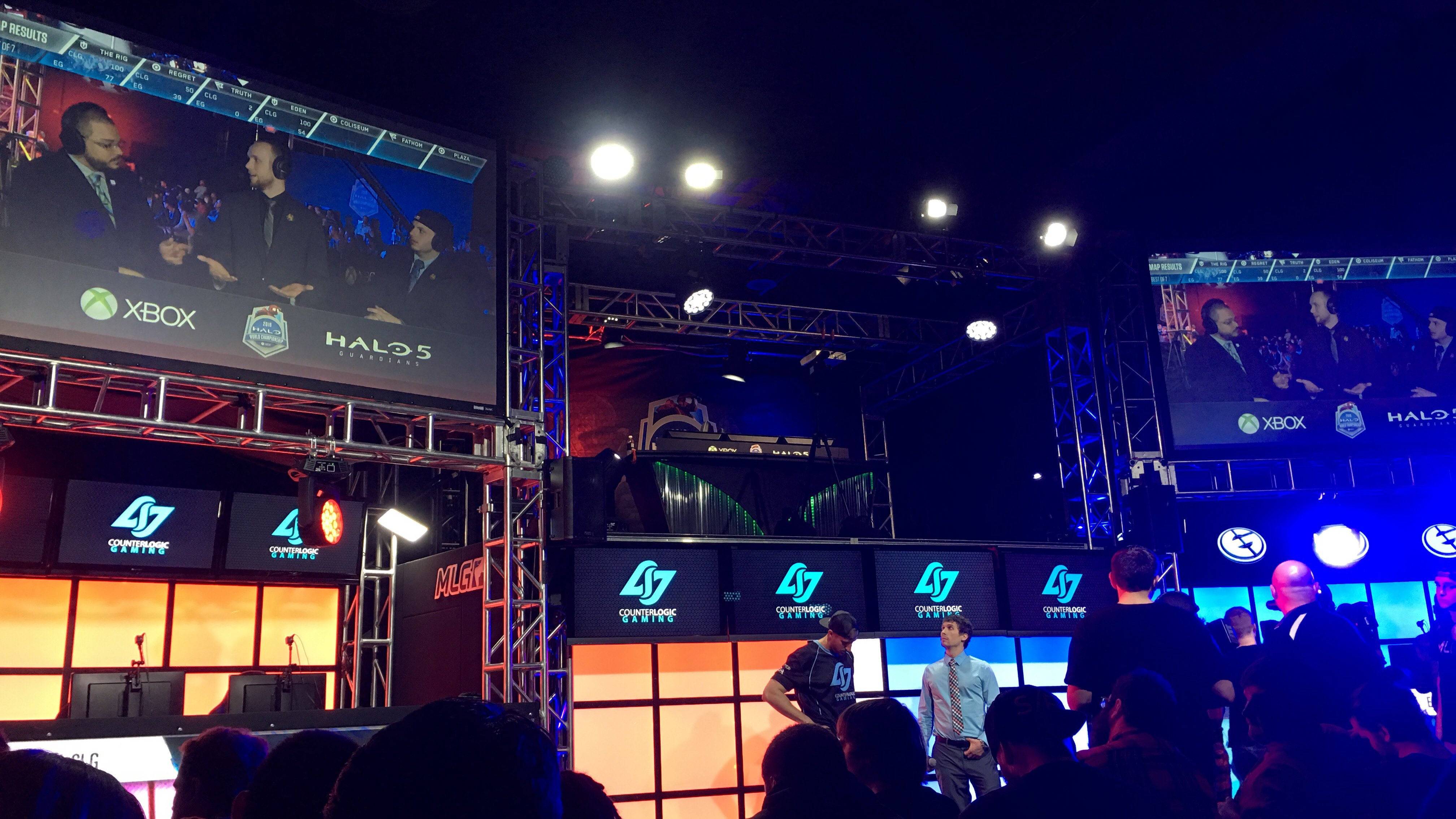 Entering the arena, I was shocked at how small it is. Turns out the venue only seats 200 people, and not comfortably, I might add. The seats literally touch and leave much to be desired for leg room. That said, I’ve had far worse, though I couldn’t help but have a flashback to the PC Gamer conference at E3 2015 where my and Laura’s asses nearly died. Nearly identical seating.

I noticed a machine up front pumping ample amounts of fog into the air so all the bright, colorful lights could hit it just right and look pretty for the cameras. I think they overdid it. My contacts started to feel dry, but then the fog backed off a bit once the first match started.

I didn’t pay much attention to the announcers that crowed over the event. I was more enamored with the atmosphere and taking mental notes to better my own skills. The predominantly white male audience around me got animated, yelling when things would get particularly exciting in a match, which in turn made me excited. “This must be what it is like to be a sports fan,” I thought. “I like this.” At one point, a voice shouted from the back of the arena, “Give him a bullet!” and everyone laughed. I laughed, too. I’m still not sure why.

I noticed a lot of women in the audience, whom my friend informed me were all girlfriends of the professional players on stage. She knows them personally. I had hoped they were just fans of the eSport or hopeful future players, but alas they were there rooting for their men. My friend was there because she loved competitive Halo though, so that makes one!

A few sets passed by which seemed one-sided. I thought this was odd for what was supposed to be the best of the best. Three teams clearly stood above everyone else there: CLG, Evil Geniuses, and my new favorite team, Denial eSports. If you’ve ever seen any eSports competitions at all, you’ve probably heard of CLG and Evil Geniuses — they seem to have teams in every game imaginable — but Denial eSports is the new kid on the block. And I mean that literally: some of the players were kids in their teens.

Denial eSports ended up making it to the finals to take on CLG, who had been completely dominating every team it went up against including its arch rival, Evil Geniuses, in the semifinals. Prior to the start of the finals, an announcer interviewed Bubu Dubu from Denial.

Bubu was visually nervous while the announcer hyped up how his team seemingly came out of nowhere as the underdog of the tournament. It was almost as adorable of a display as the Unravel guy announcing his game. I found it hard not to root for Denial, especially considering one of the players, Huke, had only been playing Halo competitively for two months, having made the jump from Call of Duty.

The crowd in the arena was overwhelmingly behind Denial as the finals happened. Lots of cheering and yelling, especially when Huke would pull off something impressive. I was certainly invested. My heart raced during the finals — though that could have been from the cheesecake chimichangas I was eating. In the end, CLG won. The crowd politely golf-clapped.

CLG may have taken home the prize money, but Denial put on a show and clearly made a name for itself. The team certainly earned a fan in me, and made me crave going to more eSports events, something I never thought I’d want to do.

I have to say, if you’ve shown an interest in a game and you ever get a chance to attend a professional tournament for it, go. Watching eSports online just isn’t the same as being in the crowd and experiencing the thrill of being a spectator. You might end up loving it. I know I did, even if I drove home feeling sad my favorite team didn’t win.