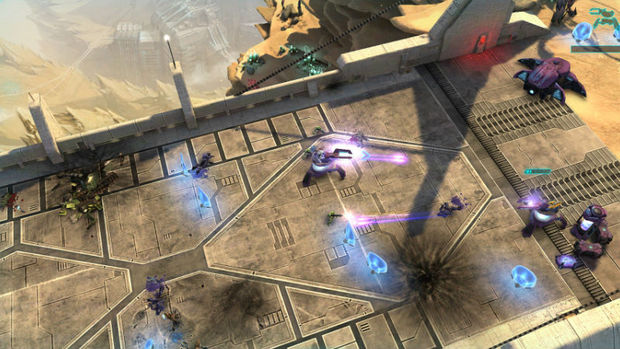 Why not? It’s already everywhere else

One thing that can be said for Halo: Spartan Assault is that it’s certainly the most accessible of the Halo games. Hell, it’s landed on about every Microsoft platform in recent memory. Today, Xbox 360 gets added to that list.

The top-down shooter hits what was formerly Xbox Live Arcade for $15. An interesting wrinkle is that users that purchased the game on Windows 8 PC or tablet, or Windows Phone 8 prior to December 15, 2013 can buy it for $5. If, you know, you want the same game twice.

I guess it shouldn’t come as much surprise that this is being ported everywhere it possibly can. With Halo 5 in the works and that Steven Spielberg-produced television series, it’s very obvious that Microsoft hasn’t forgotten that Halo is Xbox’s flagship brand.