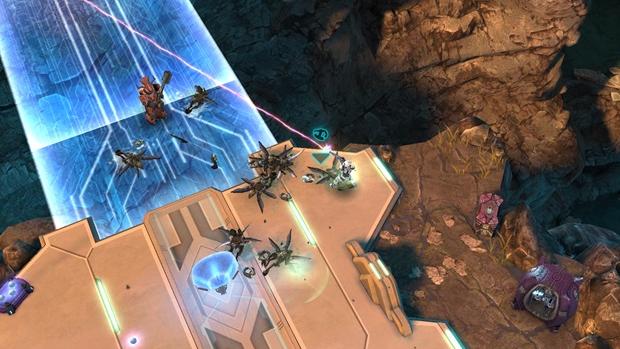 Set to release in December

Currently only available on devices running Windows 8, the dual-stick shooter set in the Halo universe Halo: Spartan Assault will be coming to Xbox consoles, reuniting with the brand most closely associated with the shooter franchise. Spartan Assault can be expected to release on Xbox 360 and Xbox One as a downloadable title this December.

Perhaps the most noteworthy part of the press release we received regarding Spartan Assault’s Xbox releases is that players will “watch each other’s backs (literally),” so I’ve taken the liberty to provide mockups of possible gameplay screenshots focusing on this exciting new addition.