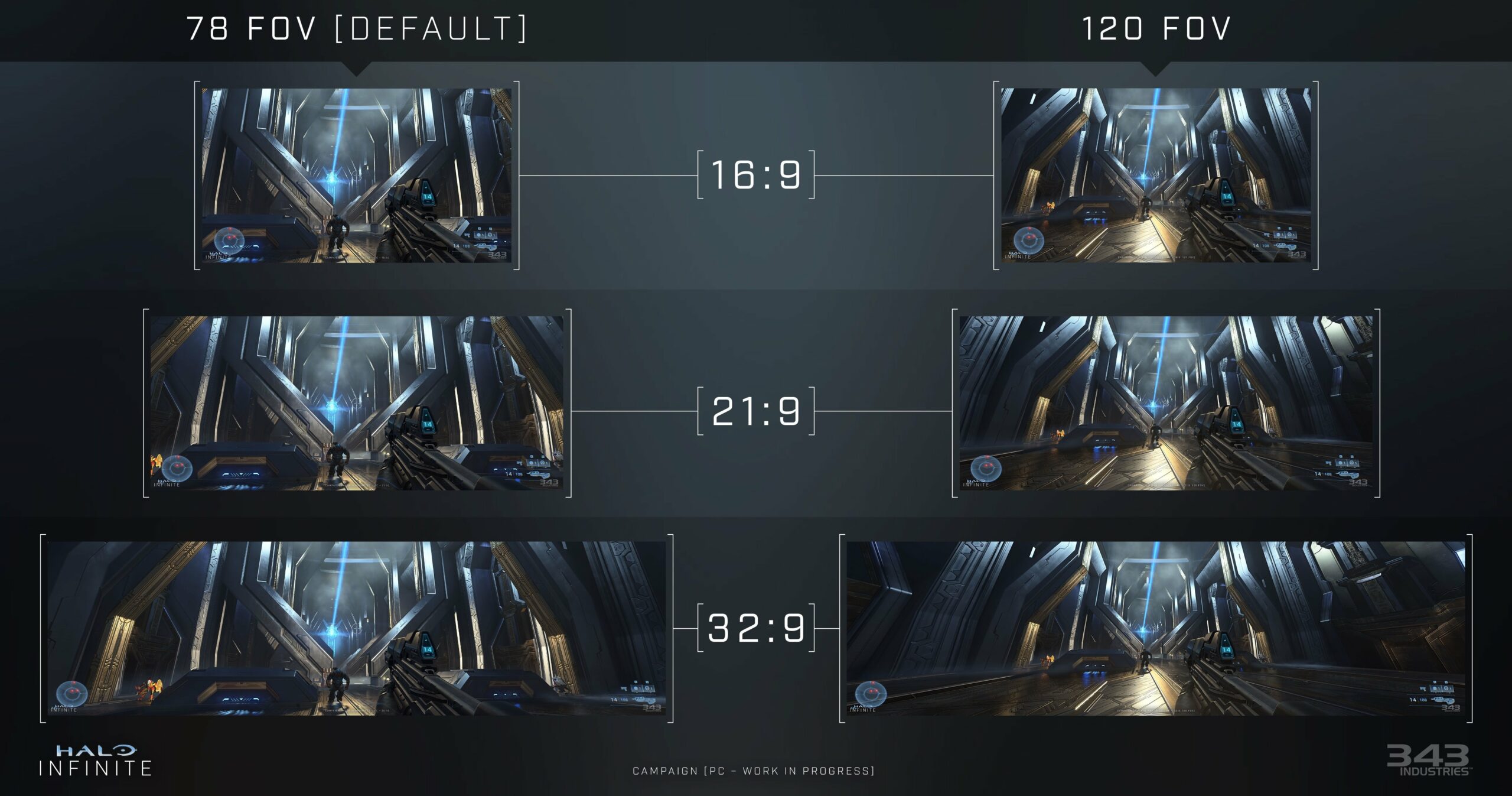 The delay did it good

I’m actually enjoying the relaxed and fireside manner in which Microsoft is giving us Halo Infinite updates.

They took the memes to heart when it was shown off that fateful afternoon, and the Halo Waypoint blog has been a font of information for the game. That goes double for the update this week, as 343 is really going hard on the PC version of the game.

343 producer Jeff Guy calls this a “native first-class PC experience,” with options for 21:9 ultrawide views, as well as 32:9 and a 120 FOV slider (by default it’s set at 78). Guy also muses: “There’s also a TON of preventative problem solving. Things like making sure our game plays nice with specific families of hardware or fighting hard to ensure we don’t add intrusive DRM to our game. The problem with preventative problem solving though is you never see the crisis averted.”

Yep, that last bit!  It’s important to note that Halo Infinite will have cross-play and cross-progression between consoles and PC. It was kind of a given, but with how projects have been dropping features left and right this past year, it was always possible that it might not happen. This confirmation seems final to me!

Plus, here’s another bonus, as described by Jeff Guy: “We actually allow you to host a local multiplayer server on your PC. Other players on your LAN, both PC and Xbox, are able to join your local server and play Infinite multiplayer with you. We also have both ranked and unranked matchmaking playlists where PC and Xbox can play together online.”

It’s really worth reading the entire update (it’s a novel!) if you’re remotely interested in this game. 343 also says that they plan to support Infinite for “years to come,” which I hope is grounded in reality. It’ll have to actually do well, of course.