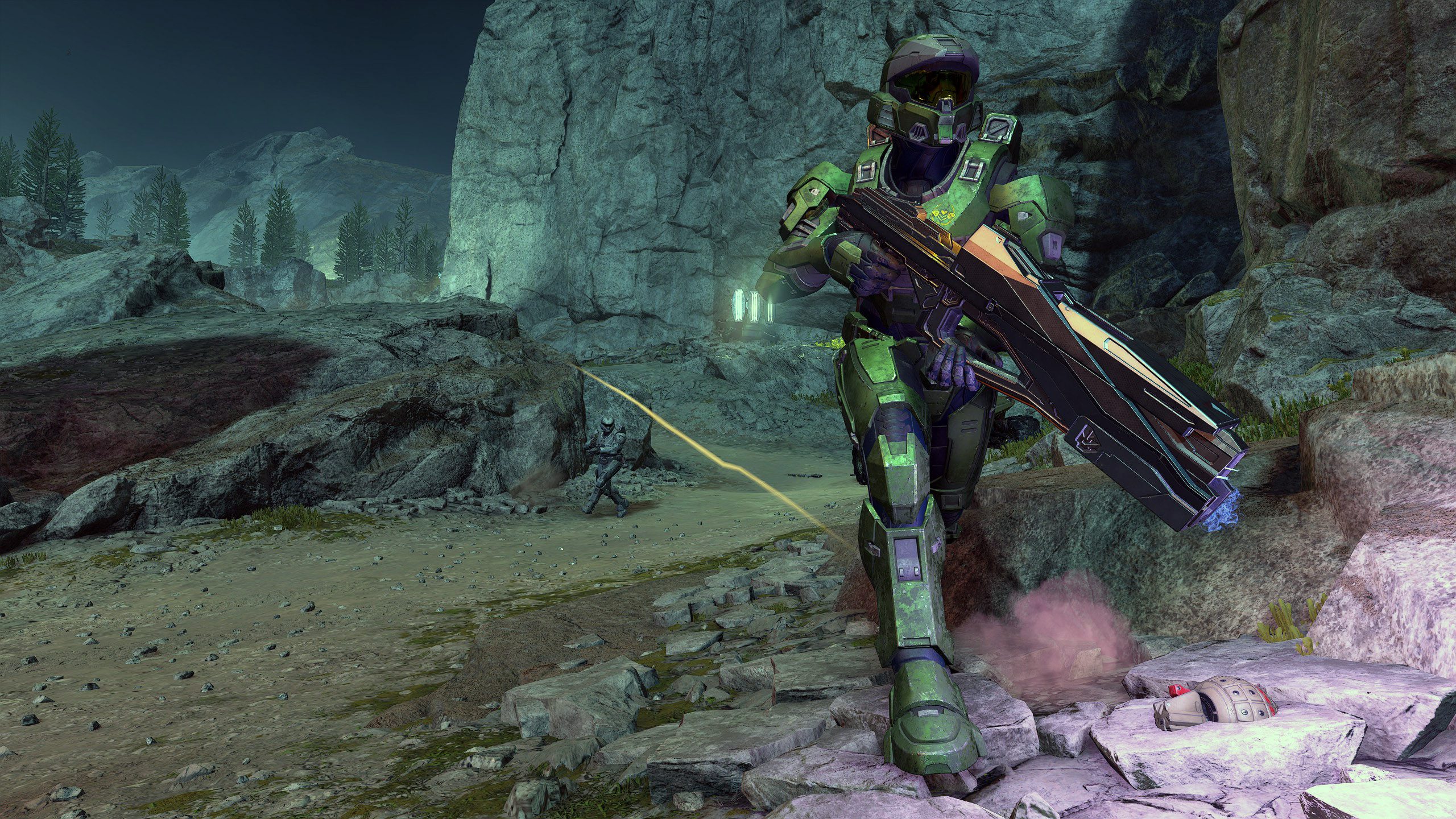 At least you get a burrito out of it

Over the years, games have solidified their partnerships with some of the most notorious gamer-foods, like Doritos, Mountain Dew, and Oreos, just to name a few. Now Chipotle wants to get in on the action, this time in collaboration with Halo Infinite‘s multiplayer.

Now through the end of the month, players can earn five Challenge Swaps per order if they order online or through the Chipotle App and use the promo code HALO117. Challenge Swaps allow players to reroll which challenges they get in-game, “just like customizing a burrito bowl,” says a post on Xbox’s website.

As part of the promo, the free multiplayer tournament, The Chipotle Challenger Series, will be making its return this year from December 10-13. $65,000 in prize money is up for grabs, along with other undisclosed prizes. On December 15, the event will end with a Show Match featuring creators like TimTheTatMan, Nadeshot, Myth, and Cloakzy.

Halo Infinite has both daily and weekly challenges for you to complete, and if you get through enough weekly challenges you’ll unlock the Ultimate Challenge, which gives you some special loot. The actual challenges range from meleeing from behind, killing an enemy Spartan with a sniper rifle, or winning Capture the Flag matches. Challenges are also placed in one of three tiers, and randomized for each player. In theory, if you have a set of hard challenges, you could reroll them with the Chipotle promo, but you could still end up with bad challenges, so there’s not even a guarantee it’ll work out.

The tournament sounds like fun, but we can’t deny that the Chipotle Challenge Swap situation is a bit… weird. Usually when you buy into a gaming partnership, you’re getting extra stuff like double XP, but here you’re just paying to not deal with certain types of challenges you might find annoying. That’s supposed to be the reward? I get to not interact with parts of your game? Where’s the fun in that? At least some of the campaign rewards transfer to multiplayer.