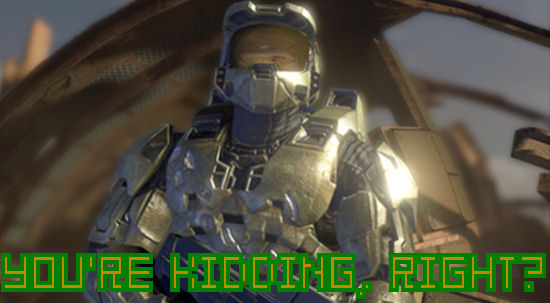 I sigh, truly I do, when I think about Microsoft and its awful, awful production values this generation. It seems that doing things on the cheap and as rushed as possible is the order of the day, which might work in the short term, but is infuriating gamers. With the release of Halo 3, more people than ever are surely being introduced to the world of the Xbox 360 — and with it, are beginning to suffer the consequences of shoddy production. Not only do Halo 3 players have to fear their console red ringing on them, they now have the threat of unreadable discs looming over their heads.

Both Bungie’s forums and the Xbox.com forums are saturated with posts complaining about disc read errors and freezing glitches with their copies of Halo 3. There are complaints about both the Legendary and standard editions and these are brand new, good condition copies by all accounts. Either the game is truly defective, or people’s Xbox 360s are just having one mass suicide, though many of the affected claim other games are working fine. Either way, this is not what the biggest launch of the year needs. Not at all.

It’s quite pathetic, in fact, that with so much attention on the 360 thanks to Halo, something like this should happen. I wonder what all those new customers will think when their consoles keep crashing out on them. After the anger over the badly designed packaging for the Collector’s Edition, these stupid, easily avoidable problems are becoming a farce.

[Tip from the Donutty one]