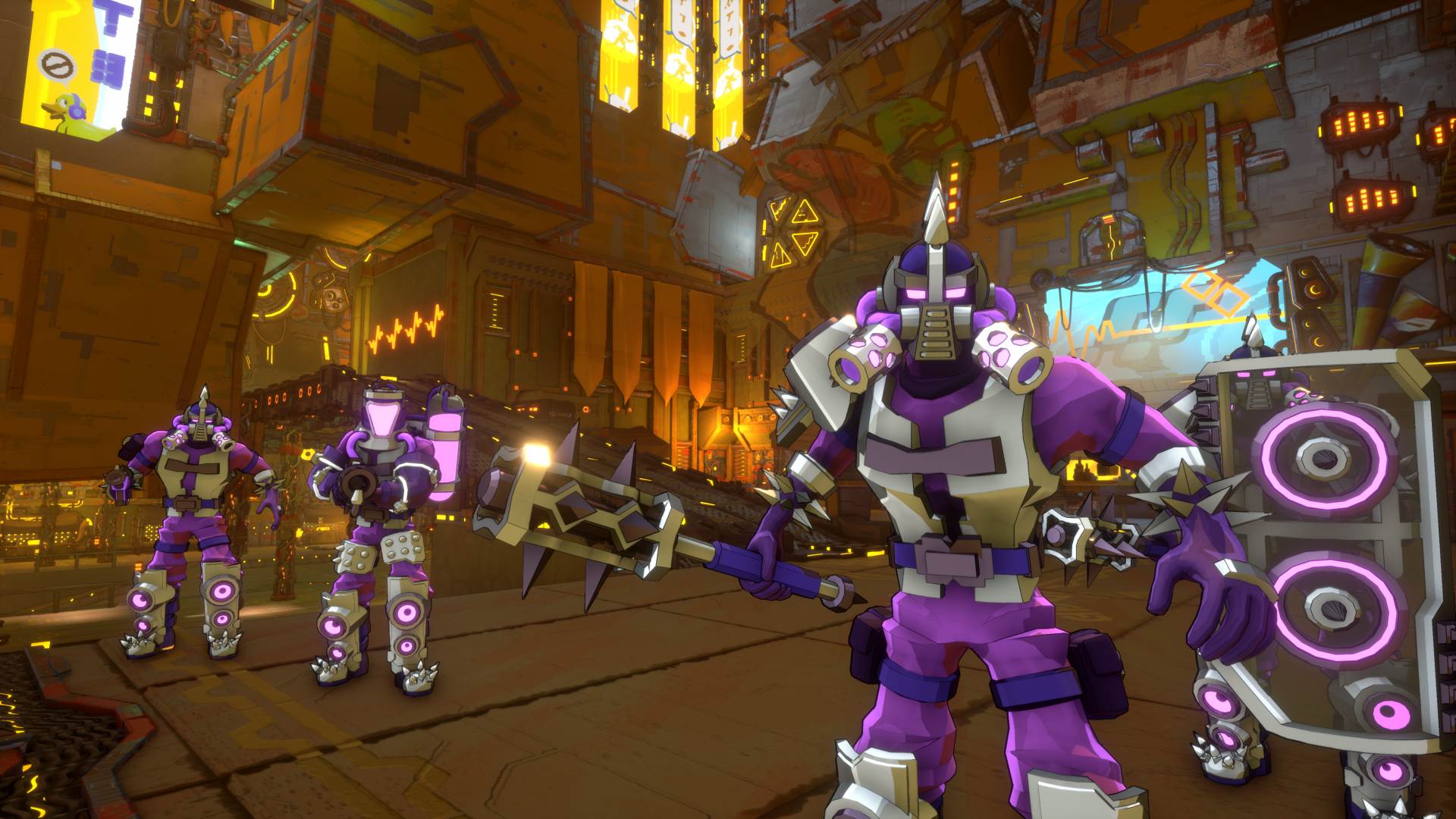 Bunny-hopping to the beat

Rhythm game spins have been steadily increasing in popularity. The metronomic pulse underpinning the action forms a thin line to navigate, somewhere between flow state and tripping over your own feet. That’s the line Jaw Drop Games’ Gun Jam rides, and it does so pretty well.

I had a chance to see and play Gun Jam, as well as speak with Creative Director Martin Darby and Paul Wilson, a producer from publisher Raw Fury. The game was seemingly born out of a concept made a few years ago, of moving and blasting enemies to the beat. Now, Jaw Drop Games has brought the concept to life in Gun Jam, a rhythm first-person shooter where players have to move to the beat to survive.

It’s a pretty simple concept, if you’ve played something like 2016’s Doom or even the original. Enemies spawn in, and the player blasts them as they arrive. In Gun Jam, the action centers around the music thumping through the stage, making it pulsate with the beat. A metronome lane of beats scrolls up from the bottom of the screen and into the crosshairs, intuitively showing the player the right time to click heads. Different colored notes will correspond to a few different weapons, ranging from a simple gun to a more powerful rifle or grenade launcher.

I watched the devs play through the level before taking my own crack at it. I note this because Gun Jam took me on a very humbling journey from thinking I got the general idea, to realizing how much was being asked. There’s a general flow through the level, but no rails. It was up to me to dodge fire, move around the arena, and keep the beat alive by shooting, kicking, or dashing along with it.

It felt a bit like the old rub-your-stomach, pat-your-head routine. Once I started to see beyond the lane, so to speak, it clicked. If you’ve played a rhythm game like Rock Band or Guitar Hero, you’ll know the feeling of seeing “beyond” the highway, and recognizing patterns out of the corner of your eye. That’s pretty crucial in Gun Jam, where I’m trying to determine my next moves and high-priority targets while also matching incoming beat patterns. 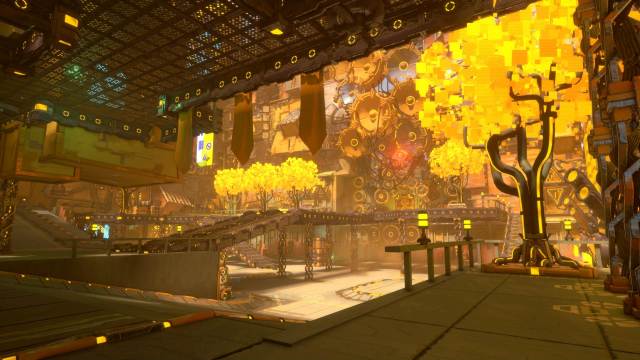 Balancing between arena shooter and rhythm game can feel a bit like playing two games at the same time. And, as Darby tells me, it was the core challenge in bringing Gun Jam to life.

“We’ve gone through a lot of prototyping, and a lot of pre-production, in order to get that right, and get what we feel strikes that balance in between those two aspects,” said Darby.

The core becomes, like any rhythm game, learning the song. Eventually, the player will start to remember core parts of the tune coming up as they should. The chorus arrives, and they know the grenade launcher will drop on the downbeat. If they see a group of enemies all huddled up, the gears turn. And in my playthrough of the demo, I felt that happening; one particular section keeps the main beat going with the main rifle, but adds in a three-beat syncopation between those steady rhythms. Once I knew when to expect those three extra-quick rounds, I could anticipate them, identify a dangerous foe, and burst it down quickly with the boosted firepower.

“We want people to like listening to these songs, and through that learning process and knowing when some bridge or chorus or a drop is coming, will kind of trigger a player to know that a grenade launcher is on the way also,” Wilson told me. “So it’s kind of this learning experience, as well as something that they’re enjoying moment to moment, if that makes sense.” 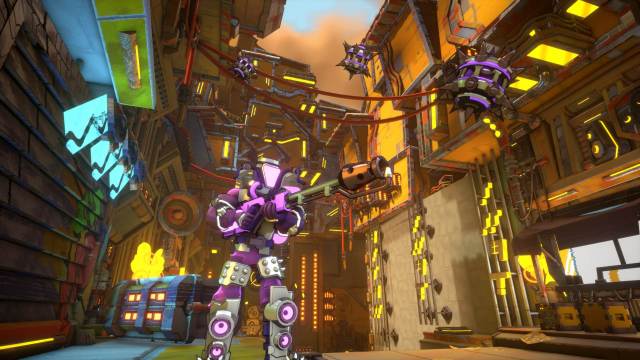 In the demo I played, death was turned off. In the final build, as Darby tells me, they’re looking to have a soft-fail condition, similar to missing notes in Beat Saber or Guitar Hero. Rhythms will also get funkier; though the demo build was very metronomic, Darby says there is stuff in there for them to ramp up to higher, “Nightmare” difficulty.

As for its soundtrack, Jaw Drop Games is looking to have multiple genres. The devs identify electronic music, trap, and metal as genres they’re looking to explore, each with their own corresponding character.

“We got some polyrhythm sections for you, if you like,” Wilson jokes.

User-generated content is also something Jaw Drop Games is interested in, as something in their stretch goal category. I brought up the question of copyright, as users could potentially start using Metallica instead of original music, and the developers assured me they would want to work within the “legal constraints” of what can be done.

One song and dance with Gun Jam definitely has me interested. I like the different genres they’re approaching, the bright colors, and use of weapons as nodes to add some in-the-moment creative problem solving. Clicking heads to a beat is fun, and Gun Jam easily finds the synchronicity between the two.

Gun Jam is up for wishlisting on Steam now.