Dark Souls III: The Ringed City is a little more involved than several of the other add-ons in the history of the series.

Without direct spoilers (read: screens or a description of the fight), here’s a quick rundown of how to access the hidden boss. 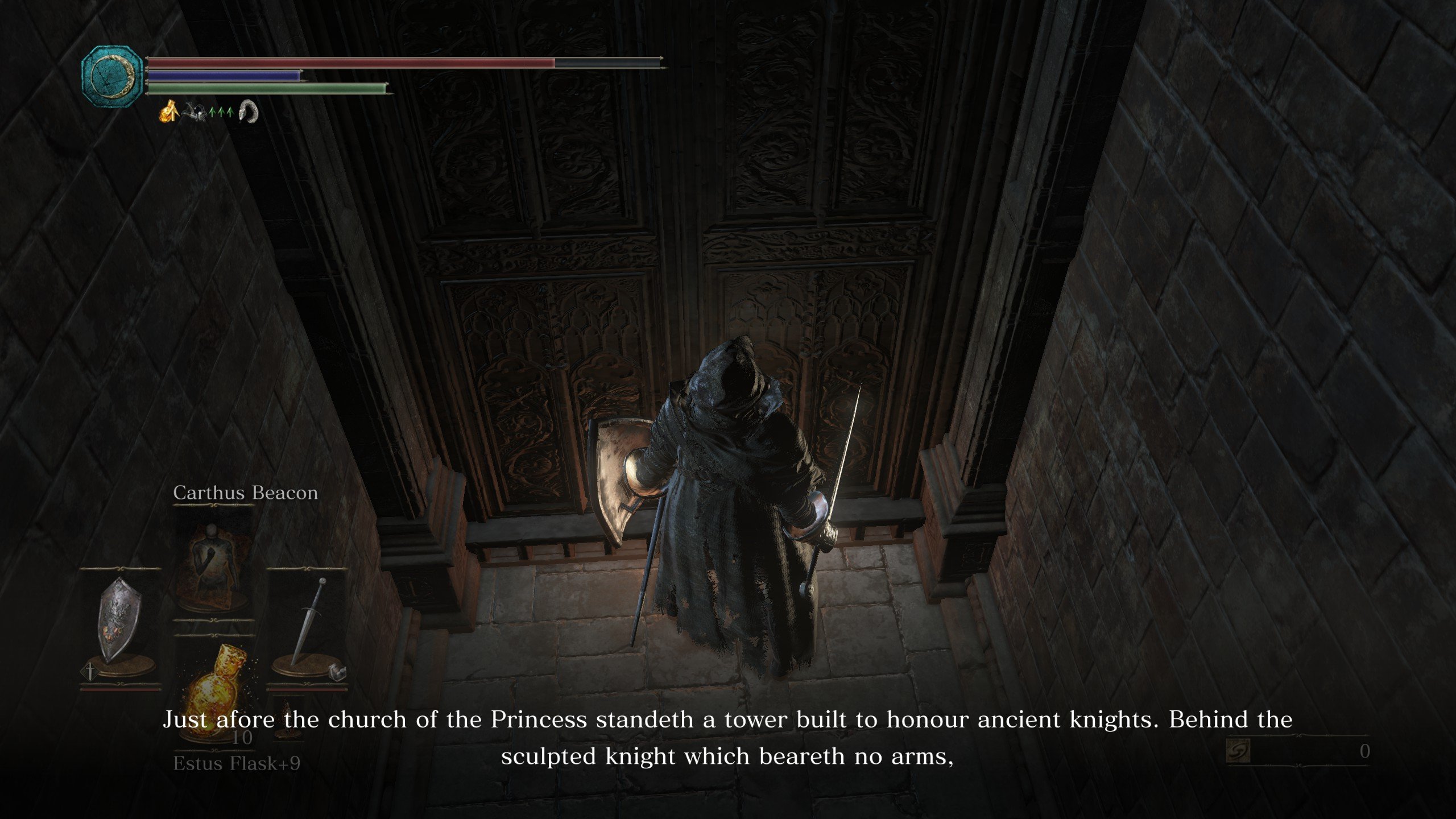 First, you’ll need to proceed with the main DLC route until you get to the Ringed Inner Wall bonfire. From there, head down the spire, across the path, and hang a right up the large outdoor staircase.

At the door is an NPC who will give you a quest to defeat a dragon. Accept it. 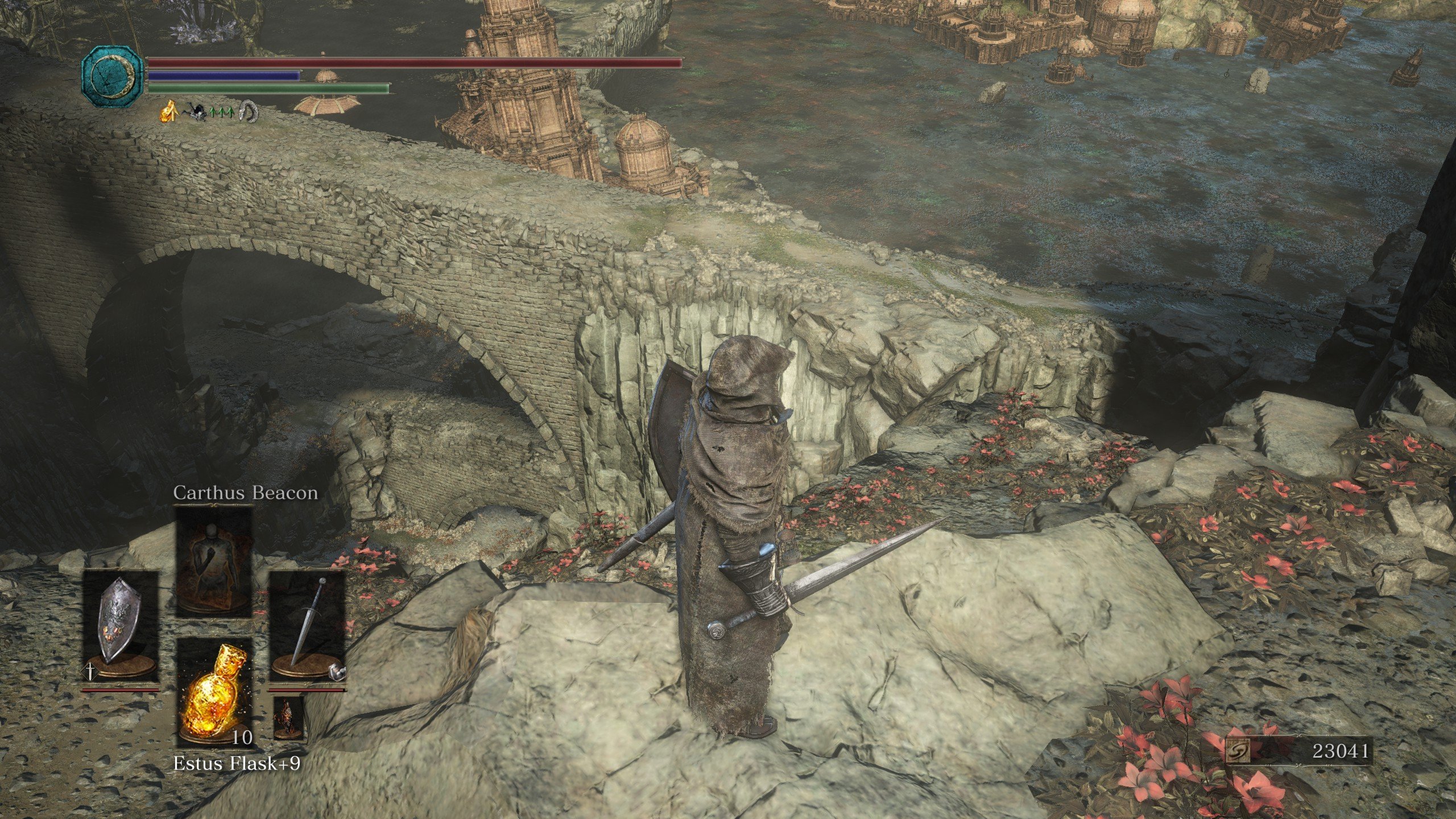 Further into the DLC you’ll find the Shared Grave bonfire. Head up the staircase and into a large outdoor area with a bridge.

Fight the dragon, finish it off, and it’ll drop into the abyss below. 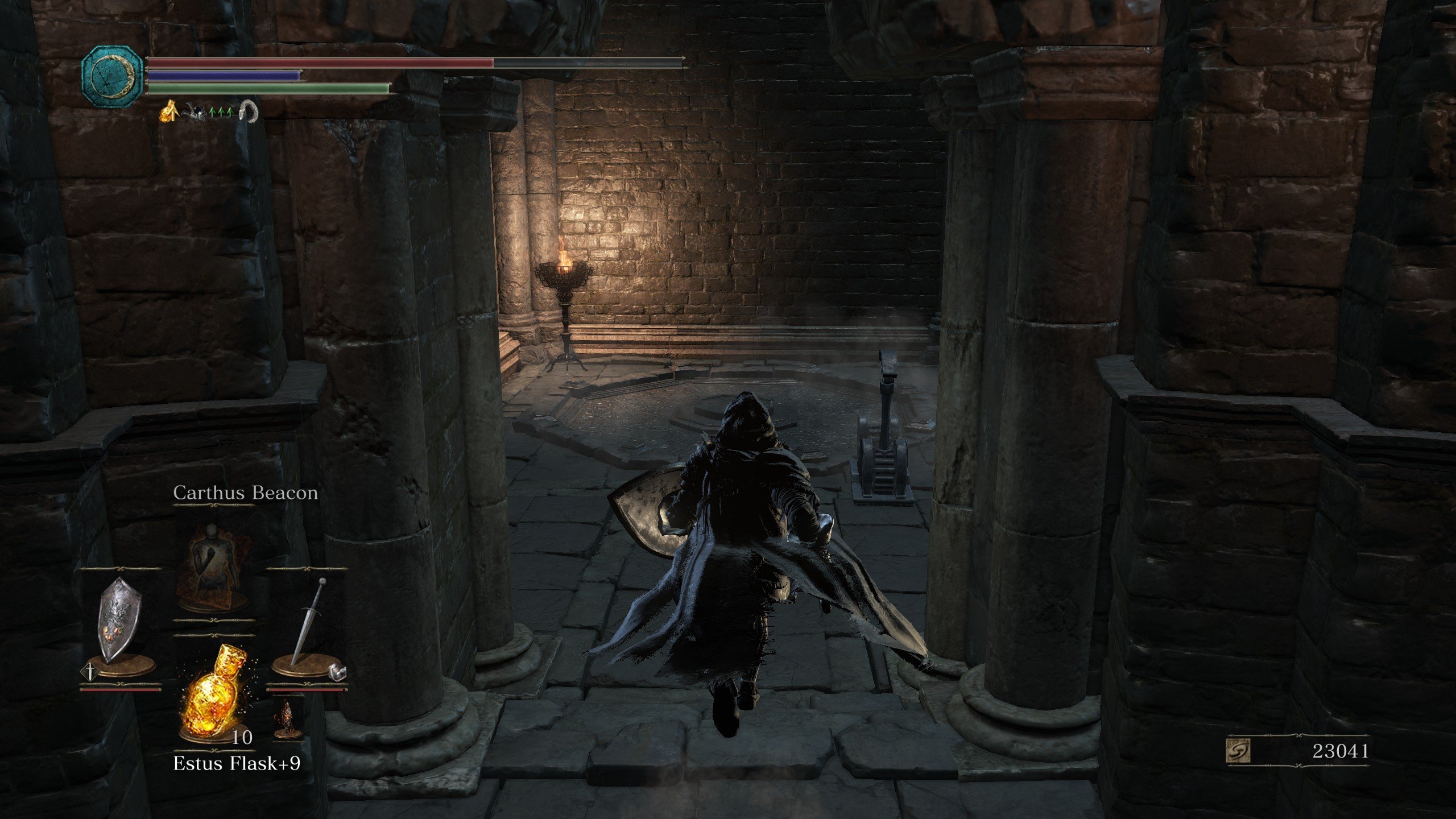 Here’s where the riddle in the very top screen comes in handy.

Just before the Church bonfire (inside the giant chapel with another boss) is a spire that contains a ton of Black Knight statues. Head to the elevator inside that leads back up to the shortcut to the Ringed Inner Wall bonfire and leap into the alcove on the right side. 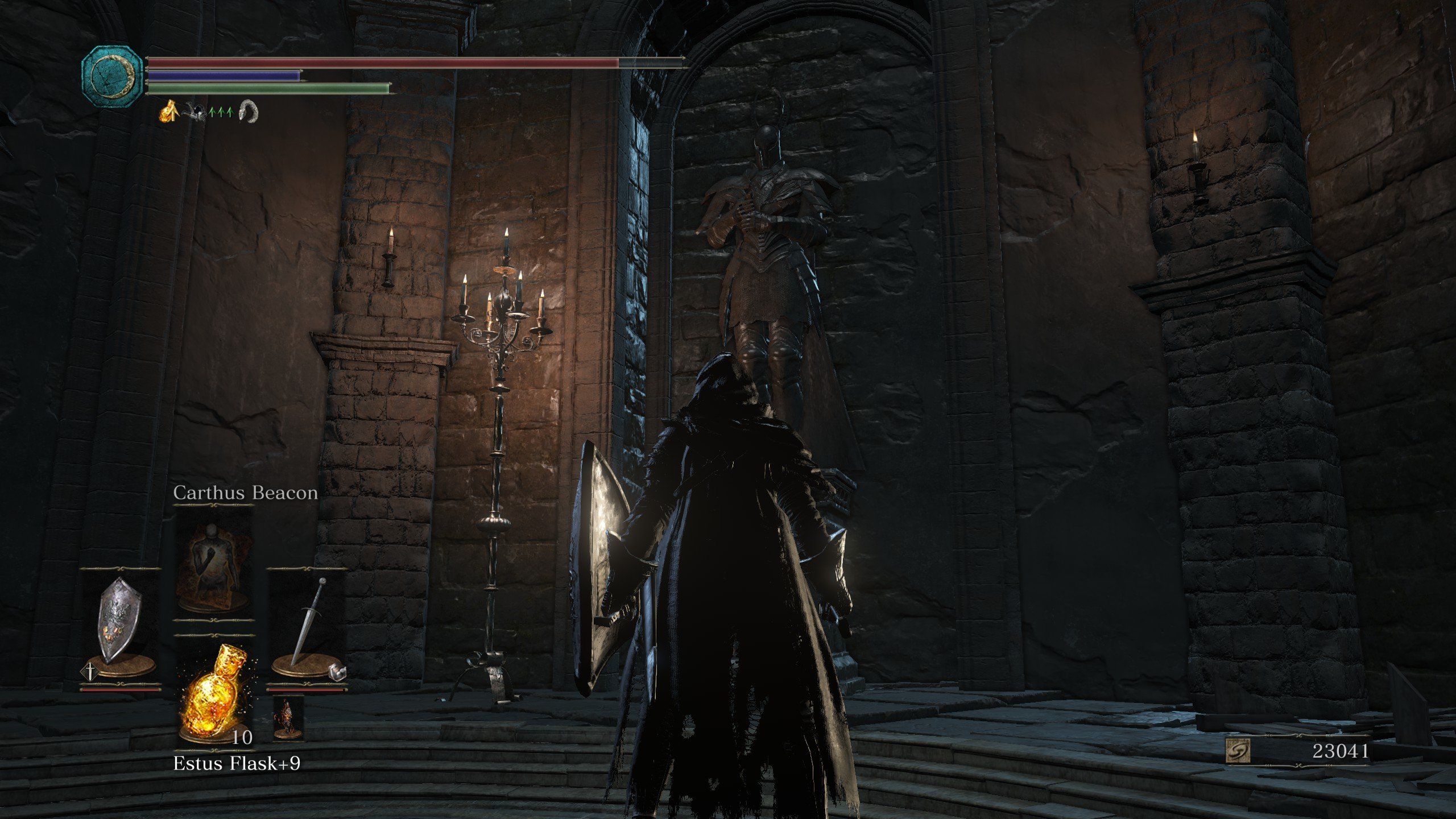 Head down the hallway to the left and locate the statue above.

In this case “bareth no arms” refers to his lack of a weapon. Strike the statue to reveal a false wall that leads to the boss room. 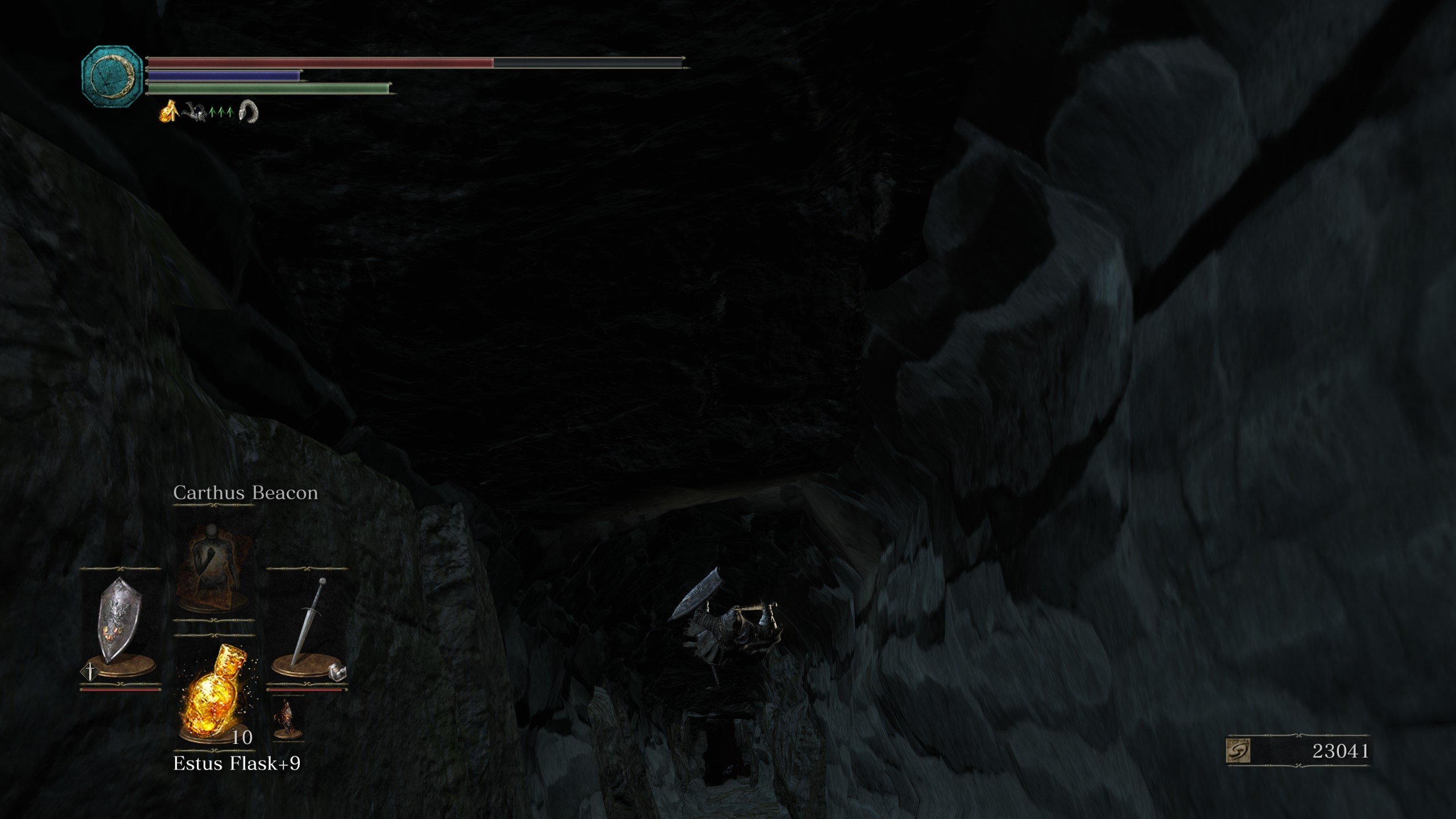 Go down and drop into the abyss! In case you’re wondering, the Ringed Inner Wall is the closest bonfire to the boss.