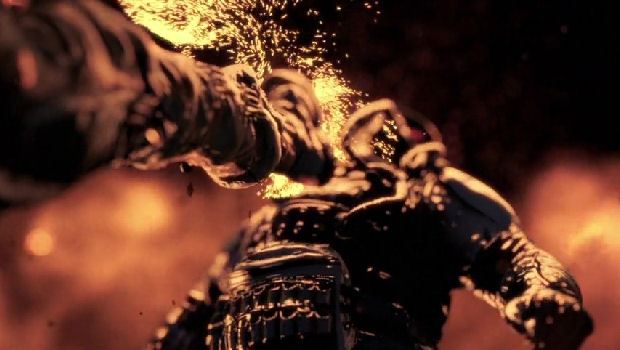 Killzone 3 will be available with no only Move support, but 3D support too, pretty much making it a PlayStation 3 feature showcase. As somebody who is still cynical about the benefits of 3D gaming, I asked Killzone 3 senior producer Steven Ter Heide exactly what it is about the gimmickry that will enhance his game.

“Quite simply, 3D is all about enhancing the sense of immersion,” he explains. “If you’re the type of gamer who likes to hang out on the couch with his friends and joke around while casually playing a few rounds of Killzone 3, you’re probably not going to get a whole lot out of 3D.

“On the other hand, if you’re the type of gamer who likes to invest themselves in the game, playing well into the wee hours of the night just to complete the next mission or multiplayer match — 3D will absolutely enhance your experience.

“The game world is that much more tangible in 3D; environments are more easily readable, combat encounters pack a bigger punch.”

I can’t personally imagine playing “well into the wee hours” with 3D glasses on, at least without vomiting onto my hands and testicles as a result. I’m still not entirely convinced that 3D is the immediate future of games, but hey, at least it’s an option.

Keep reading Destructoid for more Killzone 3 stories, all coming up!