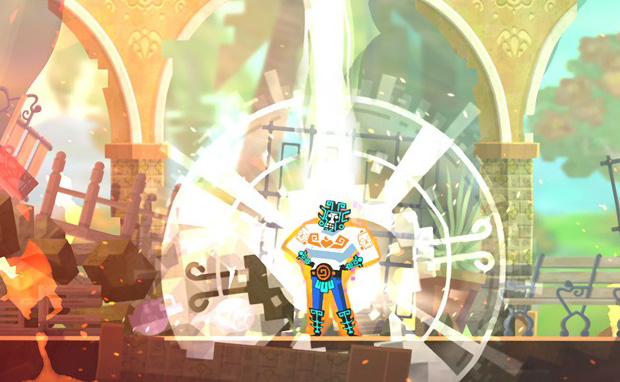 How many copies of Guacamelee! is too many? At first glance, I was sure I’d be able to pass on the recently-announced Super Turbo Championship Edition for Xbox 360, Wii U, PS4, and Xbox One having played it once before on PS3. Now that I’ve seen the trailer and heard specifics about what’s new from DrinkBox, I might need to reconsider.

The all-new content is nice to see and makes double (or triple) dipping that much easier. But, if I’m reading that wording correctly, it’s the ability to swap dimensions independently that has me interested. When playing the original Guacamelee! cooperatively, switching between the world of the living and the dead in sync with your co-op buddy got to be real frustrating. It was often easier to just let one person complete a platforming section while the other waited, which was no fun.