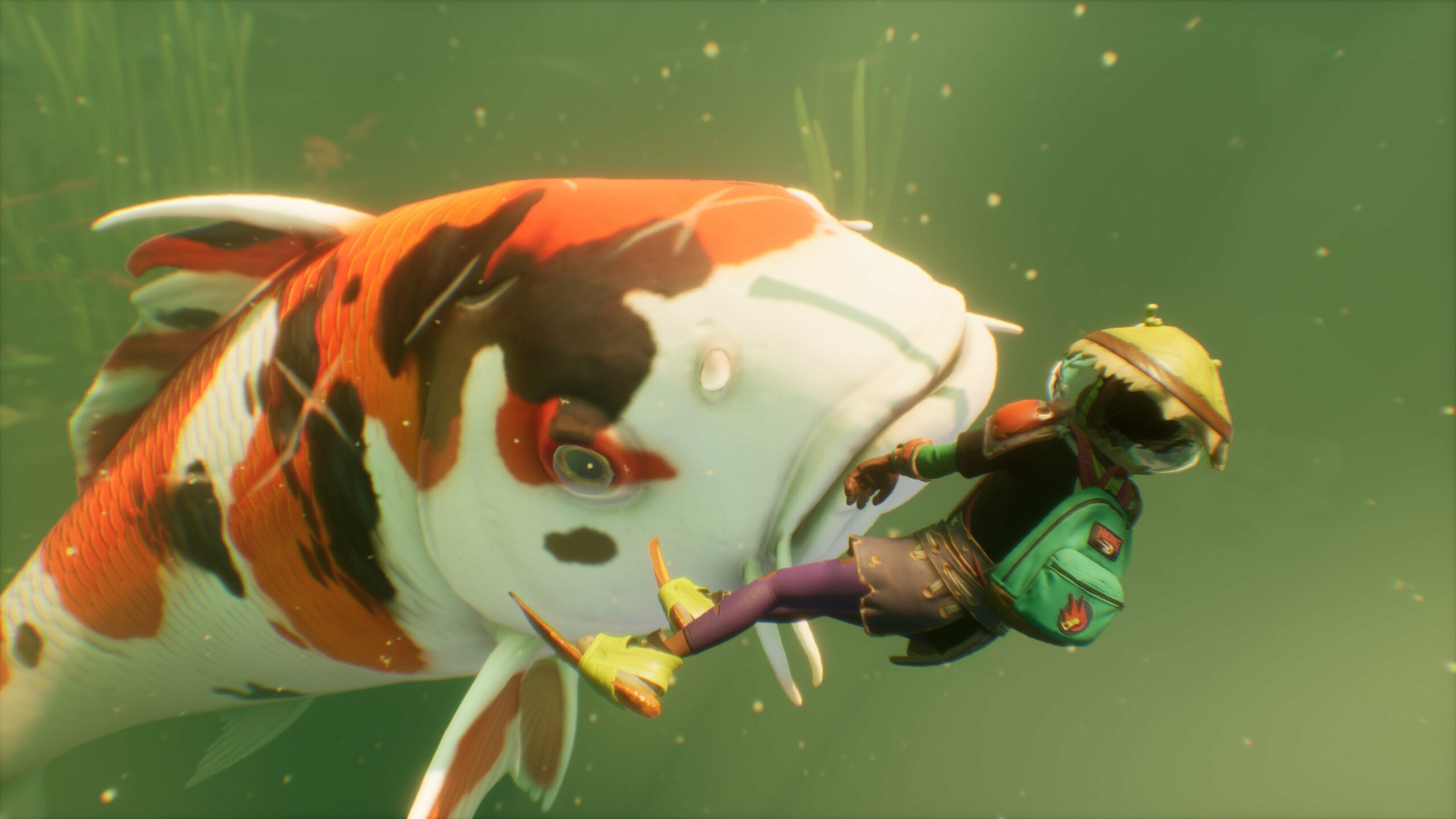 Apart from the giant freaky fish, watch out for diving bell spiders in the newly-released Koi Pond update on PC and Xbox

I knew this update was coming, but I’m still kind of shocked now that it’s here: Grounded has a massive koi fish watching over the unnerving pond biome, and it’s giving me nervous Sekiro flashbacks.

Rather than just setting the scaly fiend loose and calling it a day, the large-scale update includes more in-depth swimming mechanics (with recipes for items like the Gill Tube rebreather and Fluid Flippers) and new overgrown foes to stare down including pudgy tadpoles and nightmarish diving bell spiders.

In a letter shared by the team, Obsidian said it has “a bunch of quality-of-life fixes” and “improvements to base building” on its plate, to say nothing of flying threats, which are “a high-priority feature.” The developers are still pumping out smaller updates, but they’re “focusing on larger content releases.”

The Koi Pond zone isn’t finished yet – underwater caves and “a revamp of the lab in the depths” are on the docket – but looking ahead, Obsidian will shift to the Haze biome “and then the Sandbox.”

“Once we feel all the content is in a good place, the next step is a story, quest, and content pass over all the existing labs,” said Obsidian. “The goal is to unify the experience by adding quest connective tissue and a satisfying payoff for completing each lab. In an upcoming story update, you will be able to complete this quest, which will tie into what we are calling the first story chapter of Grounded.”

Grounded has surpassed five million players thanks in large part to its inclusion in Xbox Game Pass. If you’re struggling to find something to play in the library (analysis paralysis is very real!), I’d give it a nod for sure – especially the 60FPS version for Xbox Series X/S. This world is so much fun to explore.

I have no doubt that when everything is said and done, Grounded will be one of my survival favorites.