The Games with Gold lineup for August looks good. It’s probably not enough to convince me to renew my lapsed Xbox Live Gold membership, but I seriously considered it for a minute there.

On Xbox One, Metal Gear Solid V: Ground Zeroes will be free to download from August 1 – 31, followed by How to Survive: Storm Warning Edition from August 16 – September 15. I played the latter years ago — at E3, I think it was — and thought it showed promise for a zombie survival game. 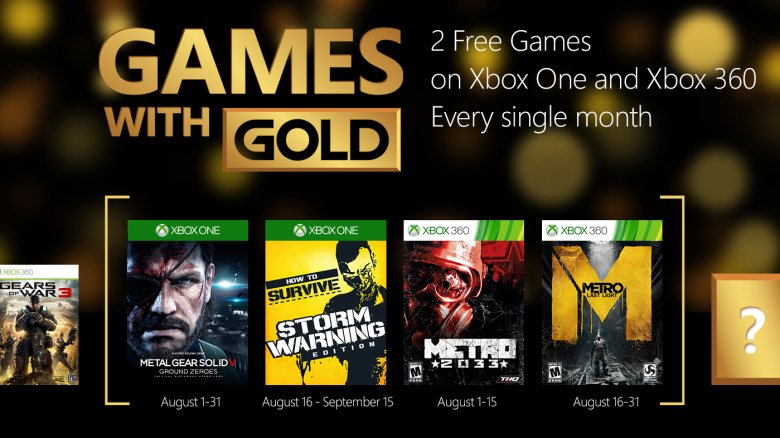