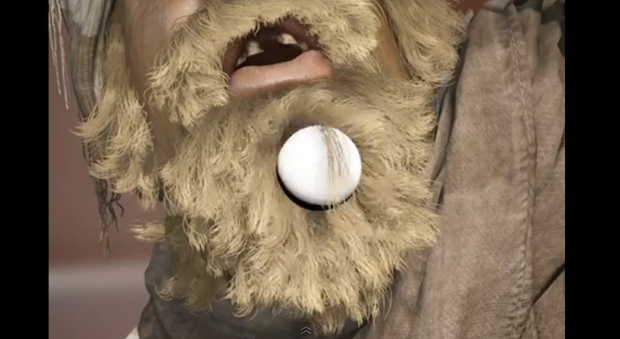 Watch these demonstrations of Square Enix’s next-gen engine Luminous Studio while you can because the last few of these videos were yanked off YouTube very quickly.

These videos take the awesome Agni’s Philosophy Final Fantasy tech demo we saw at E3 and plays with it a bit. The one above takes one poor man and freezes him in the middle of what looks to be an agonizing death crouch and starts to play with his hair and face coloring. Watch him go black face, and then later all Epic Beard Man. It’s very technical stuff, but it’s still amazing to see being manipulated so easily.

The other two we found on VG24/7 show off more hair tech. The one with the head hair flopping all around (below) is pretty impressive, but also kind of creepy. The creepy level increases when they have a ping pong ball popping in and out of agony dude’s beard. Gross!