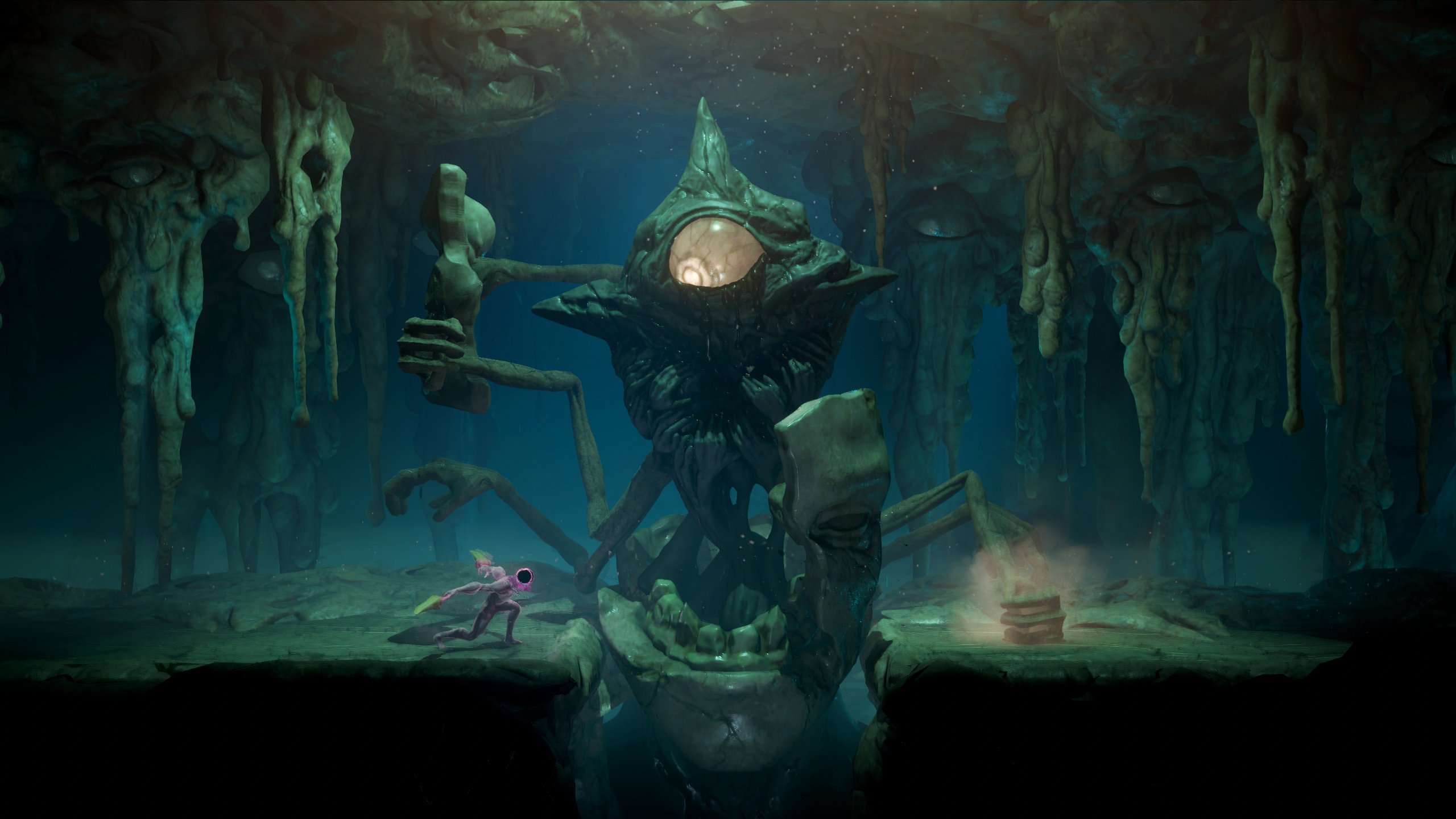 Coming to Steam in 2021 and other platforms later

We’ve seen a fair few soulslikes, and plenty of metroidvanias, but it’s not every day that a game can lean in both directions and still stand out in the crowd with an unmistakable look. Grime is getting there. It’s aiming for a 2021 release on Steam courtesy of Clover Bite and publisher Akupara Games.

Apart from a surreal world with “weeping caves,” “face-covered deserts,” and nasty “living weapons,” I’m most intrigued by the way you gain skills in Grime – you can absorb enemies and “use their traits against them.” That goes for bosses, too. The big lugs can teach you combat and traversal abilities.

According to Akupara, “other platforms” will be announced later, so there’s hope for console players.

I don’t think I’ve ever played a game with a centipede whip before.