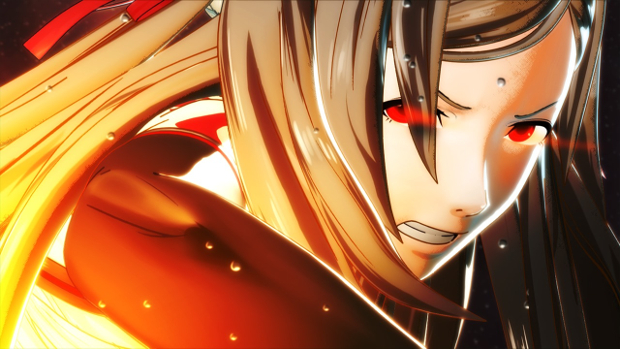 We learned about Lily Bergamo, a new game from Suda51 and Grasshopper Manufacture, last month when Suda51 took the stage at a Sony press conference in Japan. The team hopes to have the PS4 game playable by next TGS and released by 2014, according to Siliconera. It’s in the future, but not out of grasp. A North American trademark for the title was filed recently.

The Siliconera TGS coverage of the game also revealed a bit more than the above teaser shown at that initial press conference.

Lily Bergamo is an online action RPG, which explains why it was described as the first title to “capitalize on the strength of [both Grasshopper Manufacture and GungHo Online].” Accordingly, there is some sort of mobile integration with the game’s world that may have some interplay with the PS4 version.

We also learned the game takes place in 2043 and its lead’s name is Tae Ioroi. It will be interesting to see how the mobile integration plays out — if it’s a game or a tangential companion app. I still love the art style enough that the North American trademark has me more hopeful of the game releasing outside of Japan.

Lily Bergamo Trademark Filed in North America by GungHo Online Entertainment [AllGamesBeta]
Lily Bergamo Is For PlayStation 4, But You Can Also Visit The World On Your Phone [Siliconera]