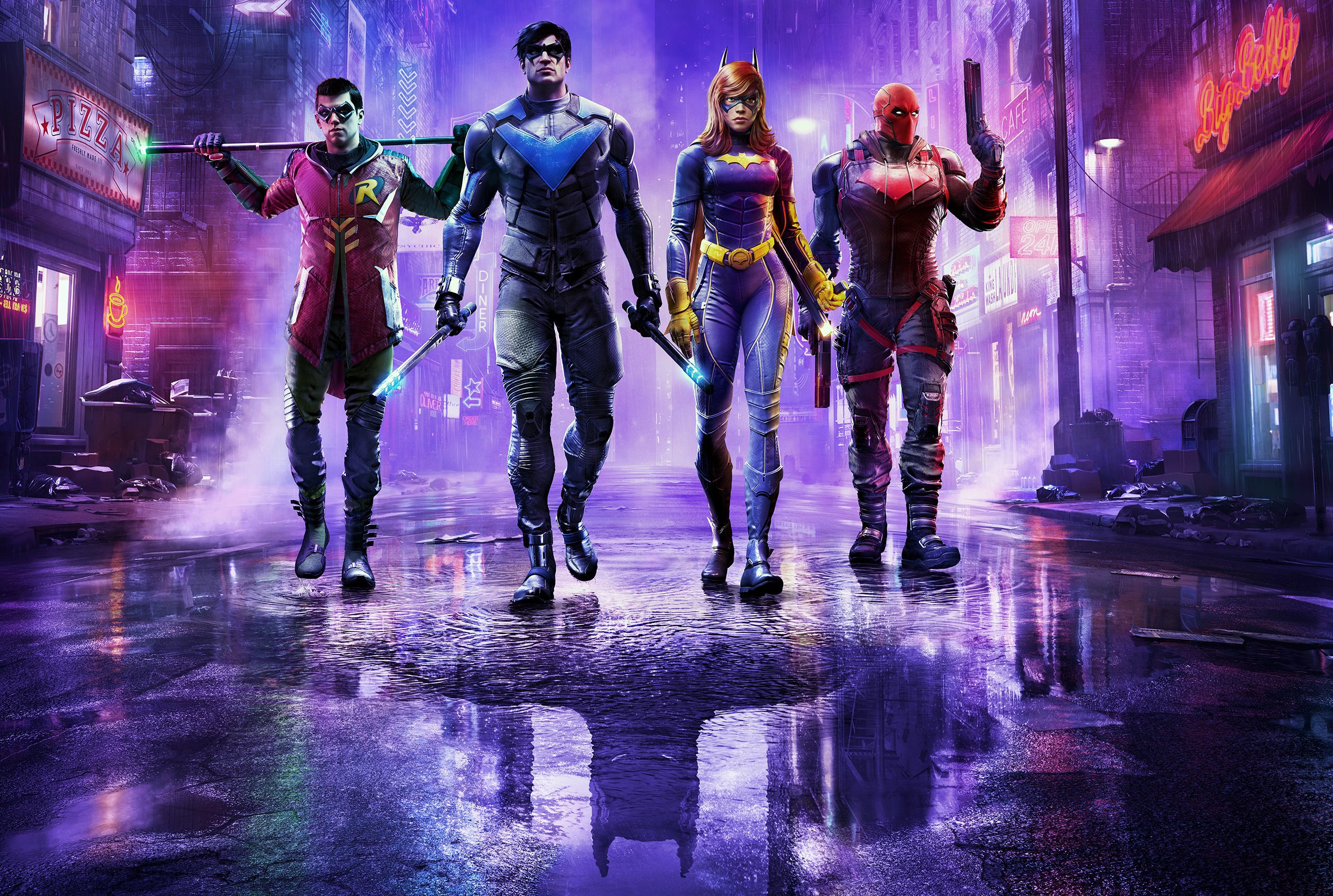 Fully aware that it has been a day and an age since we last received any meaty information on the release, Warner Bros. Interactive has released the key art for its upcoming DC Comics adventure Gotham Knights, currently in development for PC and consoles.

The purple-hued pic sees our four heroes, Robin, Nightwing, Batgirl, and The Red Hood, stepping forth on the dark and dangerous streets of Gotham City — the presence of the dearly departed Batman reflected in the puddled pavement. All incredibly skilled in the fine art of bone-breaking, one remains utterly befuddled as to why anyone low-tier criminal would even consider squaring off against what is, essentially, a band of rich ninjas.

We’ll find out soon enough, either way, as developer WB Montreal, (of Batman: Arkham Origins fame), has announced that we’ll be receiving a glut of new details surrounding Gotham Knights on October 16, when the multiplayer adventure takes the stage at DC Comics online event DC FanDome. This event will bring fans up to speed on every facet of the DC universe, from comics, to TV shows, to movies and, of course, video games.

DC FanDome kicks off October 16 and can be viewed on the official website and its related social media. Gotham Knights will launch in 2022 on PlayStation, Xbox, and PC platforms

Your Legacy Begins Now. Step Into the Knight. #GothamKnights pic.twitter.com/XGb8hLaHl9